[HanCinema Korea's Diary] It's a Dog's Life: Reflecting on Animal Care in Korea

Korea may not seem like the most ideal place to own a pet, especially within one of its many bustling cities, but there is a growing number of animal lovers that have committed themselves to the care and nurturing of our favourite creatures. Websites like animalrescuekorea.org and koreananimals.org have created a social space for foreigners and locals to meet and facilitate the care of animals and the support has been nothing short of amazing. 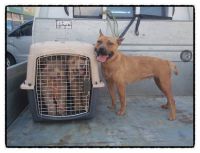 Coming to Korea was difficult on many levels but one area in particular was hard to overcome - leaving my two troublesome pooches back in South Africa. Having lived in a household that always had dogs and cats to feed and care for, it was a challenge to give them up knowing that I could not explain where and why I was going. Now in my third year in Korea I adopted a beautiful dog that was found abandoned in a park. Since then I have come to see just how dedicated some people are in Korea to our furry companions.

I think the first time I saw an animal in Korea, other than the odd obese pigeon scavenging around street stales, was outside my first school. There was an "Etang Pizza" place that had a big Jindo continuously chained outside the store to a doghouse. I immediately felt sorry for that dog in that I knew just the kind of life a dog should have. Running around with grass underfoot, chasing birds and socialising with other dogs, these are the kind of things I would want to give any dog I chose to care for. But I felt that this kind of life was rarely going to be possible for the majority of dogs in Korea. 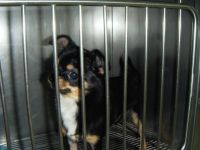 The dogs that I have seen in Korea barely fit the size requirement of a dog. Pocket sized things with handbags as homes that one would be afraid to step on in fear of crushing it. But the average Korean residence in limiting in size and having a private garden of any measure is something that I personally have never seen. Housedogs then are what people have, even going so far as to dress them with shoes and sweaters. Ridiculous, some might think, but the culture of dog ownership in Korea is just one of many areas the mark a stark difference in culture between Korea's and my own.

Korea's capital Seoul has many small animal friendly cafes that encourage socialising of pets outside the home. Korea has many a beautiful and large park, but the attitude towards animals, dogs in particular, is one of extreme caution and suspicion. A large portion of the population seems to fear dogs. I can't tell you how many people I've walked past or approached and their first reaction is to get to a safe distance before cautiously passing me. I know that not everyone is a dog lover but it appears to me that interacting with animals is not something that occurs enough in a Korean's daily life to produce a respect and love for them. Education is the key here and when I see a parent quickly grab their children or show an unjustified fear themselves, it does nothing but prime their young ones with a irrational fear of animals.

The Jindo is a beautiful and stanchly loyal dog specific to Korea. The Korean 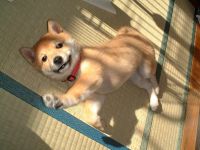 government even named them the 53rd "National Treasure" in 1962. But for being a national treasure I have seem this beautiful creatures woefully mistreated. A brief walk around my neighbourhood would reveal no less that four of these "National Treasures" chained up all day with a foot of rope for what purpose I can't say. Maybe for protection, but that notion doesn't hold any weight for me in Korea. Why are these dogs, and others, being mistreated? It's a question I fight with and continually get frustrated over particularly because the animal laws in Korea are thin and rarely enforced. They is not much one can do if an animal appears to be mistreated. In fact if they are, the only thing you can do is offer to buy them off the owner at an inflated cost. It is a social issue that will not be address correctly until a great social consciousness emerges for the love and care of animals.

Sites like Animalrescuekorea.org and koreananimals.org are a shinning light in all this for me. While not a charity organisation themselves, animalrescuekorea.org aims to act as a meeting ground for animal lovers to network, find homes for homeless animals, fostering animals, fund-raise, offer volunteering options at local Korea shelters, and share ideas on their forums. It's a wonderful initiative that deserves all the support it has and more. 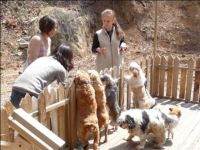