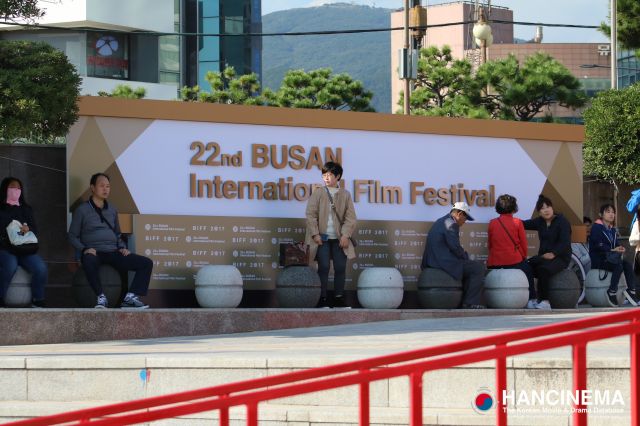 The Busan International Film Festival is an event that the entire city of Busan takes part in. Outside of the dedicated complex for the activities of the film festival, several locations around the city serve as places for open talks, hand-printing, lectures, screenings, and more. One of the more picturesque locations is the BIFF Village located on the famous Haeundae Beach, a top tourist spot for the seaside city. 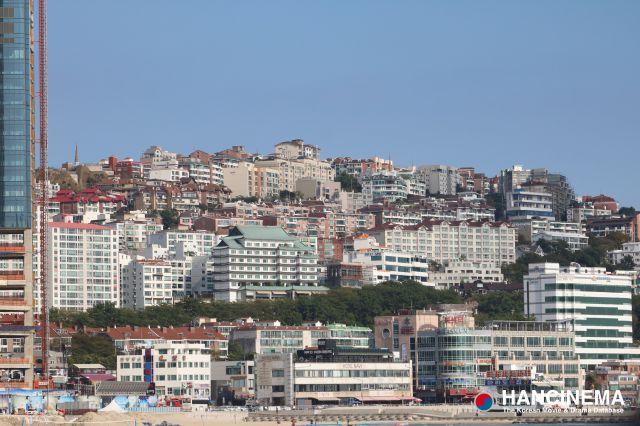 Open talks and film greetings take place on the outdoor stage like the one featured in the Moon So-ri piece. Behind the stage roll the ocean waves while on either side sandy beaches stretch beneath the busy city. 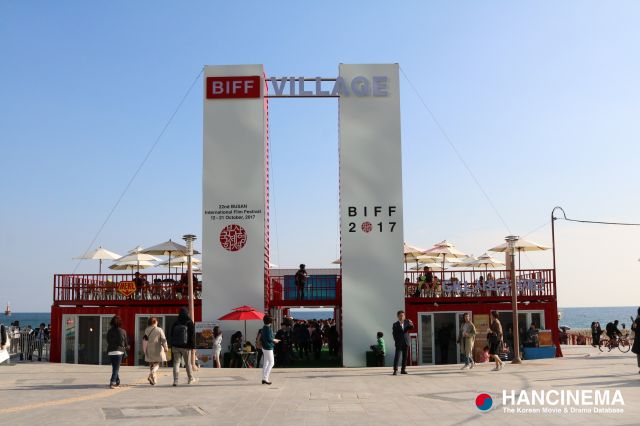 The actual BIFF village houses places to eat, advertiser booths, a gift shop, small museums, and information areas. The day I visited was absolutely stunning, with the smell of salt on the breeze, the sun shining brightly, and fluffy clouds floating lazily across the blue, blue sky. 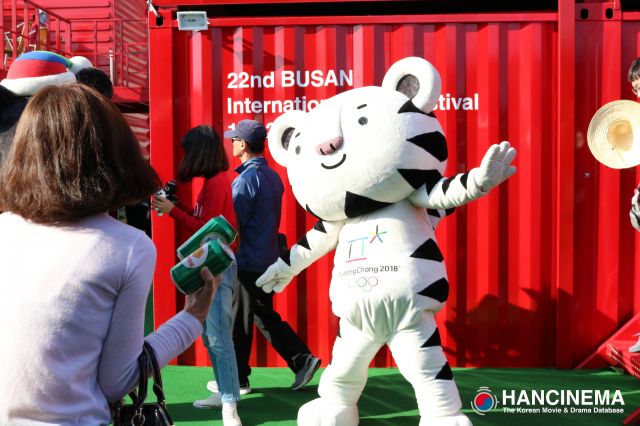 The next winter Olympics will be held in Pyeongchang, a city almost directly east of Seoul, South Korea's capital city, and about five hours by bus directly north of Busan where BIFF is held. But hosting the Olympics is always a point of pride and excitement for the hosting nation, and the two mascots were present at the Haundae BIFF Village to get the visitors into the Olympic spirit. 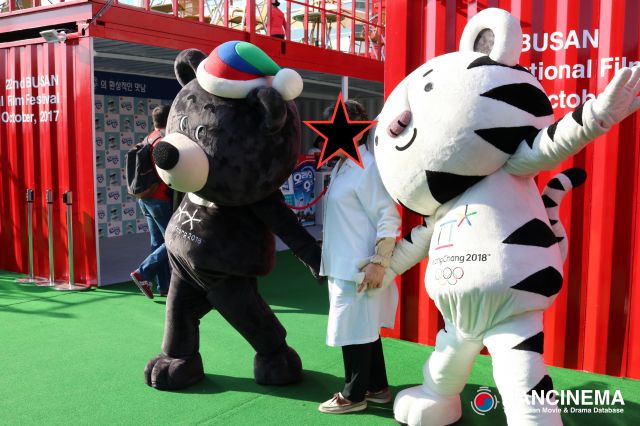 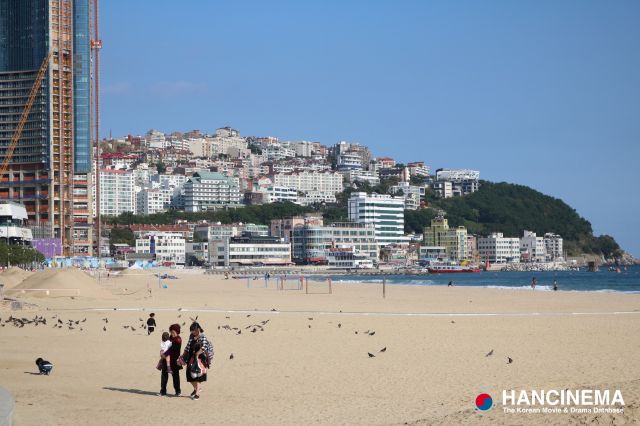 The lovely view beside the outdoor stage really adds an air of peace and enjoyment to all of the bustling activity happening from start to finish of the 22nd Busan International Film Festival. Stay tuned for more highlights from the festival from now until the 21st when this year's events come to a close.