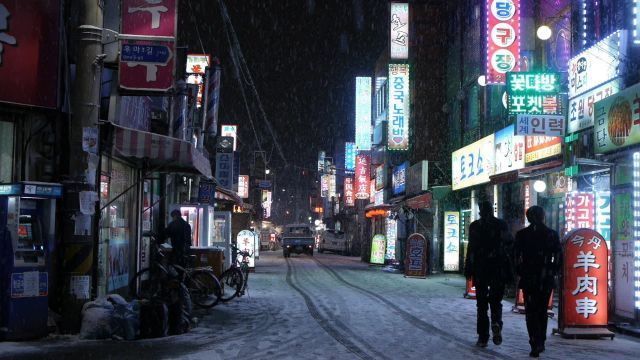 I got the chance to see the 2013 Jeonju Digital Project. Every year, JIFF finds and funds three directors on a specific theme. This years- strangers. The only other requirement is that they must be over thirty minutes in length- not quite feature length, these pictures all capture a specific, interpolated idea. 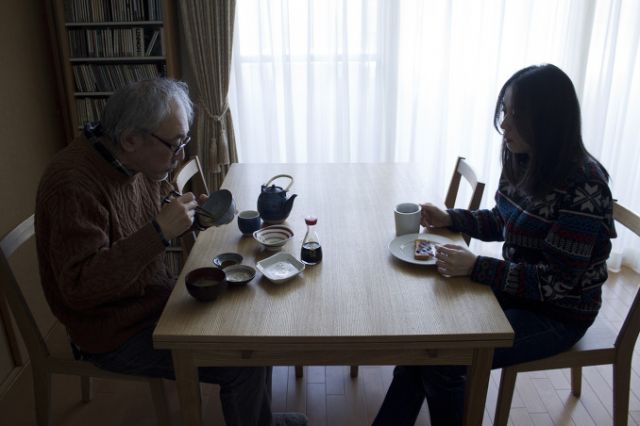 "Strangers When We Meet", directed by Kobayashi Masahiro, is a Korean-Japanese film telling of the strangely stunted and silent relationship between a man and his wife. Their daily grinds are reproduced in exacting, shaky detail. This film often felt tedious, and I was still dubious even when the explanation for their strange behavior is finally revealed. But since watching I've warmed more to this film in memory. It has this curious exacting feeling of making the audience demand answers while the characters themselves really just don't feel like giving any. 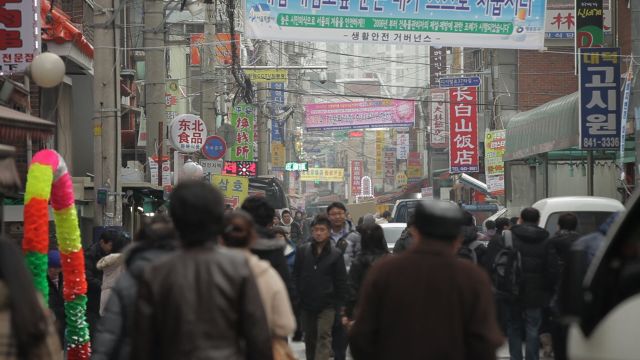 "Over There", directed by Zhang Lu, is a focus on immigrant laborers in Korea and their daily grinds. The key connecting aspects between the various pieces are their dreams as the laborers express, sometimes in their native language and sometime in broken Korean, how their subconscious nighttime slumbers reflect the rather grim-looking industrial wasteland that they call their current home. I had a lot of difficulty connecting with this material- I can give a better explanation why later in this article.

"Someone's Wife in the Boat of Someone's Husband", directed by Indonesian director Edwin, is my favorite of the set. It tells the story of a couple of traveling tourists who converge separately on an isolated Indonesian island tell and try to exact stories from the locals. One has much success by listening and asking for rationalizations. Another, with a more specific goal, has difficulty finding anyone knowledgable on the topic. Edwin's film is an excellent commentary on what separation really means- while most of the "actors" in this film are just village locals, it's unmistakable how well they blend into the environment and belong to the village. A stranger, by contrast, with unusual clothes and strange narrative ideas, is always just so far away from appreciating the culture as it really is. A beautifully shot film, while it meanders a bit at the end, I hope it gets picked up for larger distribution.

After the screening was complete I was off to two press conferences, one for the directors of the Jeonju Digital Project, and another for the jury members of the Korean film competition. Paraphrased transcripts of these conferences will be due out in the coming days.

Once that was finished I had the pleasure of attending the JIFF Master Class with director Ryoo Seung-wan, where he discussed the visual design aspects of action movies. I was, unfortunately, too tired from my work so far in the day to get as much out of this lesson as I could have. What I can speak to is that the audience, largely filled with Korean students, was completely riveted, and sold out. Ryoo Seung-wan had an easy-going rapport with moderator (name missing), and two had a well-versed discussion as to topic with many clear examples. Many smooth jokes were cracked, to the delight of the audience, and audience questions were pronounced and passionate in regards to their deliberate scope. Had time been permitting the session would have lasted long after the ninety minutes allowed for it.

My last take for the day was "Garibong", a film by Park Ki-yong. It concerns the lives of Chinese migrants living in Garibong, a neighborhood in Seoul. It consists entirely of long, deliberate shots of the daily lives of these Chinese migrants. I honestly had difficulty staying awake, the pacing was astonishingly slow. To my surprise, the almost entirely Korean audience had little trouble staying alert and many were quite attentive during Park Ki-yong's Q&A (to be paraphrased in a later article). I realized that this film, like "Over There", portrays placid, unremarkable lives on their own terms. The residents of Garibong are neither fully Chinese nor fully Korean, something that feels accentuated by how the residents are so often portrayed just indistinctly enough via sight and sound that's it's difficult to get more than a broad outline of them. Even in their daily lives, they all seem marginalized, literally more than metaphorically.

"Garibong" and "Over There" are interesting companion pieces when taken together, because while they have very different approaches to the same subject matter, in neither case could I fully process the alienating experience. It's ironic as I've lived most of my life in the American southwest, where an easily grasped analog can be found among the marginalized Mexican and Latin migrants of the area. While these groups are often described politically, I'm not at all used to them being characterized emotionally, in film or in real life. I wonder what sort of effect this may have in the years to come, as South Korea acquires a larger minority population. I've heard comments to the effect that this is a recurring theme in Korean film, and it will be interesting to see whether it ever becomes a mainstream sentiment.