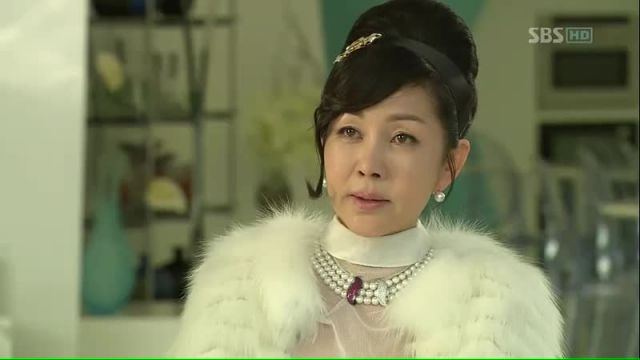 If I asked you to think of a typical Korean drama mother or mother in-law, you would probably imagine a screeching, nagging, broom-wielding, terrible perm sporting woman with an attitude that a teenage girl on her time of the month couldn't rival. If I asked you to think of an actress who embodied this stereotype, one of the first women you would think of would be Park Joon-geum.

Mrs. Park has played every kind of Korean drama mother imaginable, and a few aunts to boot. She is perhaps best known as the terrifyingly unsympathetic mother in "Secret Garden". What makes her one of the staple actresses in Korean drama is not her age or her ability to shriek and glare. It is her ability to adapt to and mold to each new role. For someone who plays similar roles from drama to drama, it is essential that she can bring a different flavor to each unyielding mother.

Mrs. Park is always able to present the central conflict of her characters cleanly and clearly. Each of the mothers or aunts or mother-in-laws that she plays may be against her child's romantic interest, but their motivations differ as do their situations. For example, Han-se's mother in "Smile, Love" was selfishly motivated. She didn't care much for her son's happiness and focused more on the welfare of her company and on her pride. Mrs. Park's portrayal of her was hard, cold and worthy of very little empathy. Kim Joo-won's mother in "Secret Garden" on the other hand, was motivated by status, but she sincerely believed her son would suffer if he married beneath him. Her actions stemmed from genuine emotion and under each and every cruel word, Mrs. Park made this mother infused love for her son into her cruelty. Her glare lacked the stony veneer of Han-se's mother. It was softened by pain. It's the nuance that first made me take notice of her.

What is wonderful about Mrs. Park is that she has a wickedly acute sense of comedic timing and an array of amusing faces to match. In 2011's "Ojak Brothers", she played the scorned wife of a cheating husband and a concerned mother of a grown child made pregnant before marriage. In her concern for her daughter, she was seriously invasive of her privacy in an absurdly innocent way that made for many laughs. She also enacted small retributions against her husband that allowed for Mrs. Park to display a huge array of her funnier faces.

In the time travel drama "The Rooftop Prince", Mrs. Park played a sweet-tempered, clumsy aunt, departing from her usual role of manipulative mothers. It was very surprising to see her play a woman who lacked an agenda, albeit quite refreshing. The role showed off her capabilities as an actress who is more than an angry mother, which made it one of her most endearing roles  to date. It made me want to see her in a role that requires more depth because the actress is capable of more.

Park Joon-geum is an often cast, but underused actress. Her talents far surpass the roles she is given. Perhaps it is what she is offered. Perhaps those are the roles she chooses to take on. In any case, she has the subtlety to take on bigger, meatier roles and I look forward to seeing if she does.