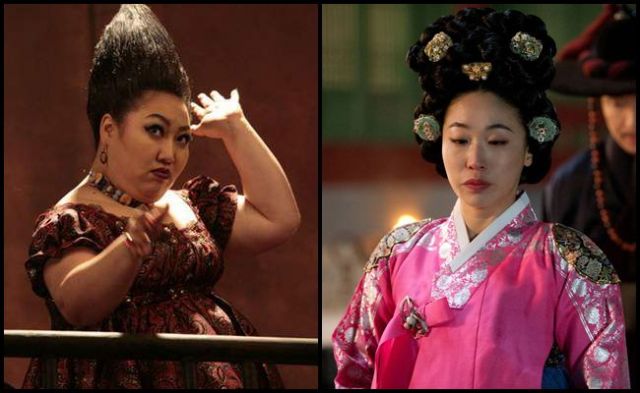 As lovely as it would be to live in a world where popular entertainment is all about representation and inclusion, this is sadly not the case. Presentation matters in any industry where popularity and glamour play a part. Looks and marketability matter. Depending on the specific industry or type of work, it can sometimes be all that matters. We live in a world where gender inequality is also a reality. Men can still lead works if not strictly within the category most popular in terms of visual appeal.

However, for women, the standards in terms of being aesthetically pleasing are very narrow. That is to say, in all types of entertainment, including Korean cinema and drama, there is a very limiting beauty standard most female actresses need to adhere to in order to be considered acceptable in leading a work. Talent being all that matters is a happy thought, but it is sadly not how these industries largely function. In this piece, we are looking at two lovely actresses among the many who deserve recognition past their unconventional and not easily marketable appearance. The ladies we are looking at are singer and musical actress Park Jun-myun and actress Lee Mi-do. 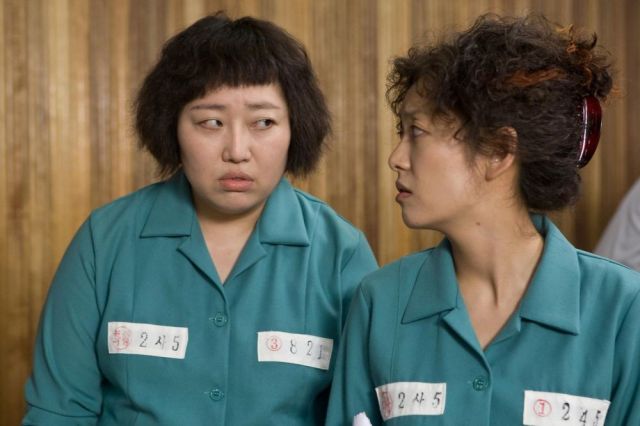 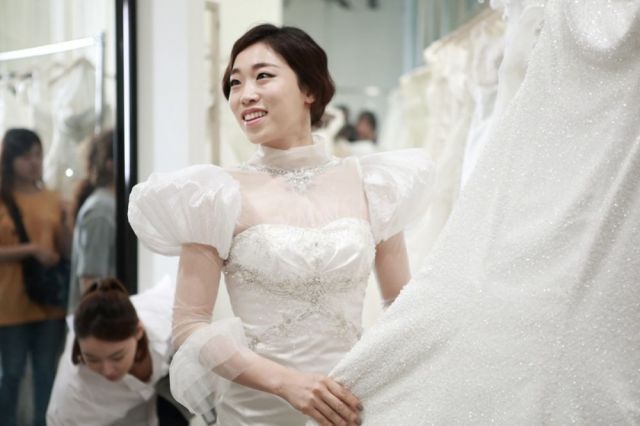 Park Jun-myun has been around the musical scene since her debut in 1994. Since 2004, she has also been an actress in film and drama. As a musical actress she has gotten to show that side of her skills in roles such as the ghost of a musical diva in 2006 movie 'The Ghost Theater' and an inmate joining a choir in 2009 movie "Harmony". She has also been in works with a distinctive tone and style, such as movies 'I'm a Cyborg, But That's OK' in 2006 and "Antique" in 2008. On the drama side, Park has worked in shows like 'Opposites Attract' in 2008 and 'Marry Me, Please' in 2010. Many might know her from OCN's "God's Quiz" series, where she has played coroner Jo Yeong-sil for four seasons to date.

Lee Mi-do's first work in Korean cinema was the movie 'Flying Boys' in 2004, after which the she got busy with all kinds of small, cameo or secondary roles in this industry. Some of Lee's smaller and cameo appearances are in works such as 2009 'JEON WOO CHI : The Taoist Wizard', 2011 "Pained" and a short, but powerful performance in 2012 movie "26 Years". She has also had more screen time and more central roles in works like 'Happy Killers' and 'I Am a King' in 2010 and 2012 respectively. Lee entered the drama industry fairly recently, having made her first appearance in this field in tvN's 2012 show '21st Century Family'. The most recent roles she had a secondary part in are 2014 dramas 'Fated to Love You' and 'Mister Baek. 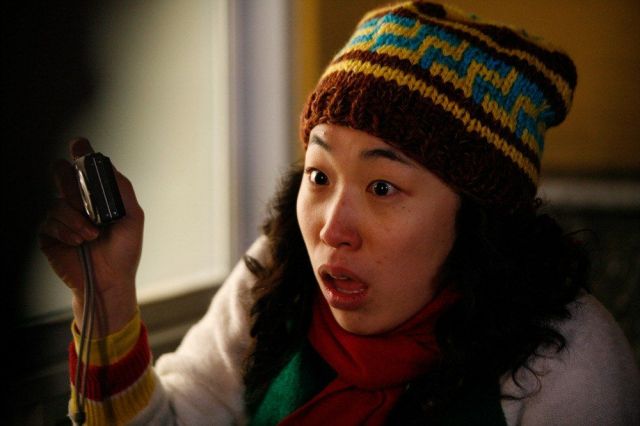 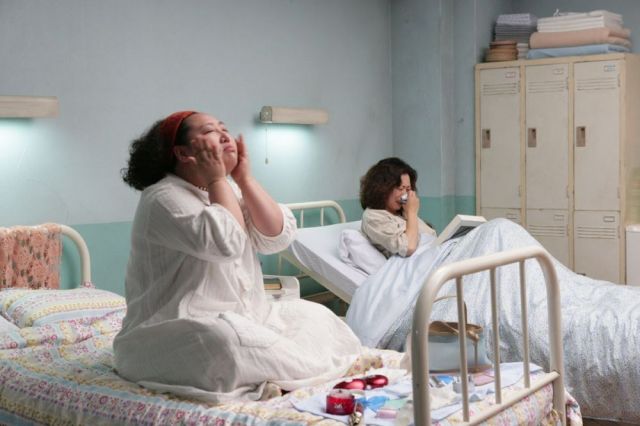 As already mentioned in the introduction, both Park and Lee have had their careers in acting at times shaped by their appearance. For a lot of star actresses, choices are in richer offer than for other types of performers. It only takes one look into the filmography of the ladies we are presenting here to see roles which relied on and revolved around their looks. Park was specifically cast for her weight in a number of occasions and Lee's role in 'Happy Killers' was a comic relief "ugly girl", placed as a polar opposite to Shim Eun-kyung's character to generate laughs and offer some contrast. This is the sad reality of the entertainment industry for actors without the checklist of marketable qualities which can sometimes be very big.

What makes actors like this so admirable, however, is that they do their best despite the limitations placed for them. Both Park Jun-myun and Lee Mi-do are a pleasure to watch on screen. They are both very emotive and they bring so much energy and charm to their characters. We often mix appearance with appeal and charisma, but those are separate things. Actors and actresses such as the two here are the kind that can often overshadow any number of celebrities that are considered more attractive and mistakenly more worthy of their roles. When looking at strengths, Park and Lee have similar ones. They both make their characters feel very easy to sympathize with and get immersed through. They can handle both comedy and drama well enough and adjust their acting style to the work and character. 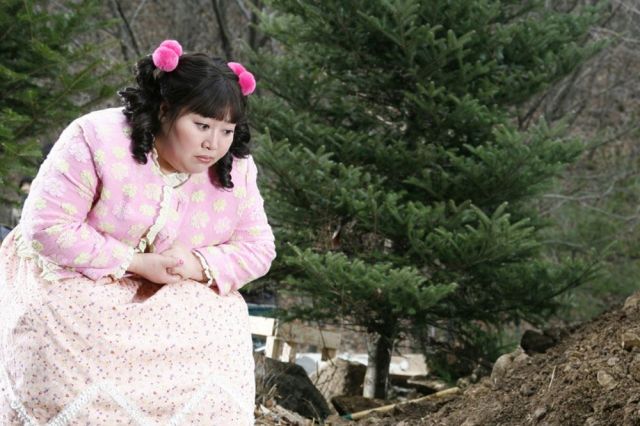 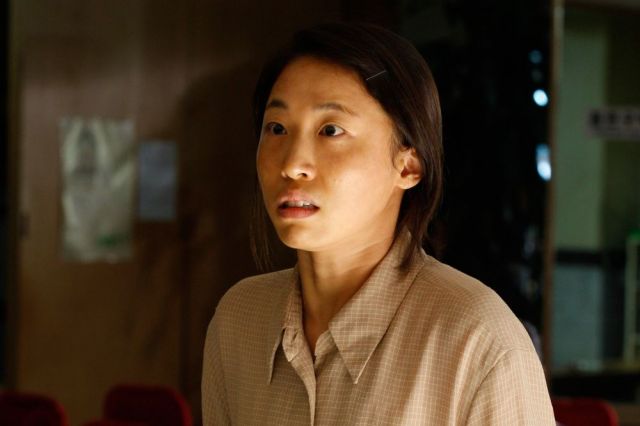 Moreover, they do not let the position of their role affect how they do their work, which is something that others allow to influence them. From the smallest cameo to a more central role around the protagonists, both Park and Lee are actresses that give their best efforts. Due to her experience in musicals, Park's way of expressing herself with her entire body make her performances feel fuller and exciting to watch. Lee's experience with all types of female characters give her acting practice those only landing the same type of leading characters do not get. While actors like Park and Lee are limited in terms of options, they get much more freedom to create than those limited by their popularity, which often requires specific types of roles to be maintained.

This piece is both a short turning of the spotlight to these two actresses, the type of which we do not usually see features on and buzz around in the international fan community. It is also a reminder that the male and female actors who make our movie and drama experience richer are talented artists who deserve recognition and respect for their work. Many of these actors are as worthy or more worthy artists than a lot of the popular stars we put on a pedestal. There is nothing wrong with liking attractive celebrities, but it is also good to sometimes take a moment and appreciate, but also support those who are working equally hard despite their lack of privilege. For female viewers in particular, actresses like Park Jun-myun and Lee Mi-do are artists they can look up to and relate to in entertainment. Hopefully, they and others like them will entertain us for a long time.