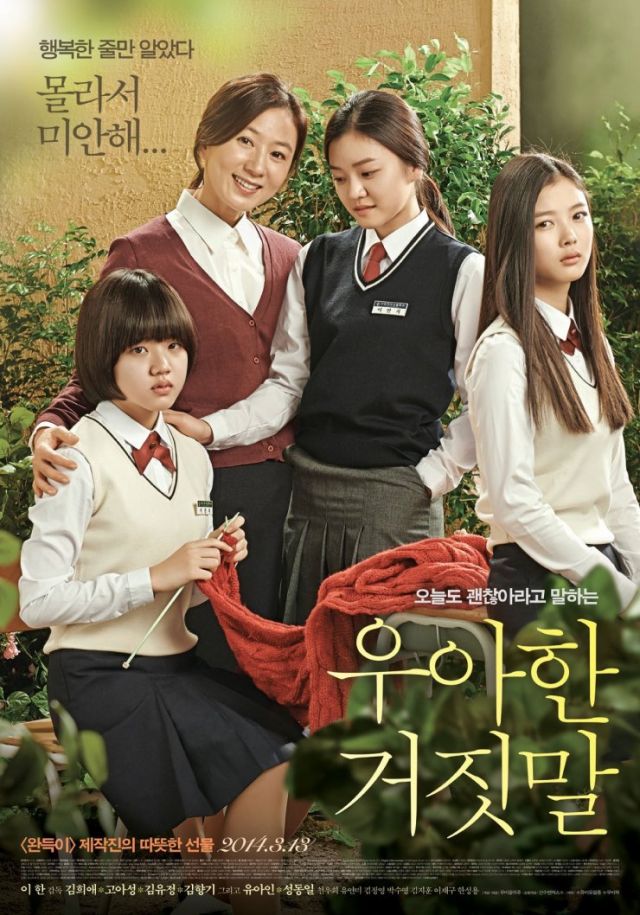 "300: Rise of an Empire" fell from grace this past weekend as "Thread of Lies" opened strong with 447,454 admissions (26.5%). Lee Han's last film, "Punch", attracted over 5 million filmgoers back in 2011, and now his latest has made the most of its 555 allocated screens to claim the top spot in week one. Last week the fantasy war epic "300: Rise of an Empire" took gold with over 6K admissions, however after that initial excitement the adaptation fell one place with just 303,280 (20.4%) to its name. Murro's hyper-stylised retelling of the Battle of Salamis now sits on an admissions stack 1.3 million high after two weeks in the chart.

Another successful Korean entry came in the form of "Monster - Movie", an action thriller by director Hwang In-ho starring Lee Min-ki and Kim Go-eun. The film, Hwang's second after the 2011 romantic comedy "Spellbound", claimed 287,750 admissions (18.3%) over 527 screens to occupy third, but was closely followed by the American thriller "Non-Stop" (227,876 - 13.95%) in fourth. "Non-Stop", starring the stoic Liam Neeson, entered in first at the beginning of the month (claiming more than 7K admissions), but has since seen its shares fall from grace as it slowly moves towards the 2 million admissions mark.

The Korean box office has been rather flat lately, with few films being able to hold onto first for second term. However one consistent performer can be found in "Miss Granny", a comedy drama that shot to stardom over the Lunar New Year holiday and is now enjoying its eighth week in the chart. Over that impressive period Hwang Dong-hyuk's efforts has attracted over 8.5 million filmgoers, 68,771 (4.1%) of which came from this past weekend. Hot on granny's heals was the American biopic "12 Years a Slave"; the Oscar winner claimed 67,614 admissions (4.1%) to advance its total tally to just 420,128 as Korean audiences seem less enthused than the Academy was.

In seventh came the British comedy "One Chance" by David Frankel with 47,261 (2.8%), while the Academy's top animation "Frozen" followed in eighth. "Frozen" added 40,767 stubs (2.4%) to bring its total admission count in Korea to a recording-breaking 10.2M ($76.6M). The film won the Best Animation award at this year's Oscars, and Korean cinephiles have been firmly behind the film since its January release. Disney's ice princesses have featured in Korea's top ten now for nine weeks, and has become the most successful animation ever to be released in Korea.

Rounding out this week's top flicks now and in ninth position we find "Pompeii" on 20,599 (1.2%). This historical drama started off with a bang three weeks ago where it claimed first with almost 5K admissions, however since then the film has floundered and has been steadily tumbling towards the wrong end of the chart. Lastly, the American romantic drama "Endless Love", based on the novel by Scott Spencer, came in tenth with its featherweight tally of just 11,713 admissions (0.7%).