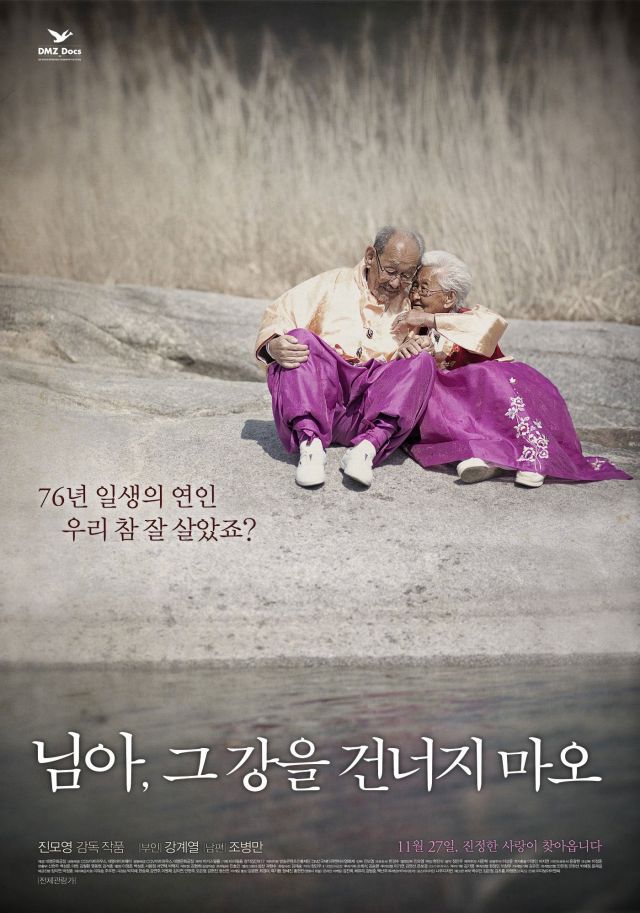 The biblical epic "Exodus: Gods and Kings" failed to return to the top celebrating a narrow victory over the cosmically curious "Interstellar" last weekend. Week two for Ridley's personal odyssey (the film is dedicated to the late Tony Scott) was not as promising as its entry; it slumped to third having captured only 18% (346K) of the box office pie. Above came Nolan's "Interstellar" (396K – 20%), still short 300K of the 10M admissions mark, and, more historically, came this week's number one: "My Love, Don't Cross That River".

Officially released on the 27 November, Jin Mo-young's heartfelt documentary "My Love, Don't Cross That River" entered in sixth, rose to fifth last weekend, and now this record-breaking indie (fuelled by positive press and by word of mouth) finds itself convincingly atop the chart. The film saw its number of screens jump from just 287 last week to 806 here, from which it claimed over 637K admissions (31.6%) to take gold and make history.

Earlier in the year, it was Lee Su-jin's "Han Gong-ju" that was making waves. This dramatic indie went onto score 223K admissions, but Jin Mo-young's lovely documentary has already amassed over 1M admissions ($7.6M); keep an eye on this one as it continues to rewrite indie records and rules.

The top three captured 69% of the foot traffic, all led by two old souls and their take on love, life, and loss. Fantastic. In fourth entered James Marsh's romantic biopic "The Theory of Everything", a romantic rendition of "Travelling to Infinity: My Life with Stephen" (the renowned and accomplished theorectical physicist Stephen William Hawking) that won the hearts of over 138K filmgoers over the weekend (6.9%).

Miyazaki's "Howl's Moving Castle" slipped just the one place to eighth, capturing 53K as opposed the 64K it banked last weekend, while Pitt's "Fury" took the biggest hit as it freefell from fourth to ninth (41K – 2%). Lastly, Jeon Hyeong-joon's comedy "Five Eagle Brothers" (down four places itself) closed out the week by bringing its total now to 201K.