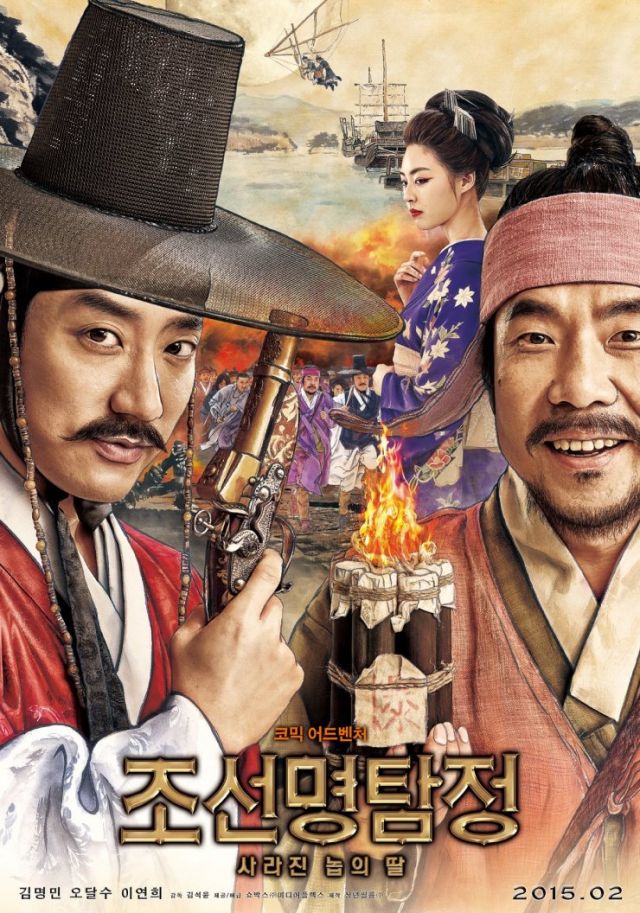 Kim Seok-yoon's "Detective K: Secret of the Lost Island" held on to enjoy another weekend as Korea's choice film, claiming 1.2M admissions (30.5%) over 817 screens to once again outplayed Matthew Vaughn's "Kingsman: The Secret Service" at the top of the pile. Kim's latest, which was released on the 11th, now moves onto 3.1M and is on target to overtake the 4.7M stubs the 2011 original scored.

The "Kingsman", also released on the 11th, added another 899K (24%) over the Lunar New Year weekend to once again secured second place, and was tailed by the massively successful war drama "Ode to My Father". Since its released mid-December, JK Youn's "Ode" has amassed an incredible 14M ($98M) and currently stands are the second highest grossing Korean film of all time. The film's incredible run seemed to be coming to a close last weekend (where is fell to sixth), but the Lunar New Year crowds raised Yoon's drama up the chart as it captured 11.6% of the box office pie.

Not far behind fell the historical thriller "The Imitation Game" (starring Benedict Cumberbatch; based on Andrew Hodgess book: "Alan Turing: The Enigma") by Morten Tyldum. "The Imitation Game" has already grossed $160M worldwide, and over 408K ($2.9M) Korean filmgoers came out over the weekend to catch Cumberbatch as the famous cryptanalyst.

The Japanese animation "Stand by Me Doraemon" (based on Fujiko F. Fujio's manga) occupied eighth with 122K (2.9%), followed by the American 3D computer-animated musical fantasy "Legends of Oz: Dorothy's Return" by Will Finn and Dan St. Pierre (based on "Dorothy of Oz" by L. Frank Baum). "Legend of Oz" banked $482K (71K), and was chased by another Japanese animation: "Detective Conan: Missing Conan Edogawa Case - His History's Worst Two Days" (68K - 1.6%).