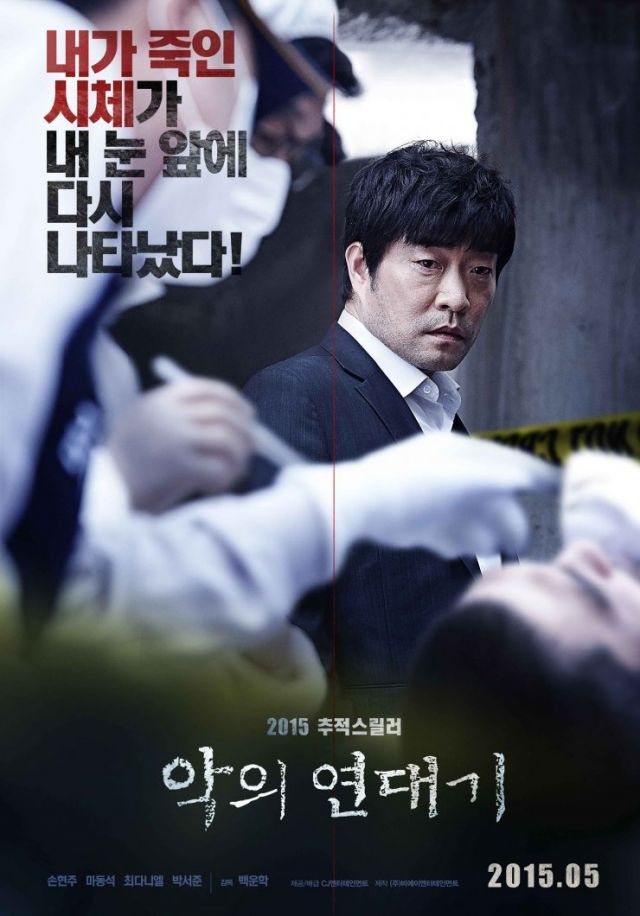 "Chronicles of Evil" and "Mad Max" dislodges "The Avengers"...

While Cannes is playing host to the top stars and filmmakers from around the world, the South Korean public came out in droves over the weekend to catch two new features that recently made their way onto the chart. Baek Woon-hak's thriller "Chronicles of Evil" and George Miller's remake of "Mad Max" were the must-see films, and between them the capture over 70% of the box office pie; in the process removing "The Avengers" from its previous privileged position as South Korea's number one.

"Chronicles of Evil" (staring Son Hyun-joo, Ma Dong-seok and Choi Daniel) entered they fray last Thursday and claimed 732K admissions (34%) during its first weekend out. Baek's cop thriller (along with "Mad Max: Fury Road") managed to dislodge last week's number one, "The Avengers: Age of Ultron", and is already just shy of the million-admissions mark.

Critics have already dubbed George Miller's "Mad Max: Fury Road" as one of the finest action films of the year. The film returns to the dystopian wastelands of the "Mad Max" franchise and stars Tom Hardy, Charlize Theron, and Nicholas Hoult in a dusty action rush that has already grossed $109M worldwide. "Mad Max: Fury Road" entered in second place and claimed the interest of 708K (36%) Korean filmgoers across 799 screens available nationwide.

For the past few week's Marvel's "Avengers: Age of Ultron" has been dictating terms at the top of the Korean box office. The big American blockbuster was released on the 23 April and has since amassed $78M. It now joins an elite (although ever-growing) list of films released in South Korea that have earned over 10 million admissions. Marvel's superhero effort added another 385K (18%) over 669 screens to occupy third place, down two from its glory days a week ago. Worldwide, Walt Disney's "Avengers" has grossed an incredible $1.1B.

The Korea-USA animated co-production "Dino Time" was unmoved in sixth (29K - 1.3%) and was followed by a new foreign entry in the form of Noah Baumbach's comedy drama "When We're Young" (which stars Ben Stiller, Naomi Watts, Adma Driver, and Amanda Seyfried). "When We're Young" claimed 22.6K admissions (1.3%) over its allocated 210 screens, around 7K more Kim Aaron's "Love Clinic" which sunk to seventh with 22.6K (1%).