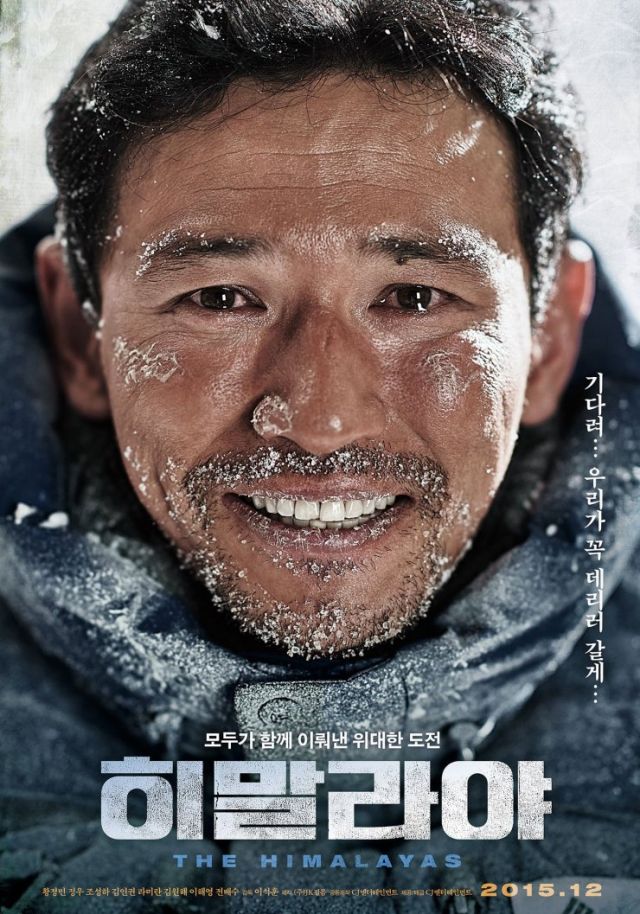 J.J. Abrams' "Star Wars: The Force Awakens" continued its record-breaking run worldwide over Christmas; the film, the seventh in "Star Wars" series, has now grossed an incredible $1.1 billion since its release mid-December (the fastest to do so), but only $18.6 million of that has come from South Korean audiences.

Last week, both "The Force Awakens" and Lee Seok-hoon's "The Himalayas" were released, with the latter coming out on top, and week two for both these films furthered than divide as "The Himalayas" pushed on to secure a second week at the top of the pile.

"The Himalayas", which stars Hwang Jung-min, took first place with 1.7 million admissions (38%) across 1,094 screens (up from last weekend), bringing its total tally now to 4.2 million, or $28.2 million. "The Force Awakens", however, saw its screens reduced somewhat and secured 936 thousand admissions (22%). These two films combined captured over 60% of the box office pie.

Park Hoon-jung's historical action flick "The Tiger: An Old Hunter's Tale" fell just the one place with 392 thousand admissions (8.3%), moving its total now to 1.4 million admissions ($9.3 million), while the popular drama by Woo Min-ho, "Inside Men", followed with 262.8 thousand (6%) of its own. Since its release mid-November, "Inside Men" has attracted over 6.9 million to its screens and banked over $47.6 million; making it the fifth highest-grossing film released in Korea in 2015.

Sixth place fell to the French animation "The Little Prince" (247 thousand admissions - 5%), followed by the latest in the "Pokemon" series of films, "Pokemon the Movie XY: Ring no Chomajin", with 142 thousand (2.7%); both of which were released last Wednesday just before Christmas.

"The Peanuts Movie", based on the popular comic strip "Peanuts" by Charles M. Schulz, arrived on Christmas Eve, and during its first weekend out managed to attract 101 thousand, or just over 2%. Finally, the last weekend of the year was rounded out by Park Yeong-gyoon's "Pororo, Cyberspace Adventure" (55 thousand - 1.1%), while tenth place was claimed by the re-release of the 2003 comedy "Love Actually" by Richard Curtis with 25.4 thousand (0.5%).