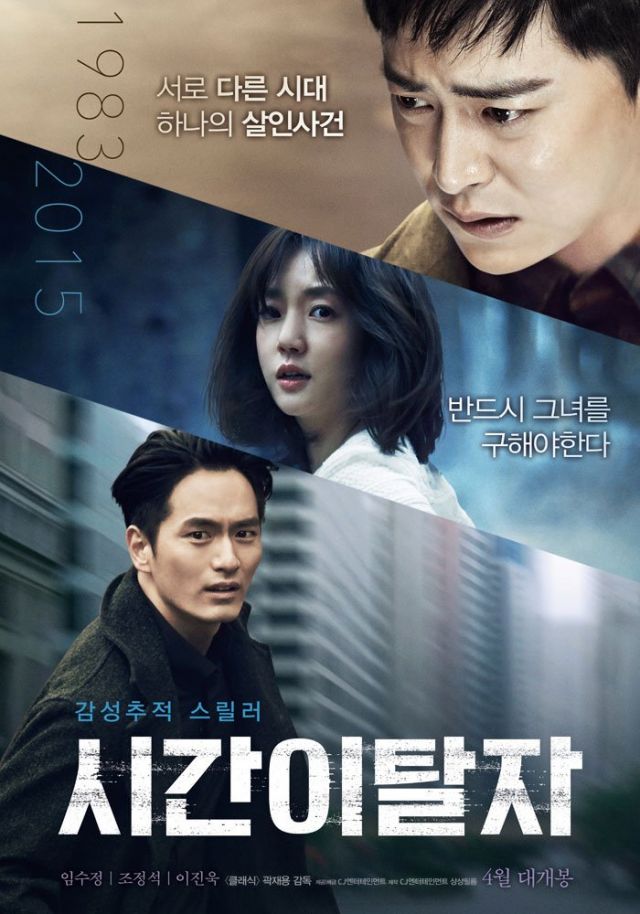 kwak Jae-Yong's thriller "Time Renegades", starring Im Soo-jung, Jo Jung-suk and Lee Jin-wook, retained pole position over the last weekend despite a slight drop in its dominance from 29% to 25%. Last weekend Kwak's film entered the fray and attracted 336 thousand to its screens (733); its second weekend out, however, saw that figure slip to 239 thousand, moving its total tally now to just under a million admissions ($6.7 million).

That slight dip in admissions allowed popular films that were already on circuit to continue to find supporters, most notably "Zootopia" which climbed two places to settle in second place. "Zootopia" was released in Korea mid-February to a relatively timid reception, but after the film's American release it gained popularity and is still thriving. Disney's latest hit added another 148.7 thousand to bring its new total now to 4.4 million in Korea alone ($30.3 million); worldwide, "Zootopia" has grossed over $907 million.

There were three new films that managed to make the country's top ten: Nam Dae-joong's "The Last Ride", "Paranormal Activity: The Ghost Dimension", and "Triple 9". "The Last Ride" (starring Ryu Deok-hwan, Kim Dong-young and Ahn Jae-hong) was the most successful of these new releases, claiming third place with 135 thousand admissions (15%) across 523 screens. It follows a group of three of friends who comically band together to make on of their last wishes comes true. Lee Cheol-ha's mystery thriller was next; "Insane" opened its account at the beginning of April when occupied first place, then second, and now fourth. The film added 106 thousand over the weekend bringing its total tally now to 992 thousand.

For the past two weeks the re-release of Roberto Benigni's 1997 hit "Life is Beautiful" has featured fairly in Korea's top ten. Last weekend it occupied ninth place with 18.6 thousand and was able to improve on that sum with an increase to 28.3 thousand admissions (2.4%). The last of the new releases, John Hillcoat's crime thriller "Triple 9", claimed 22.4 thousand across 324 screens (which was less than half of "Life of Beautiful"), followed by a Japanese from the early 2000s: Isamu Nakae's "Between Calmness and Passion". The film had 119 screens from which to pool and from the attracted 15.9 thousand (1.6%) to round out the weekend's top performers.