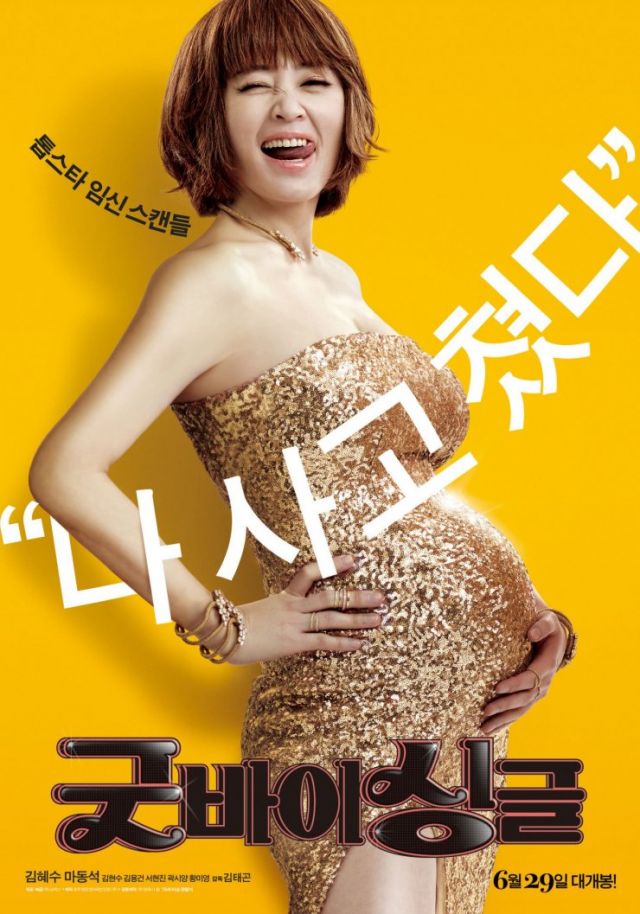 Three new entries take over at the top...

There was a major reshuffle at the top of Korea's box office over the weekend as three new films entered the fray and capture over 60% of the box office pie. Last week's number one, "Independence Day: Resurgence" by Roland Emmerich, was bumped to fourth after "Familyhood", "The Legend of Tarzan", and "The Hunt" came in and conquered the podium.

Kim Tae-gon's comedy "Familyhood" stars Kim Hye-soo as an actress (Go Joo-yeon) who has everything but a family of her own, so she decides to create one for herself. From the 839 screens allocated, "Familyhood" managed to top the chart by capturing 30.4% of the total sales (652,188 admissions). "The Legend of Tarzan" followed in second place with 405,445 admissions (19.8%), while Lee Woo-cheol's action flick, "The Hunt", starring Ahn Sung-ki and Cho Jin-woong, entered in third having attracted 294,408 (13.8%) to its 690 screens.

Emmerich's sequel to "Independence Day" arrived in Korea on the 22 June and its first weekend yielded 699,659 admissions (36%) across 926 screens. Its second weekend out, however, saw that figure drop to 189,829 (9%) in the wake of the above-mentioned films; the film's total tally in Korea now stands at 1.3 million, or $10.4 million. Not far behind Emmerich's latest came Disney's "The Jungle Book" by Jon Favreau. "The Jungle Book" was Korea's film of choice over the month of June, but the film has promptly slipped to fifth with 179,304 admissions (8%) as the summer hits continue to roll in. Since its released in Korea on 9 June, "The Jungle Book" has amassed $18.3 million in Korea alone; worldwide, Favreau's contemporary rendition of this popular tale has grossed an incredible $930 million.

The supernatural horror film "The Conjuring 2" by James Wan fell two places with 86,029 admissions (marking the watershed of this weekend's top performers and moving its total now to 1.8 million), followed by Kwon Jong-gwan's crime comedy "Proof of Innocence" with 81,221 (3.7%). "Proof of Innocence" entered in second place three weeks ago behind "The Jungle Book", then it slipped to third place, and now the film sits at seventh with a total admissions count of 1.2 million ($8.3 million).

Park Chan-wook's "The Handmaiden" fell from fifth to eighth with 61,519 admissions (2.88%), bringing its total in Korea now to 4.2 million (Park's second-highest grossing film), followed by the American-British romantic comedy "Me Before You" starring Emilia Clarke and Sam Claflin. "Me Before You" is an adaptation of Jojo Moyes's 2012 novel of the same name (Moyes also wrote the screenplay) and has grossed around $136.7 million worldwide. In Korea, the film added an additional 44,123 admissions across 184 screens to bring its total tally now to 870,361 admissions ($6.1 million). Lastly, the first weekend of July was rounded off by a re-release of Marc Webb's 2009 romantic comedy film ("500 Days of Summer"), which managed to attracted 38,762 admissions (1.9%).