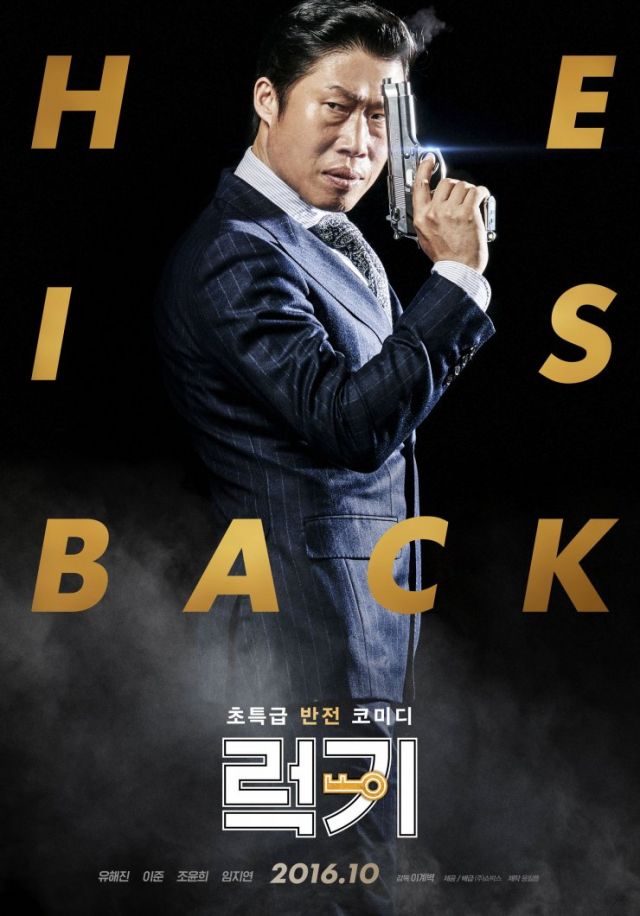 Fede Alvarez's horror "Don't Breathe" has received positive reviews from critics and its third weekend out in Korea yielded another 156,860 admissions (6.9%). The film entered in eighth at the end of September, moved up to second place during week two, and with the success of Lee's latest, "Don't Breathe" dipped to third as its total gross in Korea clicks over to $6.6 million (894,331 admissions).

This American horror also marked the watershed as its closest challenger, Sharon Maguire's "Bridget Jones's Baby", attracted significantly less attention (57,034 admissions) in this top-heavy weekend. The French-American action flick "Bastille Day", starring Idris Elba and Richard Madden, was not far behind Maguire's sequel; it arrived on Korea's cinema circuit on Thursday and 54,359 filmgoers (2.2%) came out in support over the weekend.

Ben Affleck's new film, "The Accountant", directed by Gavin O'Connor ("Tumbleweeds", "Pride and Glory", "Jane Got a Gun"), entered the fray in sixth with 39,220 (1.6%) from 375 screens. Critics and filmgoers have been harsh on Affleck's efforts, and to date, the film has grossed $27.5 million of the $44 million it took to produce (the film was released in American last Friday). Choi Seungho first film, "Spy Nation", a documentary that investigates the government's accusations of espionage against a civil servant, attracted 30,770 admissions (1.3%) from just 152 screens.

Last weekend's number three, Kim Seong-su's "Asura: The City of Madness" (starring Jung Woo-sung, Hwang Jung-min, Ju Ji-hoon and Kwak Do-won) fell five places to eighth with 27,237 admissions (1.1%), which brings its box office revenue now to $17.9 million (2.5 million admissions). "Sully", too, move towards the wrong end of the chart. Clint Eastwood's depiction of the heroic efforts of Captain Chesley "Sully" Sullenberger-who successfully completed an emergency landing on the Hudson River in 2009 and saved the lives of the 155 passengers-fell from sixth to ninth with 23,161 admissions (1%), and the final slot went to the kids' animation "Geuk-jang-pan Peu-ri-pa-ra Mo-du Mo-yeo-ra! Peu-ri-jeum Tu-eo-jeu" with 13,917 (0.6%).