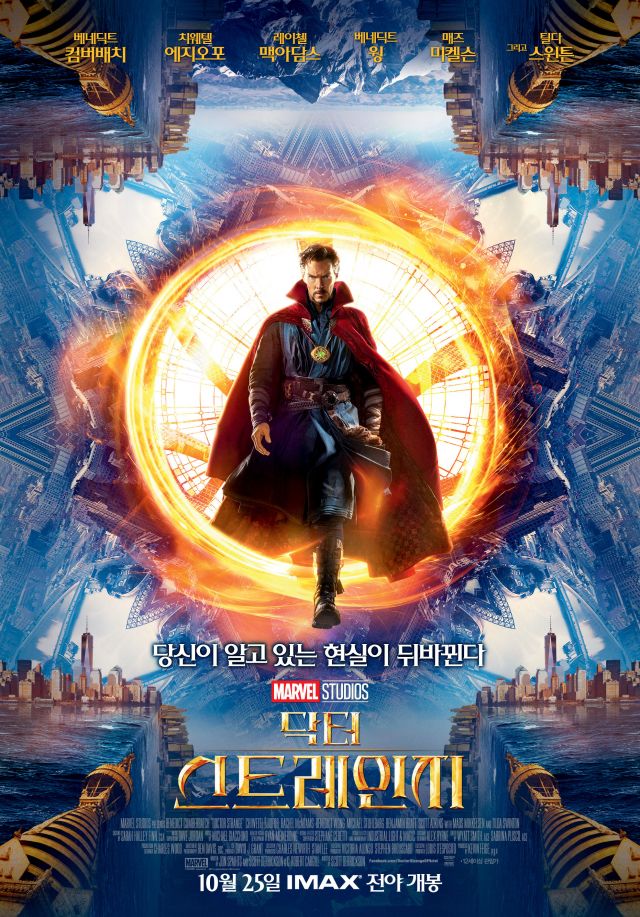 Despite the epic flood superhero films that continue to emerge from America's massive dream machine, critics have been largely positive about Strange's cinematic appearance: "Doctor Strange manages to expand the Marvel Cinematic Universe while also telling a satisfying story in its own isolated corner", wrote Ben Kendrick of Screen Rant, and cinephiles are so far largely in agreement. Worldwide, "Doctor Strange" has grossed over $492.6 million (the film was produced for an estimated $165 million). After dominating the Korean charts since late-October, "Doctor Strange"'s take in The Land of the Morning Calm was, for the first time, reduced to under 250,000 stubs.

Director Mike Flanagan's "Ouija: Origin of Evil" (the prequel to the 2014 fear flick)-a film The New York Times called "deliciously creepy"-was the highest new foreign release with 162,146 admissions (10.6%), followed by Tomohiro Kawamura and Yoshihiro Komori's "GAMBA" (first of three Japanese films that made the weekend's top ten) in fifth with 3% of the sales (49,813 admissions). Akira Nagai's adaptation of Genki Kawamura's debut novel, "If Cats Disappeared From the World", also recently hit Korean screens and for its first weekend out settled in sixth 33,194 admissions (1.7%).

Finally, the weekend's top ten was rounded out by the American neo-western heist flick "Hell of High Water" (starring Jeff Bridges and Chris Pine) by director David Mackenzie. The film premiered earlier this year under the Un Certain Regard section at Cannes, but Korean audiences have been underwhelmed and it slipped six places from fourth to the fringe; it claimed 7,058 admissions (<1%).