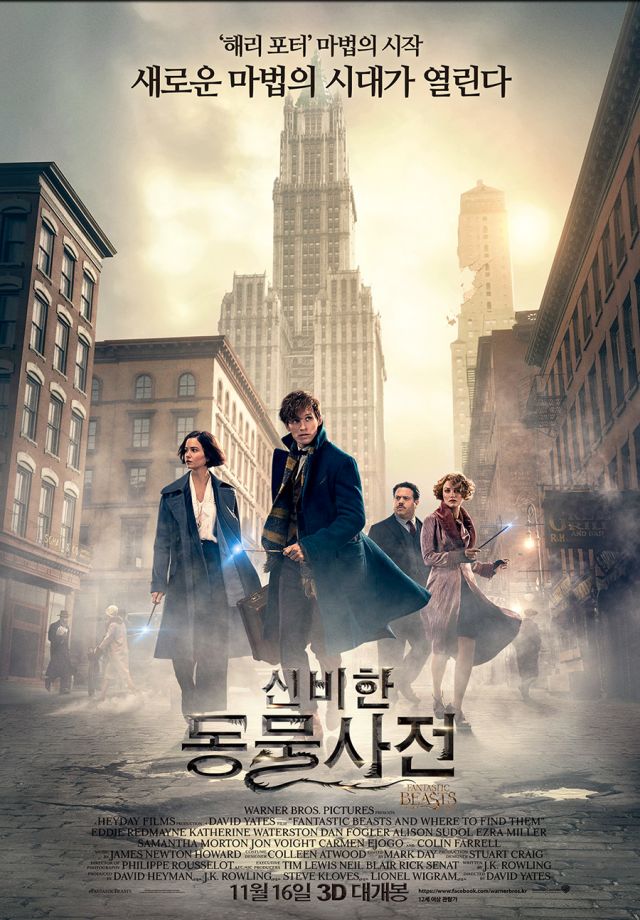 "Fantastic Beasts" holds out against "My Annoying Brother"...

The British-American fantasy flick "Fantastic Beasts and Where to Find Them" narrowly maintained pole position over Kwon Soo-kyeong's incoming family comedy, "My Annoying Brother". Last weekend J.K. Rowling's adaptation of her own work appeared and captured 68% of the sales (1.4 million admissions), and during its second week out this Harry Potter spin-off added another 895,990 stubs (45%) to bring its bottom line now to $24.7 million (3.4 million admissions). Worldwide, this week's number one has grossed $473.7 million.

Kwon Soo-kyeong directed "Barefoot Ki-bong" (2006) and, along with Kim Hee-seong, the drama "The Flatterer!" (2015). His latest film, "My Annoying Brother", stars Jo Jung-suk and Do Kyung-soo as feuding brothers Doo-sik and Doo-yeong who start living together. From 993 screens around the country, the film claimed 37.5% of the sales (804,498 admissions) along with second place.

Marvel's "Doctor Strange" remained unmoved in third; the 103,774 admissions (4.9%) the film scored over the last weekend of November moved its total admission count in Korea now to 5.4 million ($39.9 million). According to Kobiz, "Doctor Strange" is currently the tenth highest-grossing film of the year just behind Heo Jin-ho's "The Last Princess" (5.6 million).

The Japanese animation "GAMBA" (ガンバと仲間たち), released in Korea November 10, moved its total tally to 108,656 ($696,315), and the final spot went to Lee Gye-byeok's comedy drama, "Luck.Key" starring Yoo Hae-jin. Lee's latest (he also directed "The Beast and the Beauty") is not only the seventh highest-grossing film of the year, it's also the Yoo's best box office performance in a leading role. The 10,315 admissions the film gained over the weekend was not enough to push it to 7 million admissions; since its release mid-October, "Luck.Key" has grossed an impressive $47.9 million.