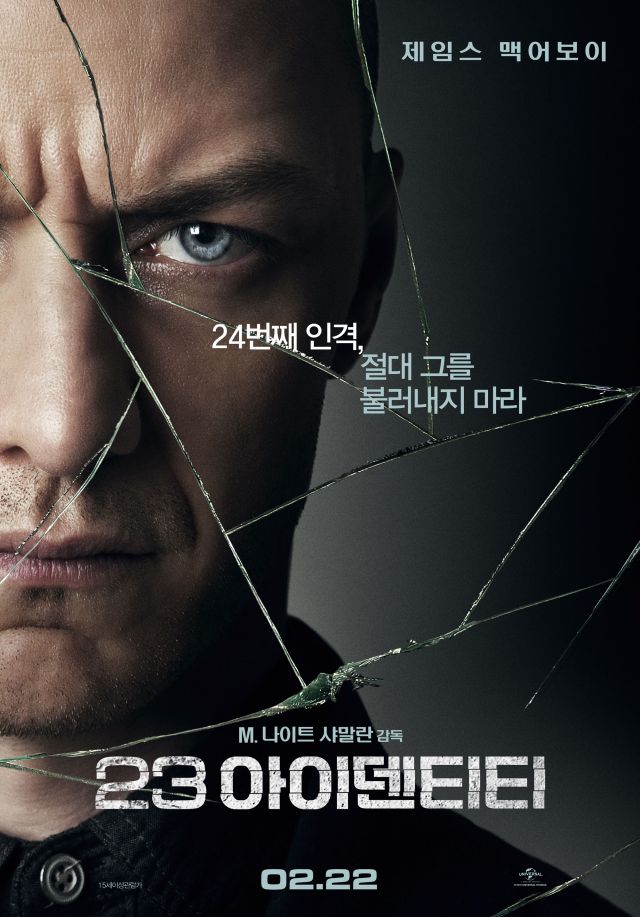 For the first time this year since "Your Name", a foreign film has stepped up and claimed pole position in Korea's box office. Local delights have been dominating since mid-January ("Confidential Assignment", "The King", and "Fabricated City"), but M. Night Shyamalan's new film, Split (starring James McAvoy, Anya Taylor-Joy and Betty Buckley), arrived last Wednesday and came out on top during its first weekend out.

Split, a psychological thriller-horror produced for just $9 million, claimed 33.64% of the weekend sales (698,867 admissions) from 952 screens around the country. The film was first screened at Fantastic Fest last September, but was only recently released in American and selected countries; worldwide, Shyamalan's latest has already grossed $221.2 million.

The film's initial popularity in Korea meant that last weekend's number one (Kim Tae-yoon's "New Trial") was nudged down one place to second. Kim's third film (his others include "A Cruel Attendance" and "Another Family") added 439,580 admissions (20.72%) from 767 screens to move its total tally now to 1.8 million ($13.2 million).

The highest new local entry came in the form of Lee Zoo-young's debut film "A Single Rider" starring Lee Byung-hun. This mystery film, which Lee also wrote, follows a failed fund manager who heads to Australia where his wife and son are living but discovers that their lives are just fine without him. Lee's debut had 576 screens from which to pool from and claimed 7.3% of the box office pie (155,518 admissions).

With over 7.7 million admissions since its release mid-January (50,707 of which coming over the weekend), Kim Seong-hoon-III's "Confidential Assignment" (starring Hyun Bin and Yoo Hae-jin) is the highest-grossing film of the year so far, foreign or domestic. The film is Kim's second film after the 2012 drama, "My Little Hero" (185,844 admissions) and helped set a positive pace for what is expected to be another great year for Korea's film industry.