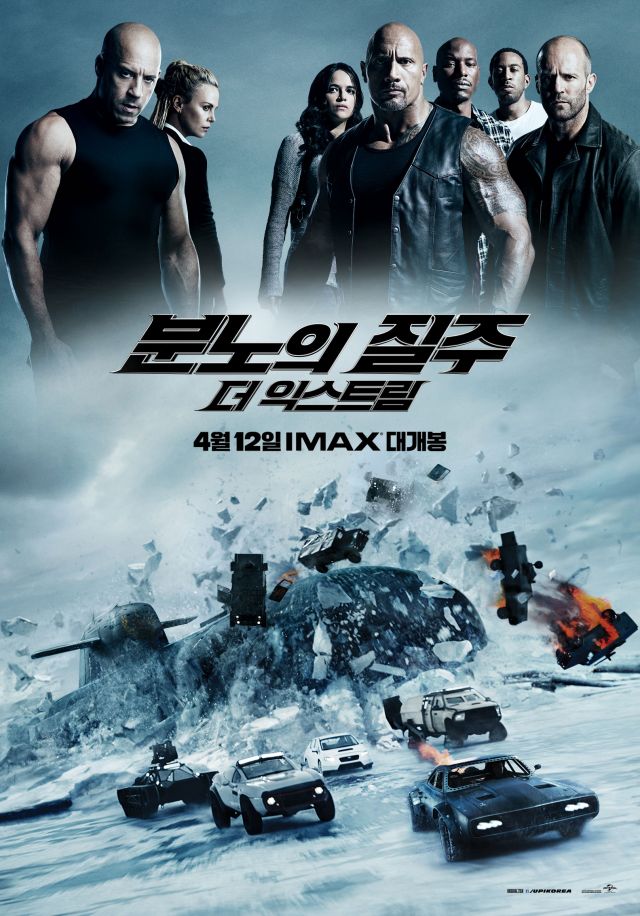 "The Fate of the Furious" retains pole position...

Not too far behind was Korea's third highest-grossing film of the year (and highest foreign film), Bill Condon's "Beauty and the Beast" (Emma Watson and Dan Stevens). Since its release in Korea mid-March, Disney's remake of its 1991 classic has sold over 5 million admissions in Korea alone ($36.2 million), 104,590 of which came from this past weekend. Incredibly, the film's popularity around the world has pushed its profits over the billion-dollar mark; "Beauty and the Beast" was produced for $160 million.

The highest new entry went to the latest "Power Rangers" film by director Dean Israelite. The film, which is based on characters from the franchise of the same name, was allocated 478 screens around the country during its first weekend out and captured 3.94% of the weekend sales (50,013 admissions, or $432,242).

Nah Hyeon has written the screenplays for eight other films and has acted in several others, but "The Prison", an action crime flick, is his first as director. This is the fifth week out for Hyeon's directorial debut, and the 29,016 admissions (2.44%) it claimed here pushes its total tally bow to 2.9 million, or $20.8 million. Currently, "The Prison" is fifth in this year's top films between "Fabricated City" ($17.7 million) and the Japanese anime "Your Name" ($25.5 million).

The American psychological drama "The Shack" by Stuart Hazeldine was up next: from 396 screens, the film opened its Korean account by claiming 1.8% of the sales (22,842 admissions), and was followed by "Elena and the Secret of Avalor", down one place, with 16,282 admissions (0.79%). Ahead of the release of Marvel's next "Guardians of the Galaxy" film, the original was re-released to 75 screens; 15,717 admissions (1.37%) went its way, which was good enough for eighth place. Back in 2014, James Gunn's adaptation of Marvel's galactic superhero team grossed $773.3 million worldwide.

"Founder" is an American biopic by John Lee Hancock about Ray Kroc (played by Michael Keaton), the founder of the world's most recognisable fast food chain: McDonalds. Although the film was released in its home country late January, it only just arrived on Korean screens. "Founder" grabbed 14,520 admissions (1.18%) from 279 screens for ninth.

The final spot fell to Theodore Melfi's "Hidden Figures", which is down four places from sixth. The film is based on the non-fiction book by Margot Lee Shetterly and documents the African American female mathematicians who helped NASA win the Space Race during the middle of the twentieth century. The film has been competing in on Korea's cinema circuit since March 23, and the 12,846 admissions it claimed here moves its total gross in Korea now to $3 million (428,262 admissions).