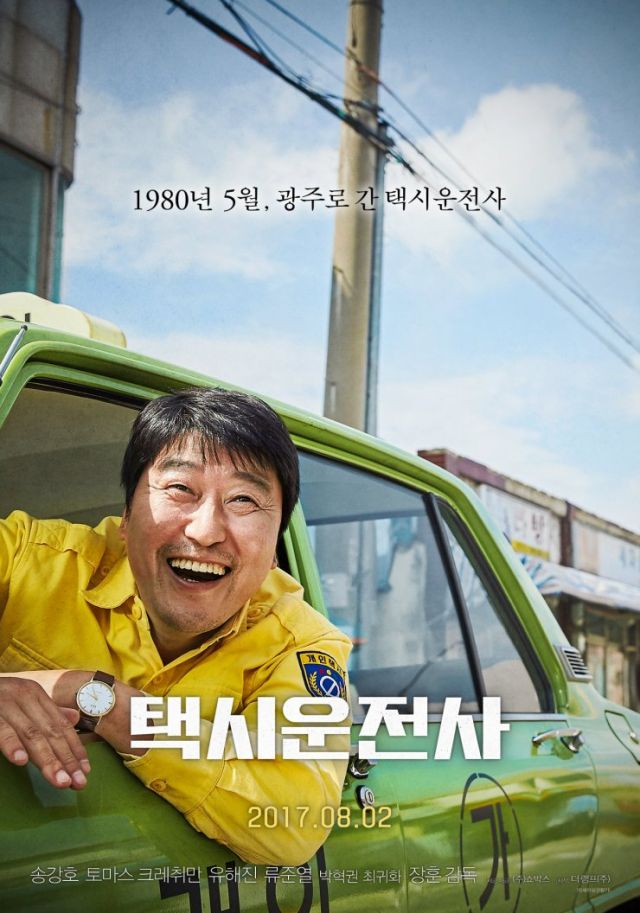 "A Taxi Driver" on cruise control after Liberation Day...

Another local film retained second place: Kim Joo-hwan's action comedy "Midnight Runners" (starring Park Seo-joon and Kang Ha-neul) claimed 848,111 admissions from 918 screens (down from 1,058) as it closes in on 4 million admissions; "Midnight Runners" has earned $27 million since August 9 and moves to seventh in the list of the highest grossing films of the year. The third instalment in the popular "Planet of the Apes" series of films arrived last Tuesday and from 896 screens director, Matt Reeves' latest captured 19.85% of the sales (682,993 admissions). Worldwide, and from a production budget of $150 million, "War for the Planet of the Apes" has grossed over $324.3 million.

The highest new local entry was "The Mimic" by director/screenwriter Huh Jung ("Hide and Seek"). "The Mimic" stars Yum Jung-ah and Park Hyuk-kwon and tells the story about a mysterious shape-shifting creature, the "Jangsan Tiger". Jung's sophomore feature entered the fray in fourth with 509,967 admissions (14.22%) from 711 screens, more than double its closest challenger, "Annabelle: Creation". David F. Sandberg's supernatural horror entered in third last week but fell two places here. From 549 screens, down from 1,006, "Annabelle: Creation" added 251,516 admissions (7.14%), which moves its bottom line in Korea to $13.3 million.

Illumination Entertainment for Universal Pictures' 3D animation "Despicable Me 3" is enjoying its fourth week out in Korea. With the 82,662 admissions the film scored over the weekend, "Despicable Me 3"'s has grossed just under $21 million in Korea alone; worldwide, it's approaching the billion-dollar mark. "Criminal Conspiracy" is a local documentary by Choi Seungho about the changing face of public broadcasting in Korea and the troubles it will face given its current coordinates. From just 208 screens, Choi's fourth film attracted 48,122 admissions (1.36%), narrowly out playing the Belgium-France animation, "The Son of Bigfoot".