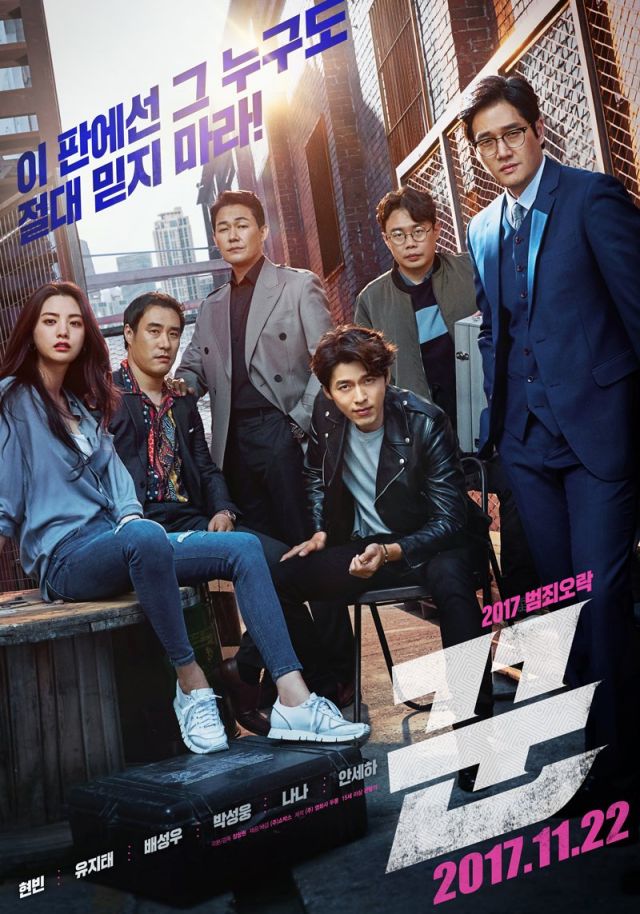 Jang Chang-won's debut film "The Swindlers" enjoyed its third consecutive weekend at the top of the box office by claiming another 418,141 admissions, 23.84% of the sales. Since its release late last month, Jang's action drama has held off cinematic challenges both foreign and domestic to remain Korea's number one. The film stars Hyun Bin, Yoo Ji-tae, Bae Sung-woo, Park Sung-woong, Nana, and Ahn Se-ha in a story about a conman who schemes to outplay an even bigger swindler. With a total take now of $26.7 million (3.78 million admissions), "Swindlers" is the twelfth highest-grossing film of the year.

"Pororo, Dinosaur Island Adventure" by directors Kim Hyeon-ho-I and Yoon Je-hwan is an animated adventure with voice acting from Lee Sun, Lee Min-ja, Ham Soo-jeong and Hong So-yeong. Pororo's 79-minute adventure was released last Thursday and came close to overtaking "Forgotten" with its 299,086 admissions (15.83%). Hot on the little penguin's heels entered another Asian animation, this time from Japan. "Mary and The Witch's Flower" is an anime fantasy film by Hiromasa Yonebayashi based on Mary Stewart's "The Little Broomstick". The film was released in Japan back in July and arrived in the Land of the Morning Calm to 751 screens, from which it claimed 14.54% of the box office pie during its first weekend out (267,681 admissions).

Kenneth Branagh's modern adaptation of Agatha Christie's famous 1934 novel, "Murder on the Orient Express", has already grossed around five times its production budget of $55 million. In Korea, since it arrived late November, the film has grossed $5.4 million (772,639 admissions), $1.1 million (44,186 admissions: 8.19%) of which came from this past weekend. "American Assassin" is also an adaptation, this time of Vince Flynn's 2010 book of the same name. From 528 screens, director Michael Cuesta's take on Flynn's Cold War-era thriller opened its Korean account with 118,669 admissions (6.66%).

The final place went to "Loving Vincent", the first animated film to be fully painted. Director Dorota Kobiela and Hugh Welchman's labour of love has been active in Korea's charts since early November, and with the 25,025 admissions (1.43%) the film earned here, "Loving Vincent" has banked a total of $2.3 million in Korea alone. Worldwide, and from a production of $5.5 million, "Loving Vincent" has grossed around $20 million.