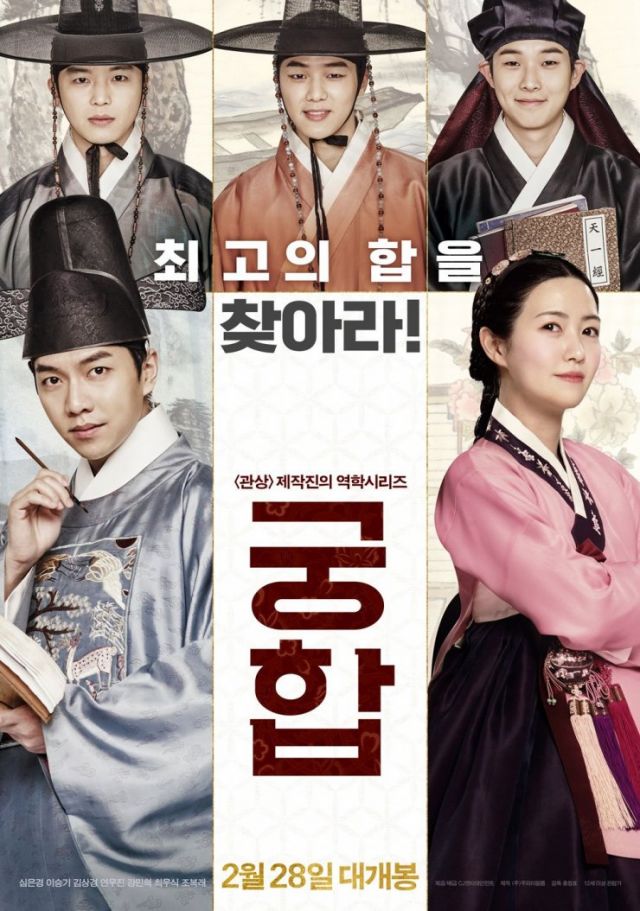 For the past two weekends, the latest dimension in the Marvel Cinematic Universe ("Black Panther") has ruled proceedings, but Hong Chang-pyo's debut feature, "The Princess and the Matchmaker", and Yim Soon-rye's "Little Forest" both arrived last Wednesday and denied "Black Panther" a third straight weekend at the top of the Korean box office.

"The Princess and the Matchmaker" is a romantic comedy set during Korea's Joseon era and stars Shim Eun-kyung and Lee Seung-gi. This is Hong's first solo directing gig, but he has been involved in the directing department for four films prior to this one, including "The Huntresses" (2013) and "Portrait of a Beauty"-both of which were also period films. From 965 screens, "The Princess and the Matchmaker" topped the chart with 489,702 admissions (29.13%).

Not too far behind Hong's debut was "Little Forest", Yim's eighth feature film. Based on Daisuke Igarashi's original manga series of the same name, the film followers a young girl (Kim Tae-ri as Hye-won) as she moves back to her hometown to escape the intensity of modern city life. Its first weekend out yielded 375,394 admissions (22.27%) from 832 screens around the country. Together the top two films managed to captured just over 51% of the total sales.

Last weekend's number one, Marvel's blockbuster "Black Panther" (starring Chadwick Boseman and Michael B. Jordan), was unable to secure another weekend at the top of Korea's box office, but its total tally thus far makes it the highest-grossing foreign film of the year ahead of "Coco". Currently, "Black Panther" has grossed $40.9 million from 5.1 million admissions, $2 million came from this past weekend; worldwide, "Black Panther" has made almost a billion dollars, which is about five times its production cost.

The Norwegian dystopian thriller "What Happened to Monday" by director Tommy Wirkola fell two places during its second weekend out. With just 17 fewer screens, Wirkola's sci-fi film claimed 187,874 admissions (11.79%), bringing its total tally in Korea now to 762,730, or $5.8 million. The Oscar-winning romantic sci-fi drama "The Shape of Water" by Guillermo del Toro remained unmoved in fifth with 62,375 admissions (3.88%). At the 90th Academy Awards ceremony, "The Shape of Water" won four Oscars, including Best Picture, Best Director, Best Original Score, and Best Production Design. Since its release in Korea on 22 February, "The Shape of Water" has grossed a total of $2.5 million from 327,724 admissions. Another Japanese adaptation was next.