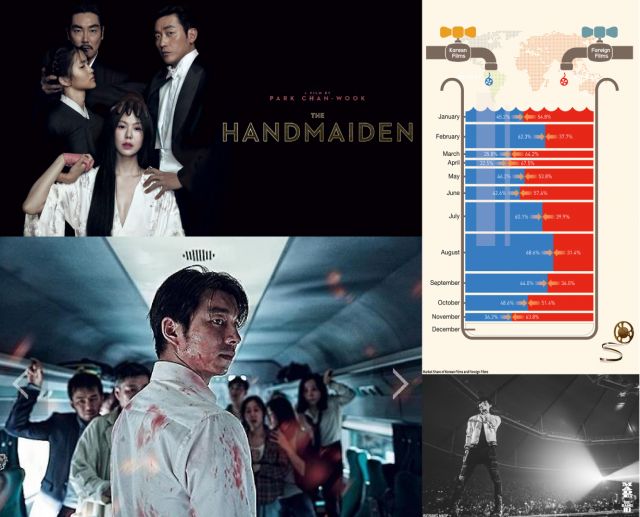 K-music films are on the rise, The Korea Times looks back at Gong Yoo's amazing year on the silver screen, Park Chan-wook voted among the top directors of the year in America, and KoBiz's latest infographic reveals how local films fared at the box office in 2016. 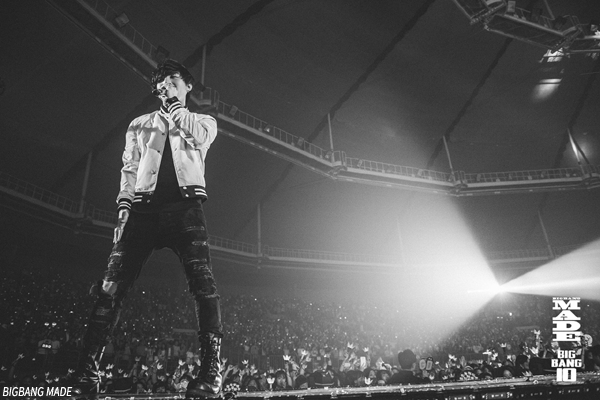 "From K-Pop to Authentic Musicals"

KoBiz's Kim Hyung-seok tracks the rise of the music film in South Korean cinema. The genre combines two thriving aspects of the Korean Wave: K-pop and K-cinema. "Concert film is the sub-genre of this trend", writes Kim, "[M]usic films are about music, concert films focus on recording a concert itself". Are you a fan of both K-pop and modern Korean cinema? If so, this could be a match made in heaven... 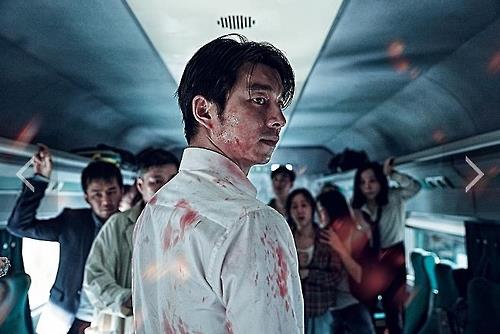 The Korea Times reflects on Gong Yoo's spectacular year; the actor has starred, most notably, in two massive films that have made an impact both at home and abroad: Kim Jee-woon's "The Age of Shadows" (South Korea's official submission to the Oscars) and the highest-grossing film of the year, Yeon Sang-ho's "Train to Busan" (11.5 million admissions). "I was often hard on myself, but at the same time, I built my confidence", said Gong, talking about his time working with actress Jeon Do-yeon on "A Man and A Woman" (203,145 admissions). Congratulations on a spectacular year! 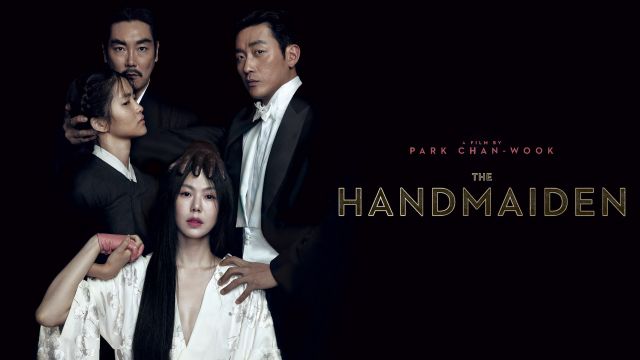 Park Chan-wook, a prolific powerhouse in modern Korean cinema, was recently selected through a poll in America as one of the top directors of the year. IndiWire's annual poll cited his work on "The Handmaiden" as the main cause for Park's popularity in the U.S. "Park's film was also ranked ninth in British daily The Guardian's list of top 50 films released in the United States this year", the article concludes, "and the eighth-best film of the year by film critics of The New York Times". Let us know in the comment section below what you thought of Park's "The Handmaiden". 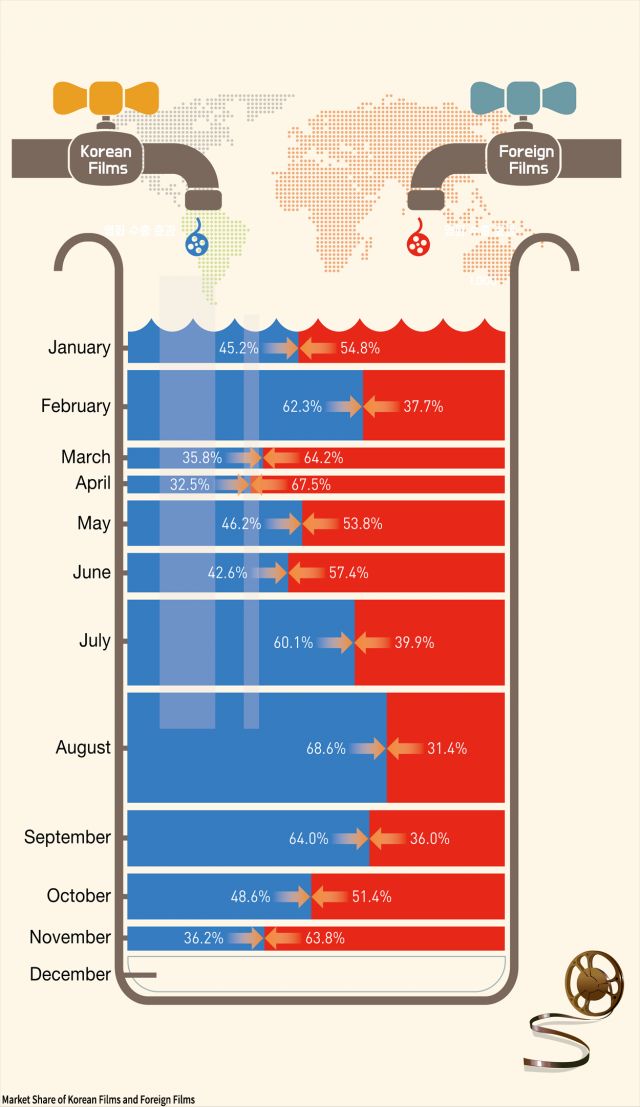 "Bulls during Peak Season and Bears during Off Season"

Here's a great infographic from Kobiz showing how local films performed against their foreign counterparts this year, as well as how the number of admissions for Korean films has changed month to month. "Less than one month is left for the [sic] 2016", says Kim, "For eleven months from January this year, the 52.5% market share for Korean films has been winning with slim margins against 47.5% market share for foreign movies".