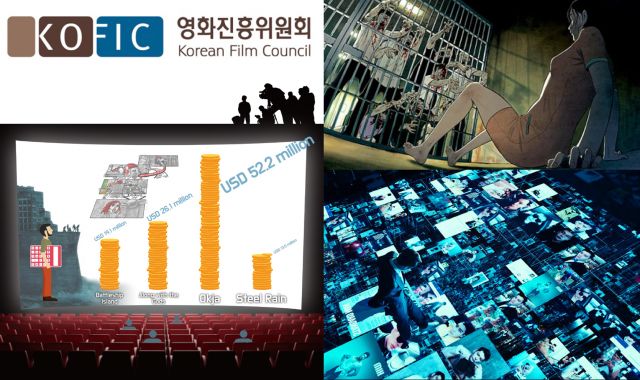 Kyu Hyun Kim reviews Yeon Sang-ho's animated survival horror "Seoul Station", KoBiz looks ahead at some of the big-budget films moviegoers can look out for, catch the highlights of Korea's film industry with KOFIC's official 2016 report, and Pierce Conran takes a hard look at "Fabricated City". 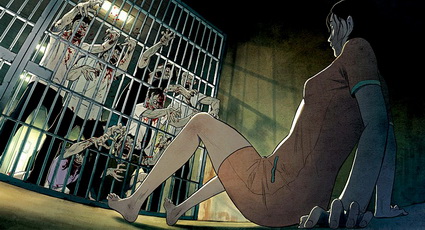 Kyu Hyun Kim reviews Yeon Sang-ho's animated survival horror "Seoul Station" for Korean Film. The film, Yeon's third, and prequel to the live-action blockbuster "Train to Busan", didn't bring in the crowds at the box office when it was released in August last year (144,563 admissions), but Yeon's previous atypical creations have tended to find more traction on the festival circuit; as Kyu notes, "One thing is clear: unlike Train to Busan, Seoul Station is recognizably a Yeon Sang-ho film". 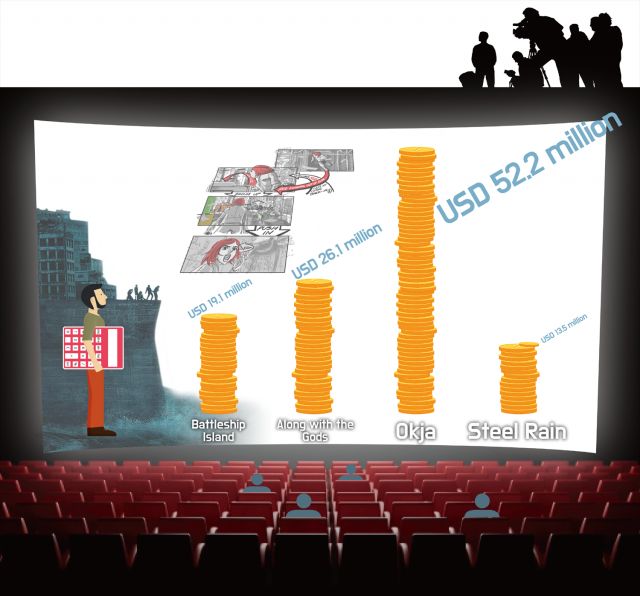 "Big Buddies Are Coming: Production Budgets of Korean Blockbusters in 2017"

Kobiz looks ahead to some of the big blockbusters scheduled for release in 2016 in this new infographic. There are several productions that were made for over $8.7 million, the highest of which, according to KoBiz writer Kim Hyun-jung, is Bong Joon-ho's science-fiction drama "Okja" (starring Tilda Swinton, Jake Gyllenhaal, Paul Dano, and the young Ahn Seo-hyun). Expect great things.

Get the official word on how Korea's film industry fared in 2016 with this report from KoBiz. The KOFIC (Korean Film Council) recently released its annual report and revealed a 7.6% increase in sales from 2015; in terms of sales, the industry made $1.98 billion. Click on through to find our more about your favourite film industry... 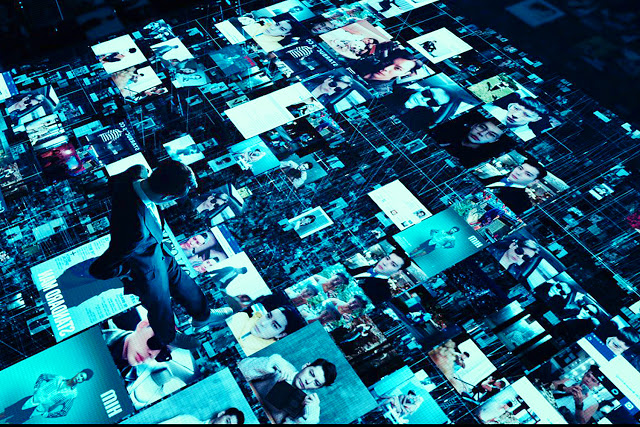 Bae Jong's "Fabricated City" was released two weeks ago and is approaching 2 million admissions on Korea's mainstream cinema circuit. In this post on Modern Korean Cinema, Pierce Conran reviews Park's second feature ("Welcome to Dongmakgol") and pulls back the big-budget effects and mass marketing to reveal "mediocre middle-of-the-road Korean thriller". Do you agree with Pierce's comments? If you've seen Park's latest, let us know what you thought of it in the comment section below.