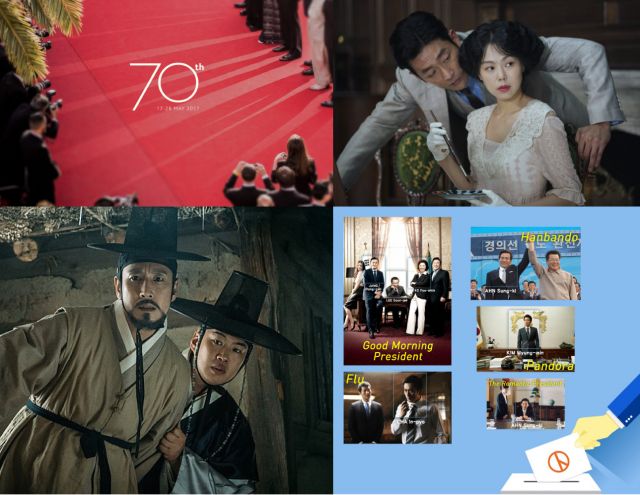 Note the Korean films that will be competing at the prestigious Cannes Film Festival, the Evening Standard reviews Park Chan-wook's "masterpiece", explore Korea's various bro films, and KoBiz's latest infographic documents the different Korean presidents that have appeared in film. 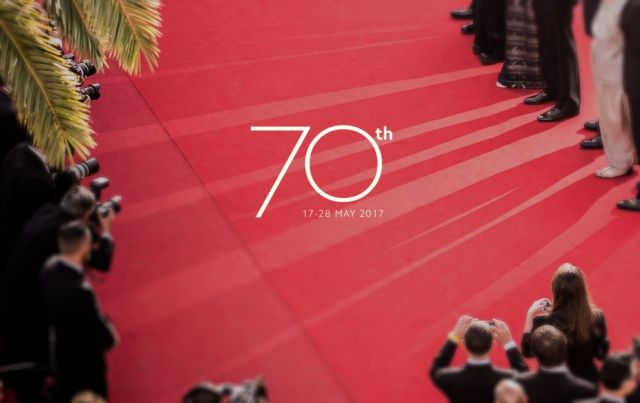 The 70th edition of the annual Cannes Film Festival in France takes place next month, and two South Korean films from two top directing talents will compete. Bong Jong-ho's science-fiction drama "Okja" (a US-Korean co-production) and Hong Sang-soo's "The Day After - 2017" (starring Kwon Hae-hyo, Kim Min-hee, Jo Yoon-hee-I, Kim Sae-byuk) will both have their international premieres at this year's event and will compete with 18 other titles in the main competition. 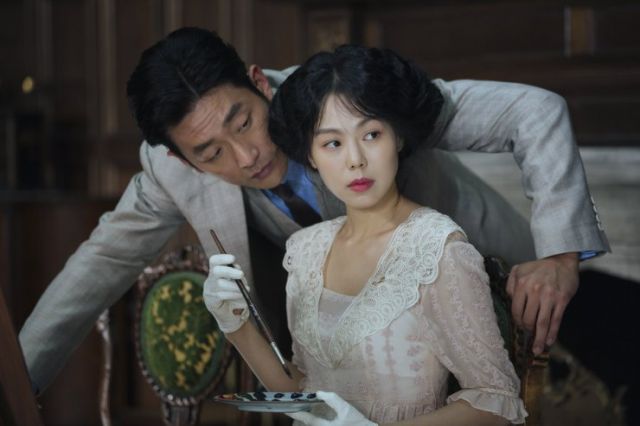 If you haven't already caught Park Chan-wook's "The Handmaiden" (starring Kim Min-hee, Kim Tae-ri and Ha Jung-woo), Matthew Norman's review for the Evening Standard will help to push it to the top of your to-view list. According to Matthew, "This gorgeous, impossible to pigeonhole South Korean film is more than the sum of its intricate, dazzling parts". Park's latest scored 4.2 million admissions ($30.8 million) during its local run in mid-2016-the fifteenth highest in 2016 behind "Pandora"-and international filmgoers and critics have been praising Park's complex masterpiece ever since...

...READ ON THE EVENING STANDARD 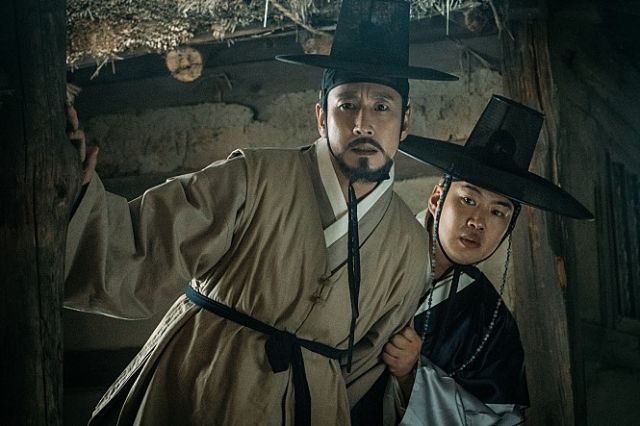 Korea's "golden holiday" is coming up and there are a string of new local releases hoping to capitalise on this special five-day holiday. In this article, you'll find a discussion on some of 2016's successful buddy films (e.g. "Confidential Assignment", "New Trial" and "The Prison"), find out what new films will hope to capture the crowds in early May, and also a note why female buddy films have been largely absent in recent years.

...READ ON THE KOREA BIZWIRE 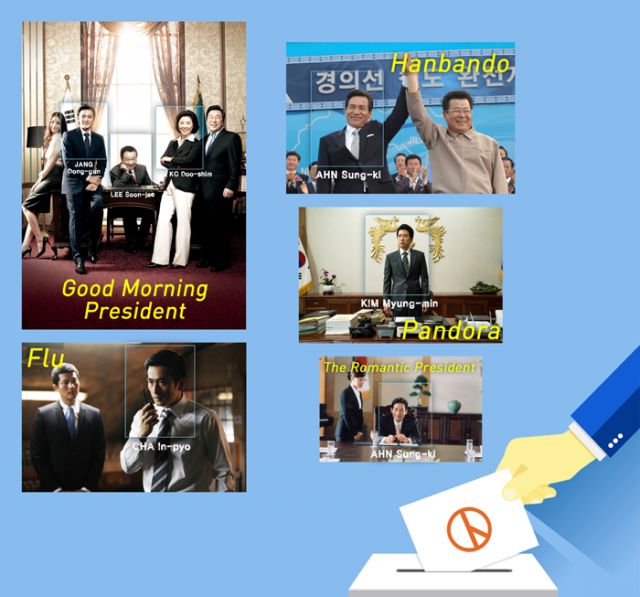 "Who is Your President?: Presidents in Korean Films"

KoBiz has this timely piece (South Korea's presidential elections will take place on May 9) about the various depictions of Korean presidents on the silver screen. Popular films that feature a Korean president include "Good Morning President", "Pandora", "The Flu", and "The Romantic President". The country will soon discover who will take up residence in the 'Blue House', but who is your favourite cinematic president?