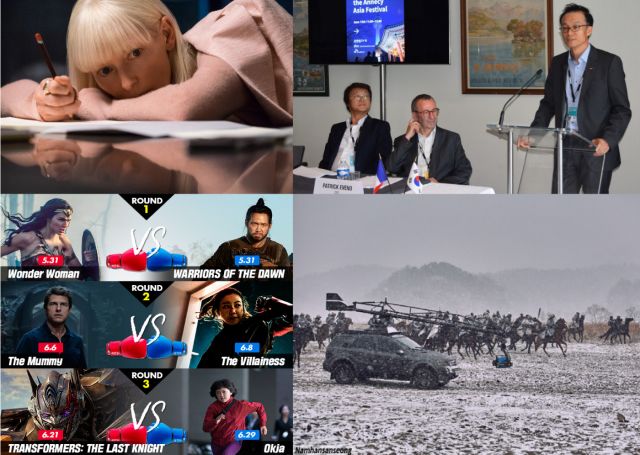 See what films have been competing at the box office this month, France's Annecy is coming to Seoul in 2019, take a look at Bong Joon-ho's new film "Okja", and KoBiz previews some of the local adaptations that will cause a stir later this year. 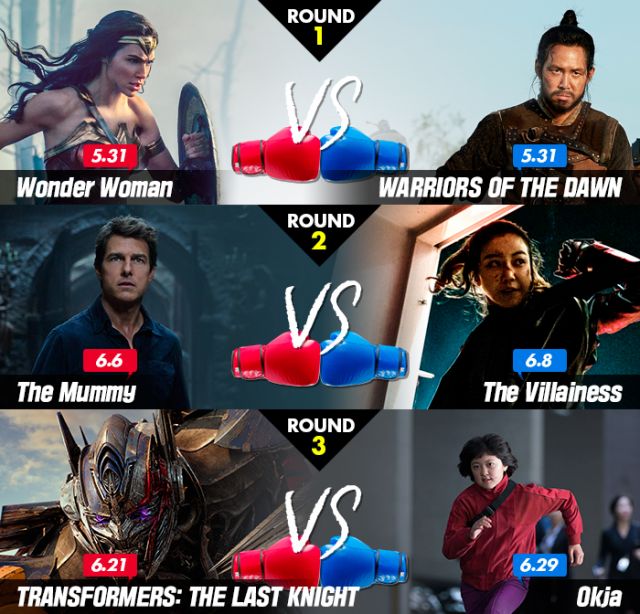 The June battle for the biggest blockbuster in Korea is well underway! A number of big flicks both foreign and domestic are currently slugging it out as they compete for filmgoers' attention; as Cho Meanjune writes, "These days, Korean blockbuster movies are not afraid to open against big budget foreign films". "Wonder Woman", "Warriors of the Dawn", "The Mummy", "The Villainess" are just some of features that are expected to attract the lion's share of the admissions this month; KoBiz has this infographic of the battle lines... 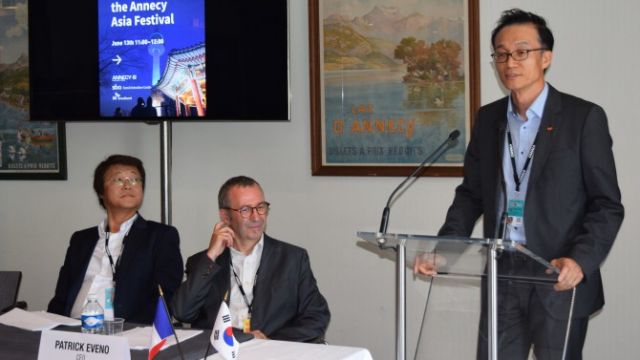 Great news for Korean, indeed Asian, animation! France's Annecy Festival recently announced that it will be expanding its brand and global reach in the coming years, starting with an inaugural Annecy Asia Intl. The new event will take place in 2019 in Seoul and will offer "opportunities for Korean animation to join the international market". Watch this space. 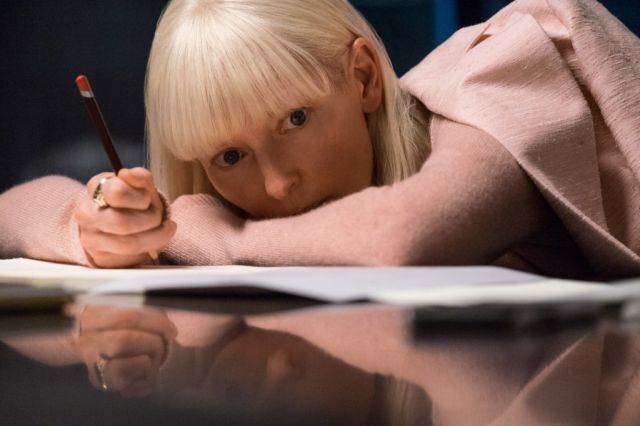 "SO Many Photos from Netflix's "Okja""

Bong Joon-ho is having a hard time getting his latest international film screened in his home country, but that doesn't mean you have to wait to get a glimpse of his quirky new feature. In this post on Bloody Disgusting, Brad Miska has curated a good selection of pictures from the film as well as behind the scenes. Enjoy, and remember to catch it when you can! 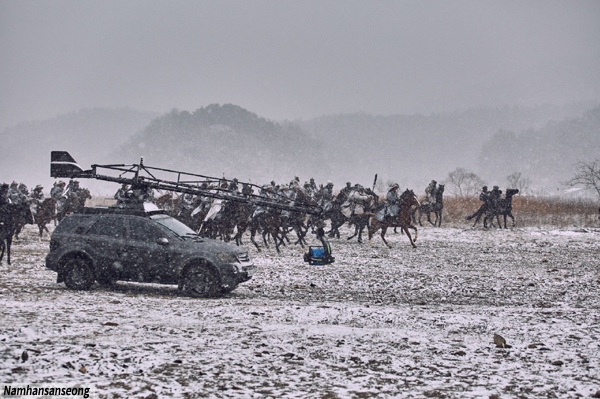 "Resurrecting the Imaginative World of Text and Images on Screen"

KoBiz writer Kim Su-bin looks at three upcoming films ("Night of 7 years", "The Fortress" and "Along With the Gods: The Two Worlds") that were adapted from local novels or webtoons. "The expectations are high due to the fact that these original stories are not only well loved, but also have heavyweight filmmakers and cast attached for their adaptations", notes Kim, who expects these and other films to do very well later this year when they hit Korea's bustling cinema circuit.