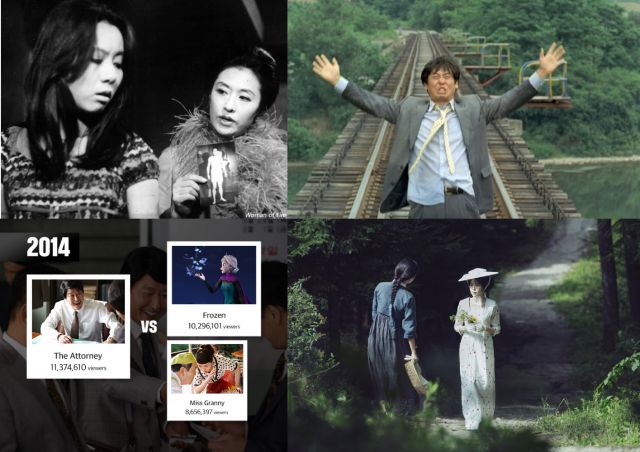 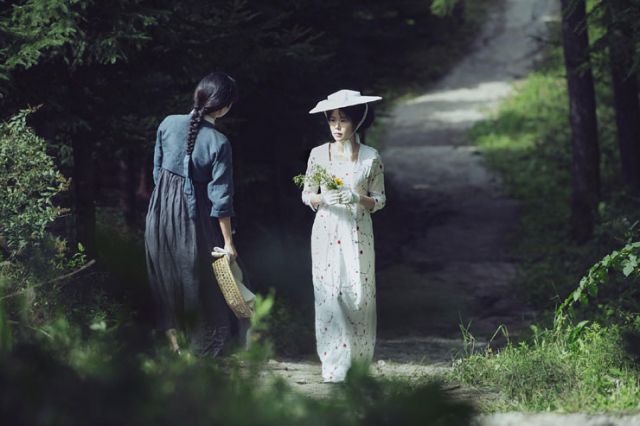 Big news for Park Chan-wook's 2015 film, "The Handmaiden"! Park's re-imagining of Sarah Waters' novel "Fingersmith" (2002) recently became the first Korean film to win a BAFTA (British Academy Film Awards). Jason Bechervaise writes that the award "is a hugely significant moment for Korean cinema on the world stage in what is long overdue". Adding that, "Some may even wonder why it has taken this long to receive such an award given the admiration for Korean films that stretches across the globe". The film stars Kim Min-hee, Kim Tae-ri, Ha Jung-woo and Cho Jin-woong and ended its theatrical run with over 4 million admissions. 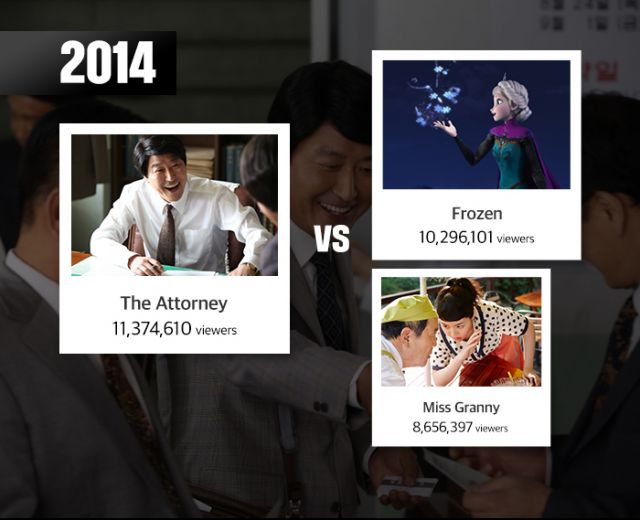 "Lunar New Year Holidays: A Time for Movies with the Family!"

In addition to engaging in traditional rituals and spending time with the family and friends, many Koreans also seize the opportunity to visit the big screen over Lunar New Year holiday, making it one of the most competitive times of year at the box office. In 2014 it was "The Attorney" (11.3 million admissions) that came out on top ahead of "Frozen" and "Miss Granny", and a year later "Ode to My Father" (14.2 million) took the honours. In this new infographic on KoBiz, you will find all the winners (and their closest competitors) over the past five years in one sharp infographic... 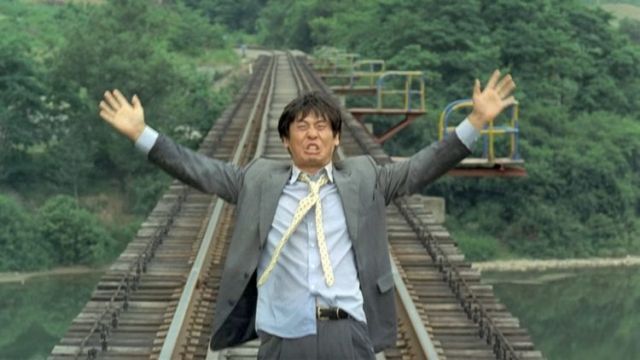 Film School Reject's Max Covill, Kieran Fisher, Aline Dolin, and Rob Hunter list their top five "essential" Korean films to help you enter the wonderful world of modern Korean cinema. "Park Chan-wook, Bong Joon-ho, Lee Chang-dong, Kim Ki-duk are a few of the most notable directors in Korean history and they all arrived during that period at the beginning of the century", writes Max. "There is a reason why there are so few Korean films of note and why these directors are constantly named. Thankfully, productions are becoming more frequent every year and Korean film is thriving". Do you have any great Korean films to add to their lists? 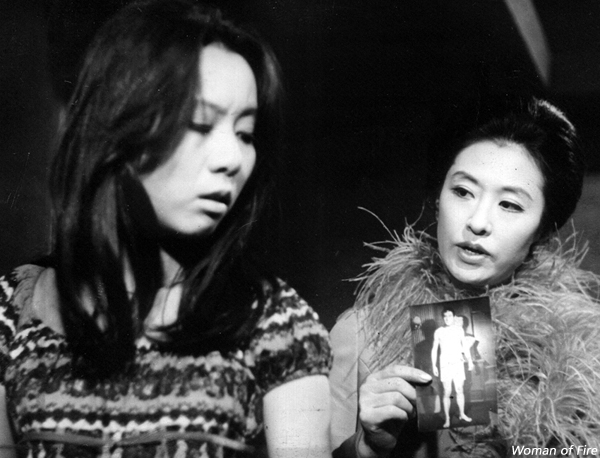 "20 Years after His Death, Kim Ki-young's Will to Live Lives on"

Kim Ki-young is, writes Pierce Conran in this retrospective on KoBiz, "one of Korean cinema's most celebrated directors". Kim was born in 1919 and later became known for his psychosexually charged melodramas, powerful femme fatale characters, and "ingeniously grotesque flourishes". His 1960 film, "The Housemaid - 1960" (which would eventually be remade in "The Housemaid - 2010" by director Im Sang-soo) is his most famous feature, his masterpiece, but Kim also has an impressive filmography as well. In this feature, Pierce reflects on this legend of Korean cinema's life and works in recognition that this month will be the twentieth year since his sudden passing.