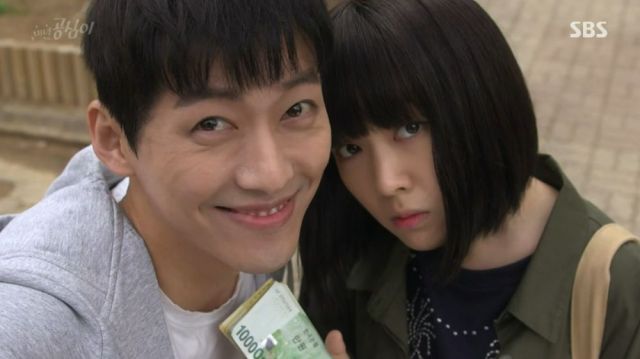 If you are feeling empty on the romantic comedy front, look no further, as "Beautiful Gong Shim" is here to provide all the things we love about them. Of course this means it includes a lot of the things that are problematic for less tolerant of certain frustrating cliches viewers, but this is not breaking news when it comes to dramas or romantic comedy.

"Beautiful Gong Shim" is not fresh in many ways. The character of Ahn Dan-tae (Namgoong Min) is not officially a jerk chaebol heir, but his hinted birth secret will probably take care of that. He is also a hoot and a half and a pure pleasure to watch. Gong Shim (Bang Minah) is equally quirky, from her odd choice of wig to her bike bell used to clear her way in crowded streets. She is a typical lead in many ways, but her unique features and sympathy earning presentation are enough to make one love her. 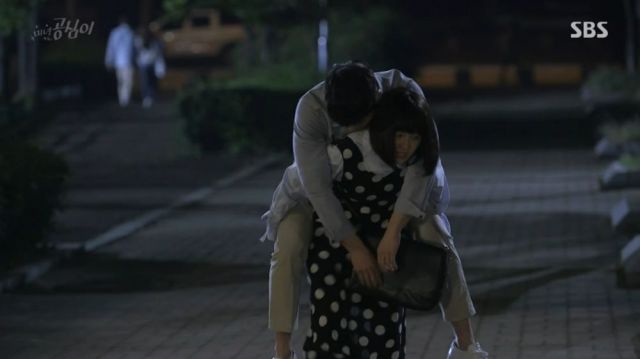 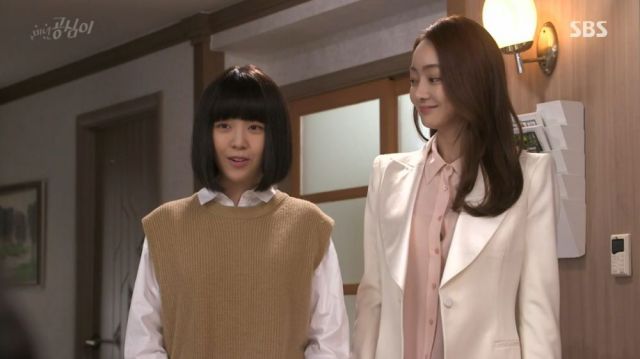 Being fresh is by no means a requirement and "Beautiful Gong Shim" is doing incredibly well for what it is. There are parts that are not as pleasant, of course and Shim's family is one. They are manipulative, neglecting, emotionally abusive and her sister Gong Mi (Seo Hyo-rim) is basically the Devil. She is also our second female lead, so if you do not appreciate forcefully annoying characters and a lead accepting their behavior, you will find yourself frustrated a lot.

To get the rest of what worries me so far out of the way, there is a kidnapping/memory loss/heir part in the plot which has makjang written all over it and I can already see the melodrama coming. What yanks most recent rom-coms out of their genre and permanently kills the mood is that too much is placed onto these melodramatic parts. What "Beautiful Gong Shim" has going for it so far is its lightness and silly, but endearing leads. A future where this is replaced by a jealous second male lead and succession drama does not sound as fun. 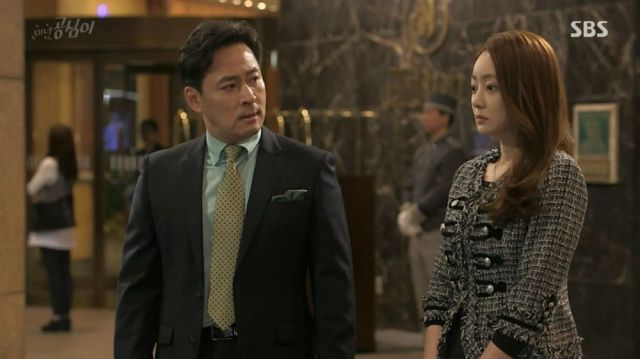 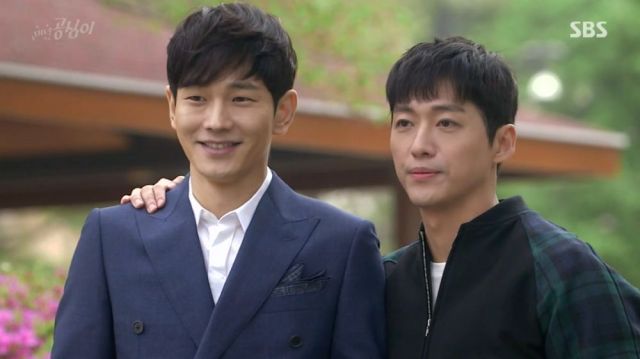 Annoying family and future worries notwithstanding, I am enjoying this series a lot. Shim might accept her family's abuse, but she does not mess around or tolerate such behavior from outsiders. She has relatable problems and goals for a person her age and Bang Minah's performance really matches the character. The chemistry of the OTP is beautiful and this is very important in romantic comedies. Seok Joon-soo's (On Joo-wan) hopefully long-lasting sweetness and the brOTP are wonderful as well.

"Beautiful Gong Shim" is ticking all the right boxes for a good romantic comedy in these four episodes. Its characters might be governed by certain stereotypes, but they also break away from them enough to subvert them at times. The chemistry of the cast works, the presentation is colorful and upbeat. Just keep the "draaamaaa" in check and I am all yours, series.