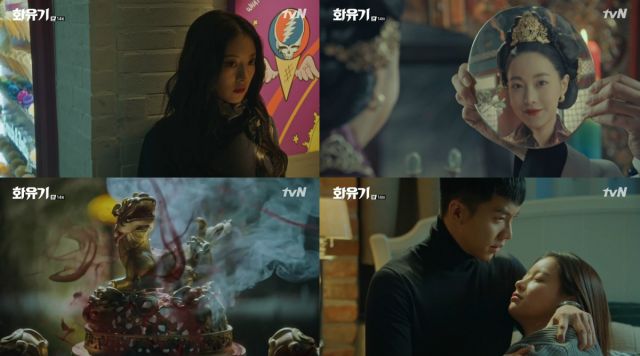 With Ma-wang out for the count, General Winter snooping into his home freely and Ah Sa-nyeo putting on her best innocent demeanor, things are not looking good for our gods and monsters. More importantly, they are not looking good for Seon-mi, who begins exhibiting strange powers due to Ah Sa-nyeo's meddling. This combined with the fate predicted by the Saryeong bring about a cliffhanger that threatens the show's heroine greatly.

To clarify here, it threatens her as a character, not just as the person we know as Seon-mi (Oh Yeon-seo). I have seen great sacrifices made to the altar of romance and noble idiocy in Korean drama, but if our heroine really chose to enter her grave over a manipulative story told to her by an evil spirit, I would like to officially ask the writers what they were thinking. Where is the Seon-mi who moments before this defends her calling as Sam Jang? Because if she has accepted, she is about to sacrifice billions to maybe protect Oh-gong (Lee Seung-gi). 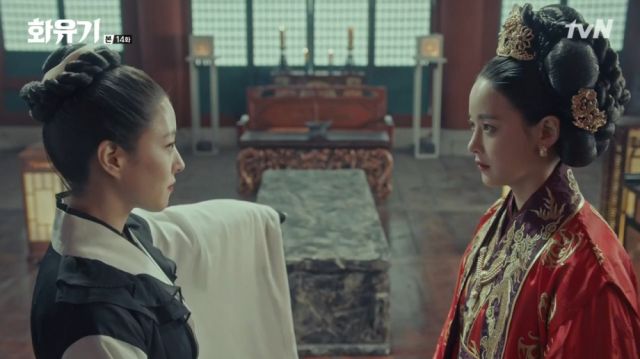 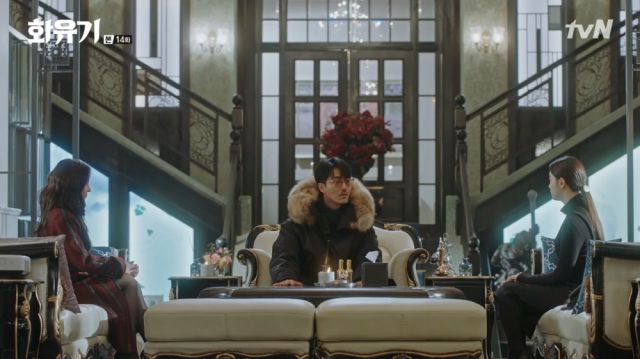 The whole episode is a case of convenience writing mostly there to make sure that Ah Sa-nyeo's (Lee Se-young) badly conceived plans and blatant manipulation slide underneath nearly everyone's radar. I understand that Ma-wang's (Cha Seung-won) condition has come as a shock to many, and seeing the man who has become somewhat of a leader or patriarch figure to them being so weak throws everything out of balance. Still, the episode draws her plans out too long and presents too many moments of her nearly being found out for comfort.

The main pair of Seon-mi and Oh-gong are not doing better in this situation either, but as far as the romance goes, what happens at the end of the episode is a good cautionary tale about what lack of honesty and communication can cause. Oh-gong took Seon-mi's agency and right to choose away from her in some selfish noble idiocy infused manner, so our heroine takes that agency back. Unfortunately, Seon-mi is someone who has been dealing with great pressure and a burdensome calling. She is not currently making the best decisions. 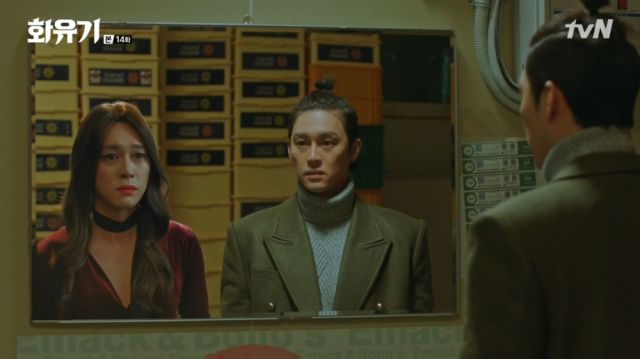 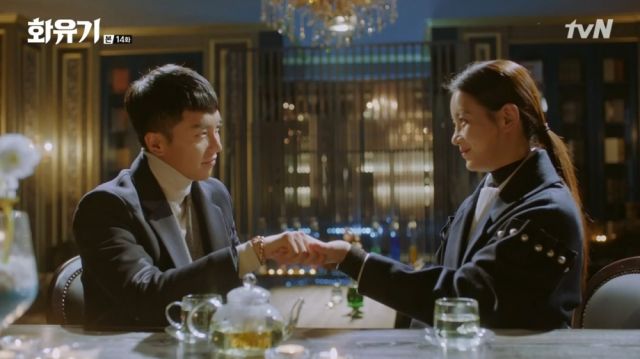 This is perhaps the only reason why I am giving her as a person the benefit of the doubt. "Love makes us blind/stupid" is a common statement rising from such romances, and people can truly go to extremes because of obsession. Understanding of the character's bad emotional and mental condition aside, this decision is a very bad one in terms of the drama's narrative. It essentially damsels the heroine while at the same time repeating the already dealt with abandonment of her calling.

Flimsy writing aside, the episode at least addresses the world building a bit more, and we continue to get development for some of these characters, although not as much as they should have had by now. "A Korean Odyssey" (also known as "Hwayugi") is a classical case of a world built larger than its story intends to explore, but if episode fourteen does something well, it is to show us how strong the bonds between these supernatural misfits are. They sadly formed during a time we do not get to see.