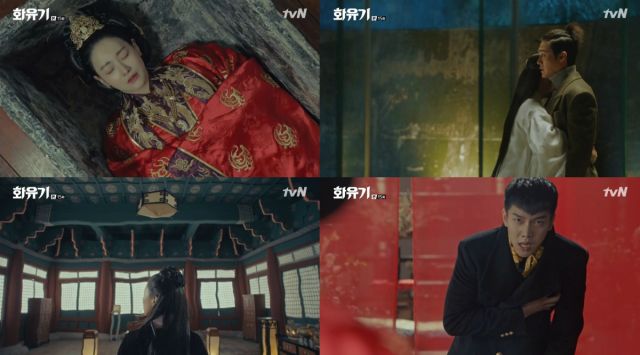 If episode fourteen of "A Korean Odyssey" was shaky, episode fifteen is floundering, as one baseless twist follows after another. With Ah Sa-nyeo in control of Seon-mi's body, the group have to find a way to the latter, while keeping the former busy. Meanwhile, General Winter is pushed to a corner due to his contract, forcing Summer Fairy to make a very important decision. The world is still ending, but I think even the creators have forgotten it by now.

I was disappointed with the previous episode of "A Korean Odyssey" (also known as "Hwayugi"), but I would say that this one takes the cake in convenience writing. The death of Summer Fairy would have been a great emotional moment, had she been more prominent and developed, but it is further tainted by its use as a tool to sweep loose ends under the rug. Her death saving General Winter (Sung Hyuk) is not a stretch, but Ma-wang (Cha Seung-won) regaining his sight is quite the narrative eyesore. 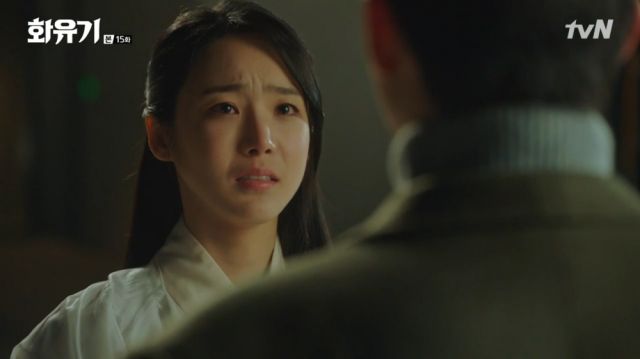 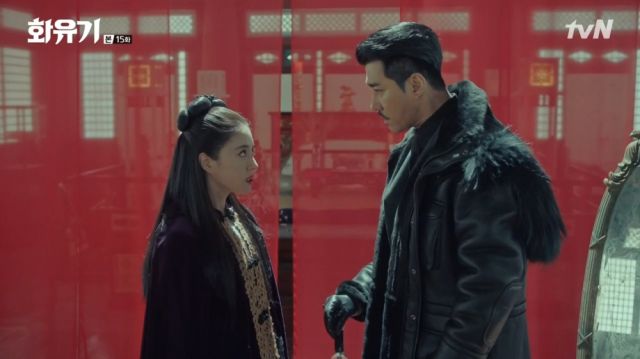 An even bigger issue here is how Ah Sa-nyeo (Lee Se-young) keeps sparking unnecessary conflicts and sudden irrational behavior in characters. It is almost as if she is an avatar for the writers by this point. Following Seon-mi's (Oh Yeon-seo) instant loss of caring for the billions she is supposed to save, Ma-wang is now tilting at windmills. Not because of evidence, of course, but because one evil spirit said so, and because the writers need him to keep going from sensible to having the deductive reasoning skills of a conspiracy theorist until the end of the drama.

Perhaps these issues are just a sign of the show's troubled production schedule catching up, but the collapse of plot coherence in Korean drama, as well as shows by these writers in particular, happens too often to always hide behind that excuse. With only five episodes left in "A Korean Odyssey", whether they tackle the supposed end of the world or even the Saryeong's predicted fate is not important. We are long past the point of the rich world these characters inhabiting being given any treatment worth that richness. 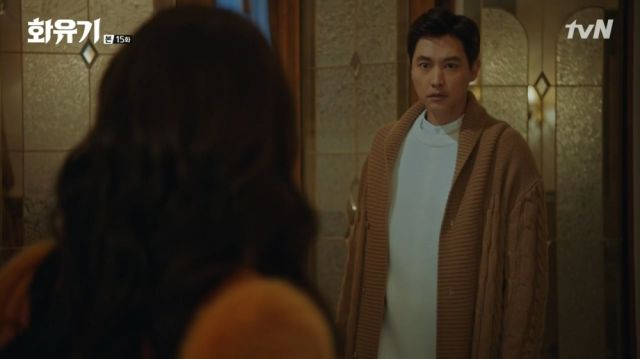 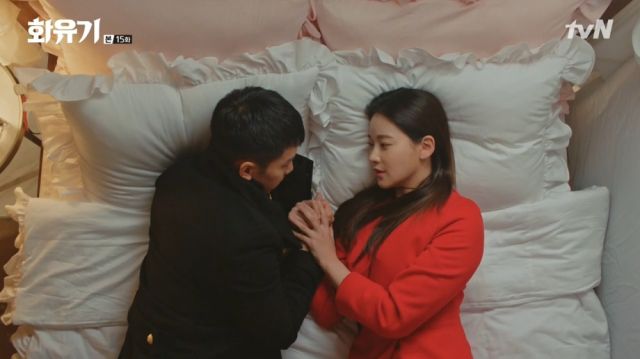 Even our Big Bad, Ah Sa-nyeo has been little more than a caricature who does not feel dangerous or powerful at all. The ones giving her power are the rest of the characters who fall for her tricks, like Scooby-Doo civilians being terrorized by a petty criminal wearing a sheet. At the very least, she is connected to Kang  Dae-seong (Song Jong-ho), who is no doubt the drama's true villain. At least I hope that he is, otherwise we are running out of options to inject some excitement back into this for a manageable final act.

I hope that the romance will conclude nicely, especially since the writers sacrificed their heroine's caring nature and prowess for it so nonchalantly. If Son Oh-gong (Lee Seung-gi) is so amazing that he is worth 7.6 billion souls and not a second consideration for their sake, it better be a spectacular marriage with five children, three dogs, two gerbils and a picket fence. As for the hero's shackles and true emotions, we will cross that bridge when we get to it.