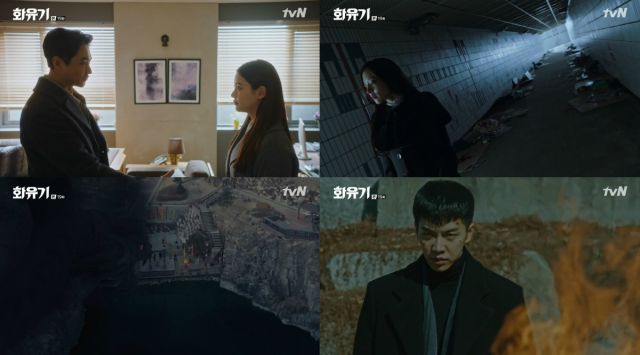 The ground is shaking with the sounds of a waking dragon, but the plot in "A Korean Odyssey" shakes with it. The time has come for the epic battle, but there is so much to wrap up around it, that the episode feels like a mad dash to a finale the creators were not quite prepared for. With Oh-gong and Seon-mi each having self-sacrificial thoughts, a lot goes wrong within the story as well.

In the production's defense, a lot has been going badly for a very long time, and the original vision that seemed to govern the conception of "A Korean Odyssey" (also known as "Hwayugi") may not have come to pass due to practical reasons. At the same time, the show's creative choices clearly lack a sense of limitation. Much like the pitiful computer generated dragon who can do nothing but float and roar, the drama has been running on fumes. 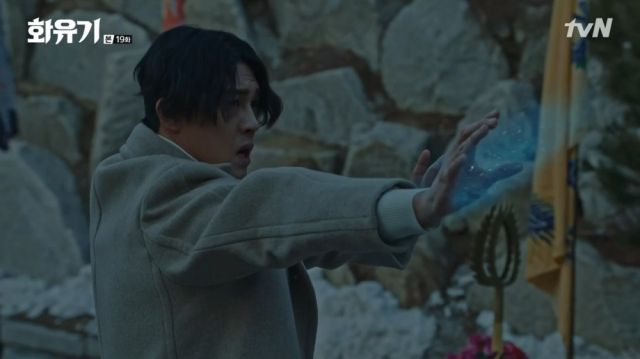 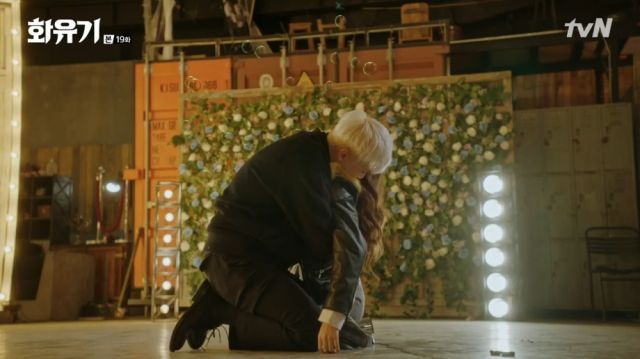 The struggle for ratings and mass appeal is the eternal burning issue with entertainment and art, and "A Korean Odyssey" has sacrificed more than Seon-mi's (Oh Yeon-seo) life for it. I do appreciate that the writers take the time to wrap some things up. General Winter (Sung Hyuk) gets to make a choice that honors his sister, while the criminally underutilized ocean prince (Bora) dies for a bond that was never properly developed. There is good dramatic value in episode nineteen, but it lacks good basis.

Things are somewhat better when it comes to the maybe-doomed OTP. Oh-gong (Lee Seung-gi) and Seon-mi were both played by cruel deities, and then punished after falling for their match-made-in-heaven fate. I do not know whether the Hong sisters will pull another "Hong Gil-dong" and go for tragedy once more, but the series has tried building up the necessary narrative support for it. This romance was built on force and necessity, which makes its possible ending sad, but expected. 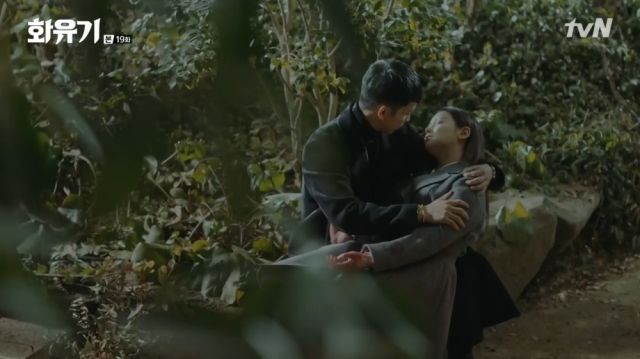 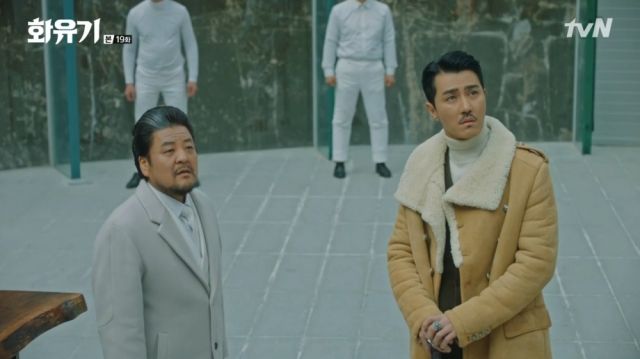 As for the villains and the whole concept of the apocalypse, it is another unfortunate victim of the drama's self-imposed limitations. Ah Sa-nyeo (Lee Se-young) was given some very badly conceived internal struggle that even the otherwise capable actress had trouble grasping. Kang  Dae-seong (Song Jong-ho) could have been a terrifying presence, but much like his dragon, the man is simply a plot device whose villainy never flourished.

As we go into the final episode, I expect Ma-wang's (Cha Seung-won) story to conclude through finding his son, and I assume a lot of the other characters will be forming a new life. Since Sam Jang succeeded, or rather had her beau take over and succeed for her in a grand display of oppadoration from the writers, I assume that said new life will move on, but perhaps not without an open ending, which I already sense coming.