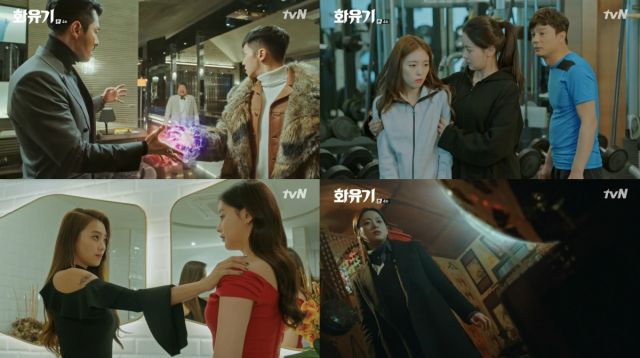 Well, I asked for a main story and for Seon-mi's purpose in it, and episode four of "A Korean Odyssey" delivers. It turns out that our heroine has a much heavier burden to bear than expected and she needs her group of merry monsters to help her carry it. Seon-mi starts bonding with the group, but the reality of Oh-gong's forced connection to her leaves her feeling lonely as a challenging future approaches.

Now that we are over the rom-com shenanigans, I am enjoying the more honest portrayal of the connection between Seon-mi (Oh Yeon-seo) and Oh-gong (Lee Seung-gi). We already know that his feelings will eventually become his own and become true, because this is a romantic series. At the same time, it is nice not constantly having the current, very sad and forceful situation be painted as an adorable and cheerful one. Seon-mi understands this as well now. 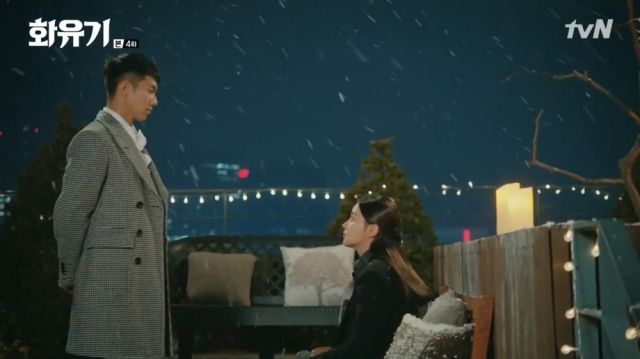 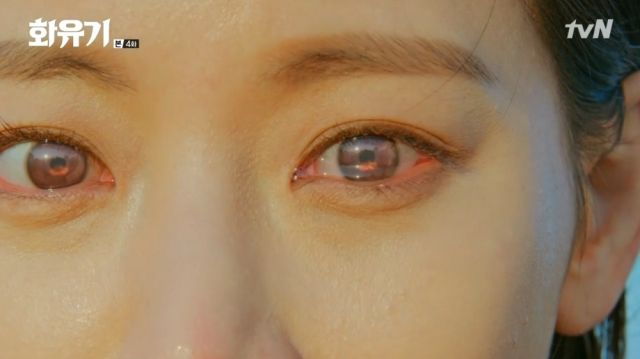 This adds onto how tragic of a heroine our Chosen One is. Seon-mi has been treated badly by life, people, gods and demons. She is alone, because those around her are either prisoners or there to exploit her for personal goals. As if this were not bad enough, she now has to stop the end of days, possibly by sacrificing her own life. From a narrative standpoint, a series with such a heavy fantasy element needs bigger stakes than the usual couple hook up of romantic shows, so this is a pleasant surprise.

How the world will come to an end or how Seon-mi and her jolly misfits will stop it is still a mystery, but that is something reaching beyond the introductory episodes. I assume that Seon-mi's blood and what it has caused will be related, as will Boo-ja's (Lee Se-young) plight and our new character, Kang  Dae-seong (Song Jong-ho). He might as well have "Evil" and "Murderer" tattooed on his forehead, and since he is eyeing the position of President, it means that the war could very well be caused by him. 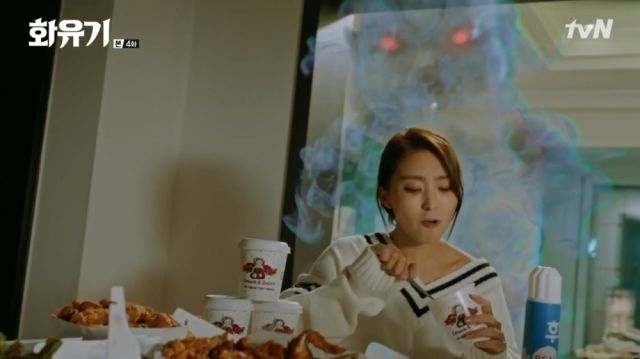 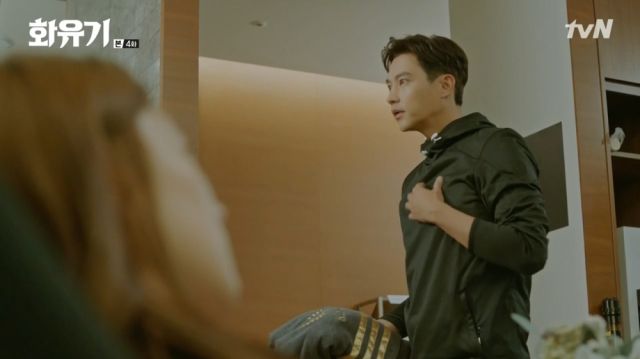 I do wonder where this leaves our creepy-crawly-of-the-day set up, however. The glutton demon looks silly, but appropriate in design, and while the topic of eating disorders is unfortunately very lightly touched upon in this standalone subplot, I do like it that "A Korean Odyssey" (also known as "Hwayugi") tackles timely social issues. I just wish they would be better developed and with richer guest characters. Perhaps they will now receive more focus as stepping stones to a safer world.

There are still things which need tweaking about "A Korean Odyssey". The CGI is too awful and too relied on, Cha Seung-won's comedic act got old about 2 scenes into this and it is now bordering on insufferable. We have a lot of characters who are so far only serving decorative purposes. The romance is off to a tonally indecisive start. Yet the potential of Seon-mi's mission and how it can change and mature those involved is one I hope we see realized.