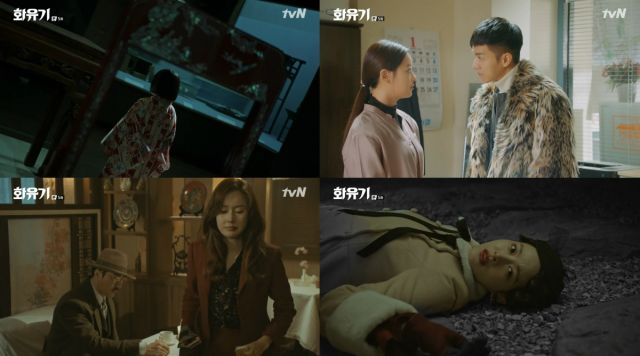 Seon-mi's burdens keep multiplying, as something happens to put our previously detached Bull Demon King in a much more invested position. After the big revelation of our heroine's mission, "A Korean Odyssey" takes a step back to look at her unique connection to Oh-gong. While the nature of this fake bond has been there for us to see, it is starting to dawn on Seon-mi that her needs tend to feed a dangerous and painful delusion of closeness on her end.

Before talking about the main romance more, I feel like I need to address the glorious yanking of Ma-wang (Cha Seung-won) into Seon-mi's (Oh Yeon-seo) story. As enjoyable as his character sometimes is, he is still an overlord removed from her day to day struggles and her fights with the supernatural. Ma-wang having a craving for her blood while still having to protect her for the sake of his goals tosses an interesting conflict his way. 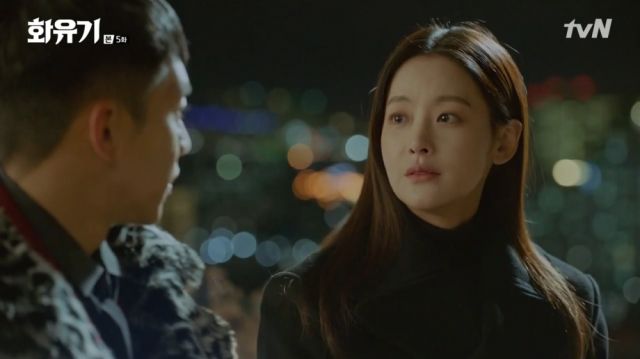 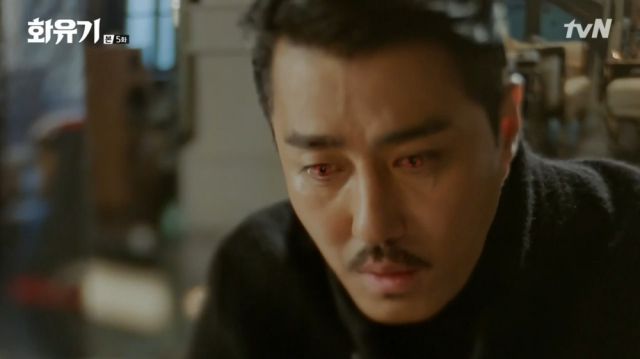 This will help drive the main story a bit more, because as enjoyable as the subplots and monster-of-the-week progression are, we have a nuclear holocaust to stop here and that mission has to become central at some point. That being said, I can see the merits in having standalone cases. While an overarching story needs its own rules carefully kept throughout, having different creatures, objects and realities governed by their own separate rules gives the creators more freedom. Still, we need that main story to happen.

While we wait for that one, we finally get to see the writers tackle the romantic conundrum between Seon-mi and Oh-gong (Lee Seung-gi) more maturely and it is highly satisfying. As cute as the romantic music and monkey puppets and all the pretty, cutesy things are, they all rely on something which is not there and that is Oh-gong's feelings. Seon-mi being shaken makes perfect sense. She has been alone and shunned, constantly hiding and fending for herself. A handsome protector who coddles her fills her emotional needs. 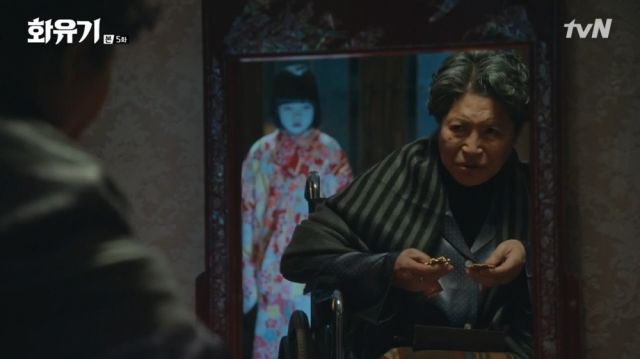 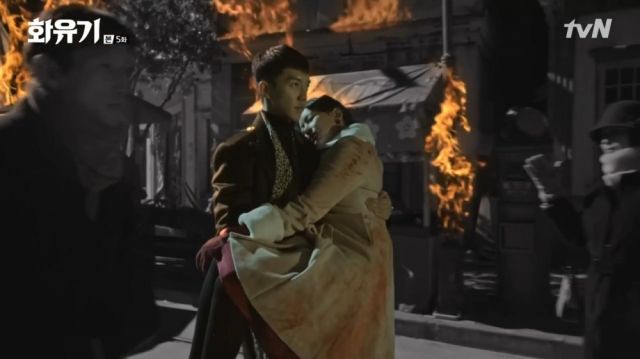 Yet as I have been saying and as Seon-mi is now realizing, relying on Oh-gong or falling for him do not consist a real bond or romance. Not as long as he is wearing his supernatural shackles. By extension, they do not only hold the romance back from truly happening, but Oh-gong's character development as well. We do not know the degree to which his prison affects his thoughts, feelings, values and ethics. His willingness to destroy a world for her is also menacing.

This is why I am hoping that the bracelet will either be gone or at least temporarily lose its power soon. It is a conflict which must happen anyway and the sooner it happens, the better. If the romance and Oh-gong as a character will be able to move forward and meet their fate, it has to. "A Korean Odyssey" (also known as "Hwayugi") is not very subtle, but it is entertaining. It has good potential, a great heroine and solid world-building. I hope it further builds upon these elements.