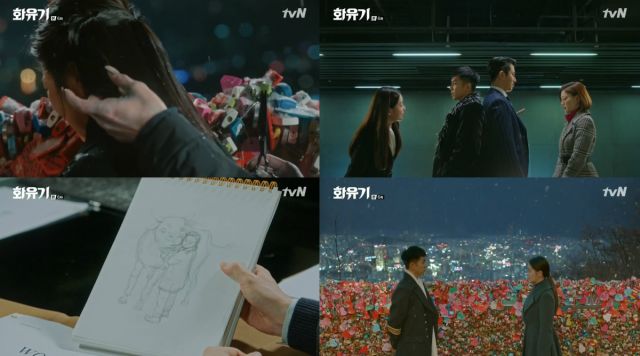 Ask and you shall receive, and although "A Korean Odyssey" is still dawdling on and regurgitating a lot of its key concepts this time around, there is at least one major point of progress in the ever so shaky thing that is its main romance. Ma-wang is feeling the burn of his little tasting and we are slowly discovering some connections made by our self-centered group of supernatural misfits.

Before getting to the juicier bits, can I just say how happy I am that Boo-ja (Lee Se-young) finally has someone who cares about her? When I first read the concept of "A Korean Odyssey" (also known as "Hwayugi") about an ensemble centered around a heroine, I assumed we would have fun bonds between them. It is a shame to see them remaining emotionally detached from most things. This makes Pal-gye (Lee Hong-ki) decision exciting. 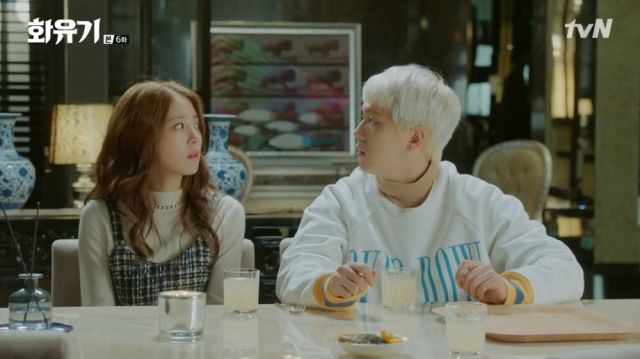 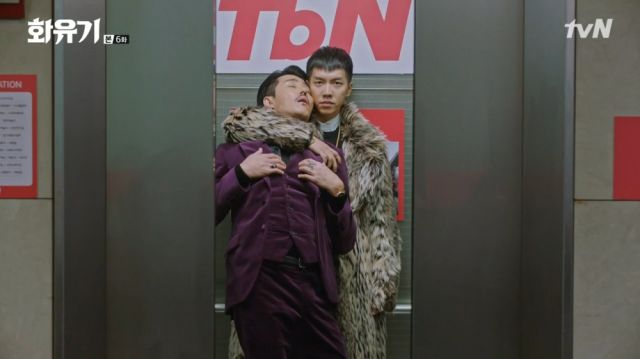 I understand the reasons behind the current situation, of course. We have a bunch of monsters, demons and deities all trying to play ball with individual sets of rules and their eyes on individual goals. It makes absolute sense that they would be selfish, detached and arrogant. Yet the concept of a joint effort to save the world is brimming with potential for some solid friendships to be formed and for some maturity to start seeping into these child-like beings.

I wonder when and frankly if "A Korean Odyssey" will get there. So far, this has been mostly a monster-of-the-day episodic series with the only true overarching main thing being the romance between Seon-mi (Oh Yeon-seo) and Oh-gong (Lee Seung-gi). I am glad that at the very least this part has seen some progress. General Winter's (Sung Hyuk) method might not be a permanent one and Seon-mi's question was a waste, but Oh-gong's addition of "I love you" pretty much answers my question about his true feelings towards her. 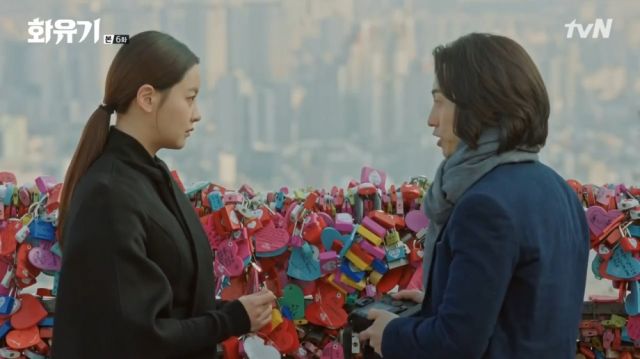 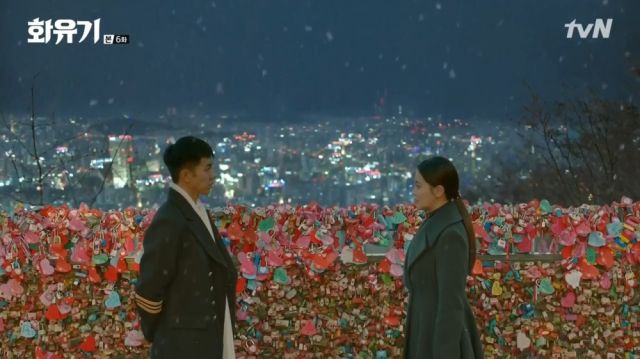 I just need the rest of the story to move forward as well. I have no delusions about why the bulk of viewers would watch a work by writers famous for their romances. Yet a dragging romance alone will not do the trick for anyone, especially after the destruction of the world has been dangled as a carrot that needs to be addressed by the heroine. At the end of the day, it threatens the romance as well.

I quite enjoy "A Korean Odyssey", but this is my wish for the upcoming episodes. The cruel one-upping of these creatures that is hurting the ones it involved needs to lead to something other than comedic scenes and our heroine needs something to do besides tackling creepy crawlies and waiting for a mean monkey to learn manners and dating etiquette. That being said, the imminent jealousy and perhaps more aegyeo from Oh Yeon-seo are not a bad deal for us.