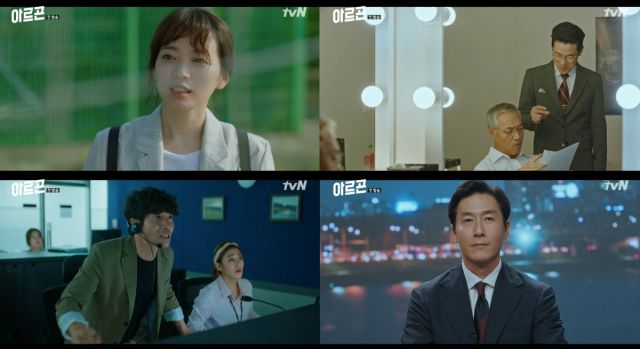 "Argon" is here to destroy any faith in mainstream journalism that you may have been holding onto while exploring workplace and hierarchy dynamics as well as the personal consequences and triumphs of a very demanding job. The series is fast-paced and so far focuses more on its leading man, but there are characters around with solid potential. Step into the daily grind of reporting.

Being an 8-episode series means that "Argon" has to cover a lot in a small amount of time, so the first thing one notices is the fast pacing of the story. Much like the heroine, Lee Yeon-hwa (Chun Woo-hee), we are thrown right into the deep end of the journalistic pool. The pacing might feel jarring, but it actually fits the newsroom theme of the series. Journalism is a 24/7 job for some and our team has a lot to prove. 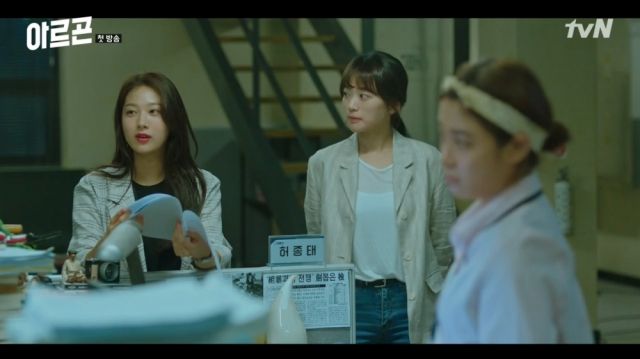 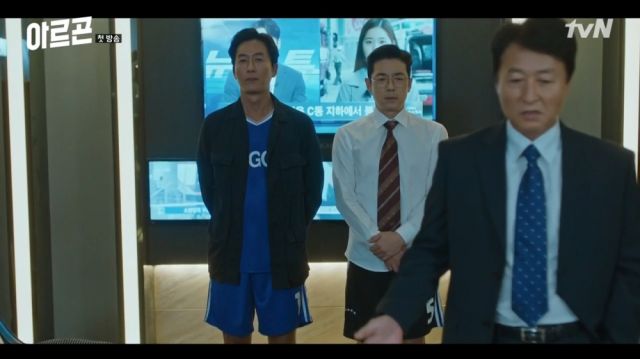 Which brings us to the dark side of the portrayed reporting. The channel places emphasis on showmanship and the topic of discussions regarding performance focuses solely on ratings. It quickly becomes apparent that no one within the ranks of the higher-ups or even among most reporters care about anything but viewership, the truth being a simple afterthought; a tool to achieve them, rather than a goal for the work produced within the station.

Enter our hero, Kim Baek-jin (Kim Joo-hyuk) and his almost romantic focus on ethical reporting and the pursuit of the truth. Baek-jin is an interesting character, because he is presented as an idealist who has fallen due to his principles, but also as someone who somehow made it to the top despite lacking "flexibility". This is where the nature of "Argon" as fiction starts to show. Despite going for a realistic presentation, the series has to work for its convenience as well. 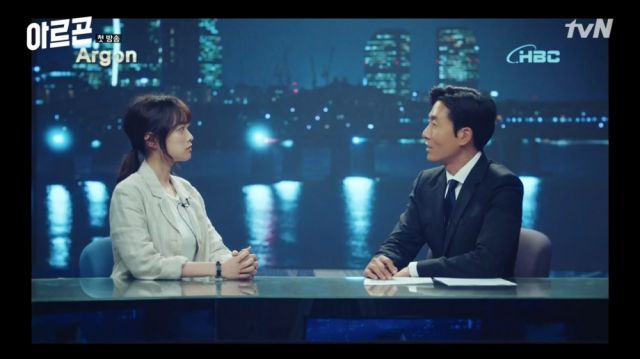 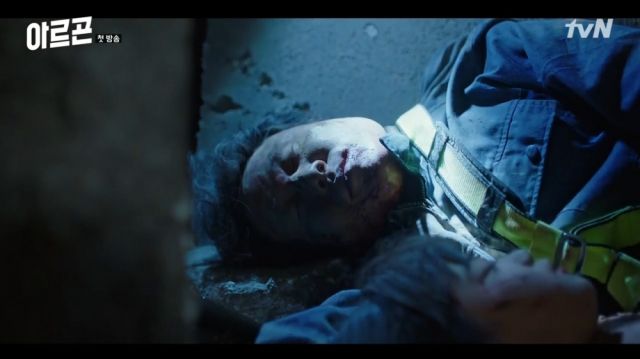 The same thing can be said about Yeon-hwa. I am actually disappointed in her character so far, although I assume her poor characterization is just the result of her being an avatar for the viewer for witnessing this new world we are tossed into along with her. I can handle the rookie who looks like a deer in the headlights and it is realistic, but her breakthrough being due to a lucky connection to a contact feels forced.

I want to see Yeon-hwa show potential and boldness, not be handed solutions due to convenient connections. That being said, connections are a reporter's bread and butter, so perhaps this is just a little help to get her out the door. I am also looking forward to the more personal aspects of the drama, such as its focus on family life for those in demanding jobs. I hope the leading duo develops nicely.