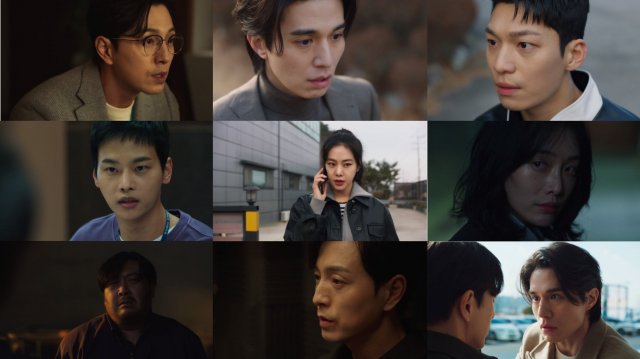 So Doctor Sin has been unveiled as the ultimate villain of "Bad and Crazy" who was once Yoon-ho, Inspector Ryoo's childhood friend with which the troubled kid made a murderous deal. "Bad and Crazy" kind of but doesn't really leave the door open to the theory I proposed in my last review, that Yoon-ho is actually yet another split personality of Inspector Ryoo. We know this has to be wrong, because Doctor Sin's devious plan involves making this as a false claim.

Doctor Sin's master plan is implausible even within the story's continuity. You might recall that the big case for most of the drama was about the murder of Yoon-ah, a sex worker. Detective Doh was able to cover up that murder by abusing his power as an authority figure, and that even beyond his own immediate authority, Detective Doh also had the backing of Assemblyman Doh, and the crime lord Boss Yong.

Doctor Sin does not, as far as we can tell, have any allies at all. He has no friends in the police. He actually has an enemy in the underworld in the form of Boss Yong. What Doctor Sin does have is an incredibly suspicious record of multiple patients in a short time frame committing murder and suicide. Even if there's not enough evidence for a criminal prosecution, with a record like that Doctor Sin should probably be facing suspension of his medical license pending an official investigation.

Nothing about the arc of the story here makes sense unless there's significant evidence tying Inspector Ryoo to these crimes that's simply not being shown on-screen. The bloody knife doesn't even come close to counting. Even if we assume the police aren't willing to take Inspector Ryoo's mother at her word that the knife was in Doctor Sin's possession for however short a period of time, the fact that Doctor Sin saw her in an official capacity at all is a matter of easily provable public record.

All of this just goes to another glaringly obvious question- how does Doctor Sin even know any of this stuff? Inspector Ryoo's insistence that Doctor Sin is the real culprit only sounds crazy because Doctor Sin's modus operandi is so poorly written that it doesn't make any logical sense. The final episode will allegedly offer some sort of explanation for this, but at this point I'm not only my breath that it will be at all satisfying.