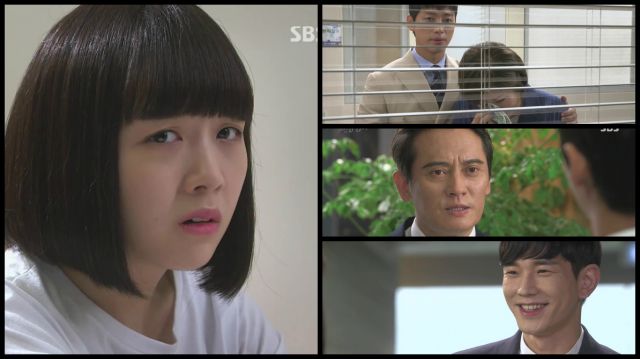 After far too long, Dan-tae and Joon-soo have finally joined hands as they have always been meant to do. Their short stint at enemies was contrived and ineffective. Their brotherhood is much more powerful when it is in full bloom and in the light of cooperation and friendship. Writer Lee Hee-myeong's strength is found in the sweet, kind, and/or funny interactions between characters. Where that strength wanes is in conflict.

Part of the issue centers around the fact that Joon-soo's uncle is, as I've said before, an impotent villain. With his gauche handling of current affairs I wonder how he managed to escape suspicion when the original crime occurred. He grossly manhandles the current situation, leaving trails of evidence behind him. Either he is taking care of things behind the scenes, or law enforcement is even more incompetent than he. On the topic of law enforcement, how did Dan-tae get permission to stage the set-up to trap Joon-soo's uncle? There was no mention of legal permissions given and as a lawyer I'd expect for such things to be mentioned. 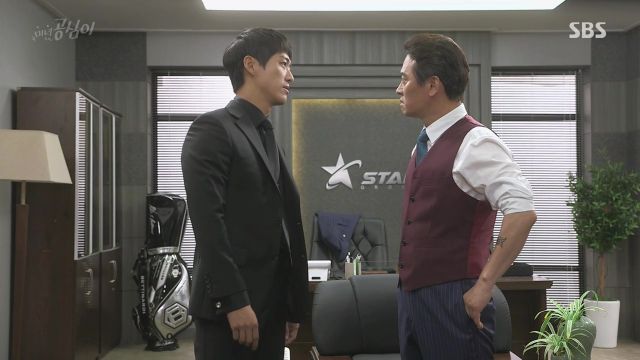 Turning to the villain who remains more of afterthought than villain, Gong Mi continues to meddle sans retribution. Despite numerous opportunities over the past nine weeks of airing, she has not once been caught, disciplined, or made to suffer the consequences for her actions. She is only pulled on screen when specifically needed - she is a tool, like scissors or a backhoe.

Joon-soo, unlike his uncle or Gong Mi, has retained his core. He is a gentle, slightly gullible man who was swayed by fear for his family, but, in the end, chooses the right path. In this episode more than any other we see this manifested in his character, and it made for some of the more poignant moments of the hour. His defense of Dan-tae against an attacker and Joon-soo's reaction to having committed violence while at the same time protecting Dan-tae was a wonderful mix of relief, fear, and determination. His relationship with Dan-tae is just as winning as that between Dan-tae and Gong Shim. 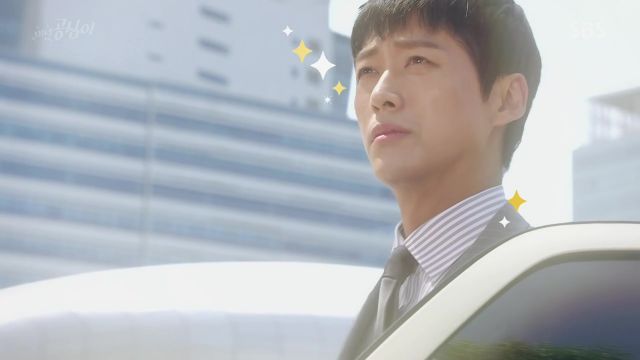 Speaking of our spunky heroine, she has finally discovered the truth about Dan-tae and his background and his current doings. She is rightfully annoyed that he kept the secret and didn't share it with her. But Writer Lee took the opportunity to mock some of the more common drama tropes. Gong Shim imagines grandma throw both a wad of cash and water at her to keep her away from Dan-tae. In another imagined scenario, Lee Hong-ki belts out OST hit "I'm Saying" from chaebol drama "The Heirs" as Gong Shim reaches for an unattainable Dan-tae, which was worth a hearty laugh out loud.

The show is coming to a close this upcoming week and I expect for things to wrap up nicely and to finally see Gong Shim walk in public without her schoolgirl wig.