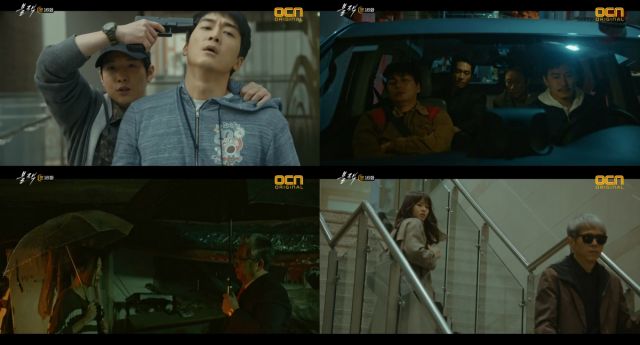 I need a few weeks and possibly a lot of ice cream to fully process what is the most jarring and packed episode of "Black" yet. While our titular Reaper continues to struggle with his emotions and obligations as a supernatural being lying to his crush, the time has come to tackle the villain and his connection to almost all of what has happened so far. I have a lot of questions and I am not even sure what some are.

As much as I dislike the information dumping nature of villains practically narrating their entire track record of evil deeds in works, I can handle the approach of "Black". Yes, it is mostly due to the fact that we have two episodes left and the writer has forced herself into a corner with this grand reveal, but at least the person being told the truth is not alone in a remote location and without some form of recording device. 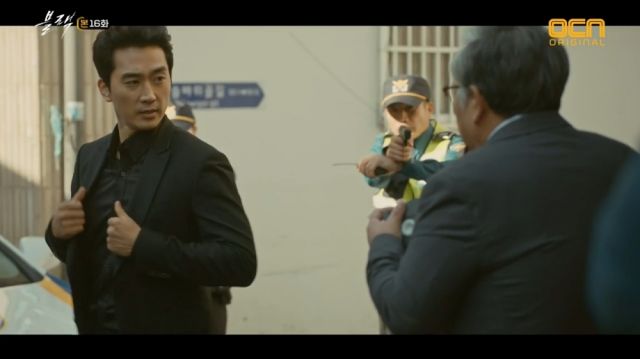 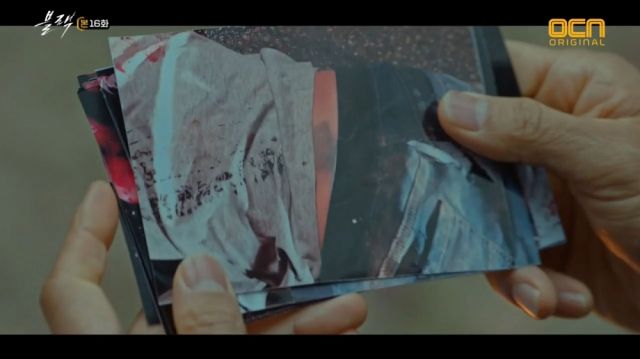 In fact, the drama does what I wish many of them did and shows us how rational meetings with a super-criminal should happen and how plans against them should be made. What this grand reveal does not help with, however, is the huge amount of information we get and how a lot of it does not seem to quite fit together. We know what went down with Joon's (Lee Hyo-je) body and the switch with Seung-cheol (Lee Joon-seo). That much as been obvious.

What about Ha-ram's (Go Ara) father, Kang Soo-hyuk (Kim Hyung-min)? Wang Young-choon (Woo Hyun) said that "that person" asked him to kill Ha-ram's father, but the way he spoke made this person the same one as the one he was after, which we now know is Kim  Yeong-seok (Lee Doo-il). So why is Kim  Yeong-seok denying this particular murder? It feels too late in the game to have another villain, but there are many indications of one existing. 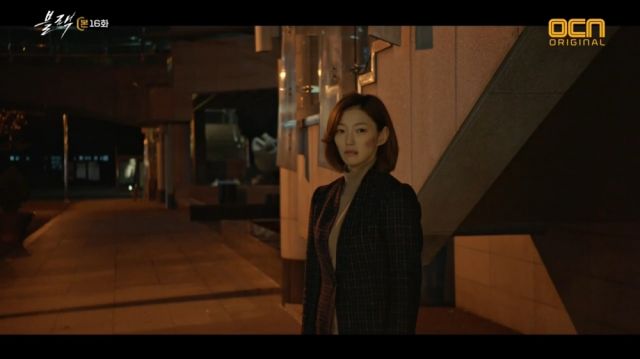 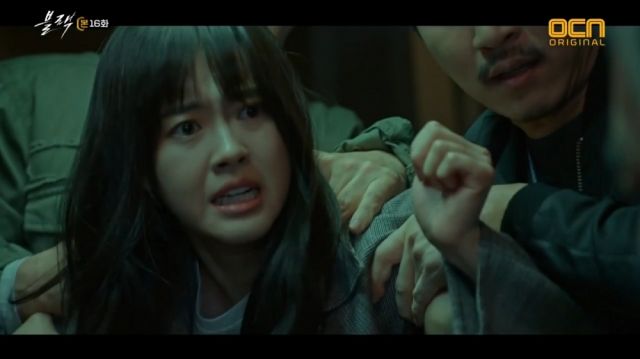 Yet aside from this discrepancy in who killed Kang Soo-hyuk, we have the seemingly standalone, random case of Man-soo's (Kim Dong-jun) mother and her ties to Nam Joong-pyo. For a show that minds its details so much, as most recently seen with the doctor and his peppermint allergy, "Black" is throwing a lot of hints at things which do not really make sense. Of course, it is highly possible that some things are planned and some are plot holes.

We also have Soo-wan's (Lee El) suspicious cut video and her reaction to the concept of Moo-gang's (Song Seung-heon) safety. She speaks as if he could still be in danger should circumstances change. In danger from who? I imagine the last two episodes will tackle 444's true identity and Moo-gang's mother's guilt, but with so much conflicting information and so many loose ends, I am not sure even the extension will help with wrapping up nicely.