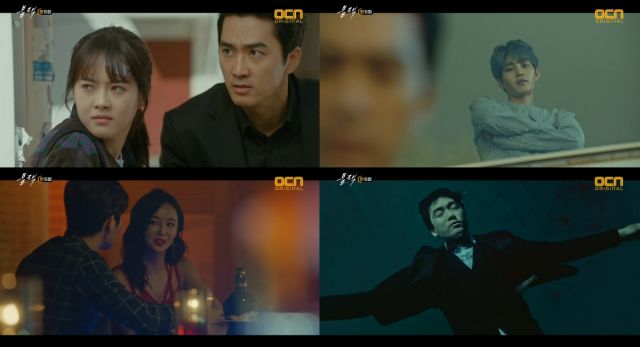 "Black" puts on its Halloween costume and nothing is scarier than the people involved with Moo-gang and Ha-ram. We have several returning faces who finally step up to take their place in this story, as Black's actions bring his new enemies as well as his target closer to him. Ha-ram struggles between two pushy bosses and her own life problems, which are about to multiply for our unfortunate heroine.

No. 007 (Jo Jae-yun) is exposition personified and I wonder if this is the sole role of Black's (Song Seung-heon/Kim Tae-woo) memories. I trust the drama to follow through, however, as "Black" reveals another pivotal character. I have been wondering what role Leo (Kim Jae-young) would play and we get a pretty shocking answer. What could the young man be or have done to turn Moo-gang (Song Seung-heon) so cruel when faced with his possible death? 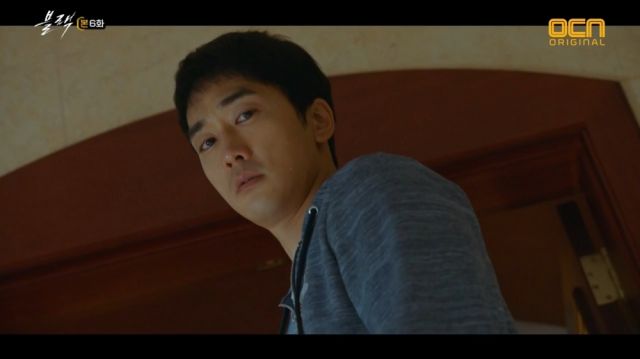 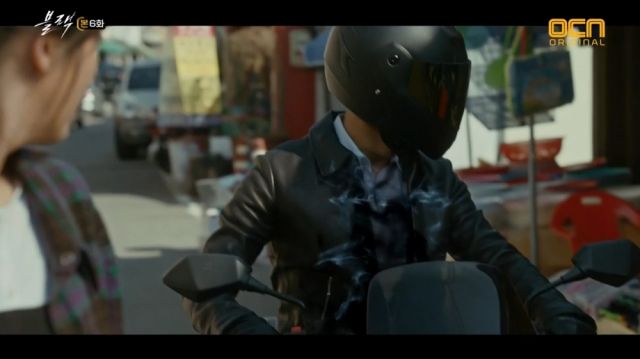 If everything is connected, however, what does this make the previous episode's case? Will we be getting standalone stories between the main one or does Geon-yeong's (Kim Tae-yool) murderous possibly-father play a role in the main story as well? The series ended this case on a grim note, but it feels as if there should be more to it when we look at the drama's overall steady focus on a single timeline of events. Tiffany (Oh Cho-hee) is another new face we might be seeing a lot of as well.

Speaking of timelines, it is nice to come back to Je Soo-dong (Park Doo-shik), our runaway Reaper. The show is more focused on the criminal aspect, but I do hope the natural and the supernatural are as connected as the drama leads us to think. I do wish Ha-ram's (Go Ara) black blindness will be handled more carefully, however. It excuses her collaboration with Black, but many of the people he asks her to check in this episode wear all-black. Quite an oversight on his and the writer's part. 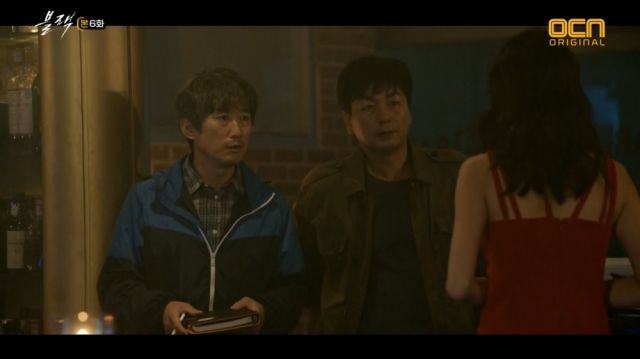 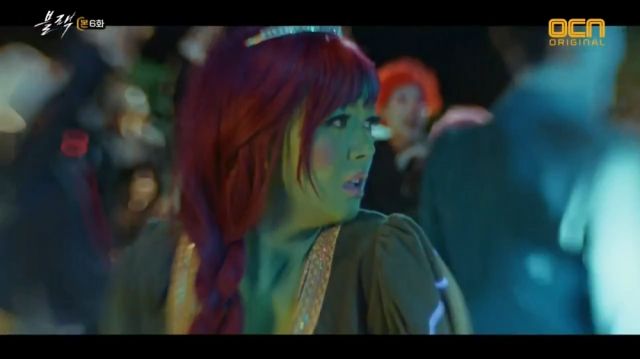 At the same time, our Reaper is not the sharpest tool in the shed; he is essentially the most clueless character of them all. Black is a blank canvas through which everyone else's stories come together to form the drama's bigger picture. Gwang-gyeon (Kim Won-hae) is now almost exclusively in charge of the Moojin incidents and Ha-ram mostly handles cases herself. I wonder when everyone will come together.

I also wonder if and when Moo-gang will make his return. Will we discover everything through Black or will the one who has opened Pandora's box be the one to reveal things? I hope that Black will become more invested in his body's history if the former applies. It looks like he may very well have to, so I welcome his growing mortality in a story which so far has mostly developed without him.