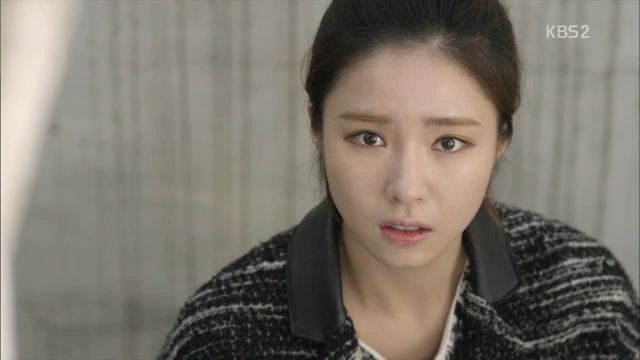 This episode focused on the return of the supposedly dead ex-girlfriend and her tragic health problems. She pretended to be dead to spare her son, Chang, and Hong-bin from the pain of living with a very sick person. Now that she's been discovered, our cast of characters has to deal with her.

I'm trying not to be too cynical about the very cliche move of bringing back a dead lover (Tae-hee) who made the noble decision to spare her loved ones pain, but it is very difficult. Rather than focus on Hong-bin's changes, his mysterious blades, his relationship with his son, even Se-dong's issue with protecting others, "Blade Man" chooses instead to bring in an unnecessary element. Instead of bringing Tae-hee back, perhaps show us how Chang grieves for her and how he unites with his father in that grief. But she's here, and she has a tragic story to tell. Se-dong is the one who hears it, and of course, has to keep it secret. In a way, it is good for Se-dong to hear Tae-hee's story if only so Se-dong can use the pain of losing her parents to advise Tae-hee. One of Se-dong's biggest character shapers is the loss of her parents and the guilt she feels because of it. Bringing that into the equation is smart.

Hong-bin has an inkling of something strange happening regarding Tae-hee. We catch glimpses of pained expressions on his face regarding Tae-hee, but I'd like to see more. Yes, he loves Se-dong now, but the pain of losing Tae-hee doesn't vanish because he now loves another. Same for Chang. He "lost" his mother. It'd be good to see them both grieve together. Instead of grief, the episode gives us shame, which is good. Hong-bin realizes that he used to be just like his father: he used money to buy off people he hurt rather than making genuine apologies. He attempts his first apology by taking two employees he had beaten out for dinner. It's an awkward but noble first attempt, an attempt he made on his own without Se-dong's urging.

The other aspects of "Blade Man" such as Madame Yoon acting villainous and Hong-joo's mother acting witchy are the same as always: trying and grating. The writer is still pushing Madame Yoon's feeling for Daddy Joo, but the emotions still seem insincere and are canceled out by the nastiness and violence she shows towards everyone, especially Hong-joo's mother. Their rivalry over Daddy Joo's affections is supposed to guide us back to the fact that Daddy Joo (like Hong-bin) also has a dead first love, but that plot line is only hanging on by a thread. It hasn't been used enough to have any significance.

With the reappearance of Tae-hee, the story will most likely focus on the tragedy of losing her and getting her back rather than Hong-bin's blades, or Se-dong's issues, or Hong-bin's relationship with his son, which is unfortunate. I hope "Blade Man" proves me wrong, though. If it doesn't, at least we still have the adorable Han Jung-soo.