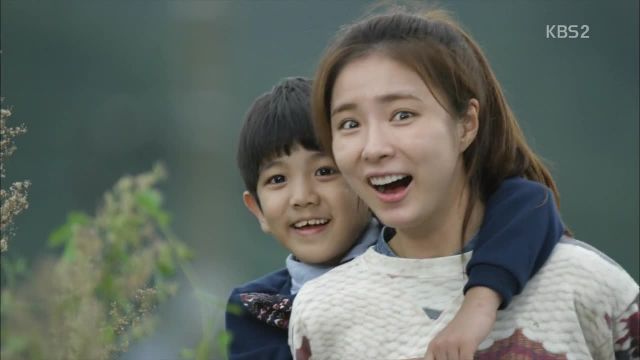 "Blade Man" is settling into a groove that balancing plot development with the show's love of long emotional beats and reveals. Hong-bin's anger-fueled blades are as much of a mystery to him as they are to the viewers. This episode sheds a bit more light on them as Hong-bin becomes more and more fascinated with Se-dong, her fierce attitude, and her ability to make everyone around her smile.

The most engaging part of "Blade Man" is the relationship between Hong-bin, Se-dong, and Chang. The heart of that unit is Se-dong and Chang who have a fierce bond and it draws the very damaged Hong-bin in. Surrounding this soon-to-be family unit is the dark humor and fun camera and CGI work that make this show so entertaining.

Hong-bin abuses Secretary Go's devotion to him and the scenes are punctuated with chyrons and on-screen schematics. Go is the best kind of sidekick: a little dull, fiercely devoted, funny, and protective of Hong-bin despite awareness of all of his faults. Han Jung-soo is positively wonderful as Go and has marvelous chemistry with Lee Dong-wook.

Storywise, the elements are piling up to flesh out an interesting backstory. Hong-bin's father may not have always been the monster he seems to be. His mother is a scarily stern woman who could be the mastermind behind the family, and Lee Mi-sook as Madam Yoon who runs Hong-bin's household and has a connection to his father. It's a broken fraternity that means little now save for the fact that there is tragedy in the family that has harmed Hong-bin and his teenaged brother Hong-joo.

Lee Dong-wook and Shin Se-kyung are performing well. On occasion they overact and that pulls the scene out of the moment. For Lee it is when he gets angry and he grimaces. At first it fit perfectly with the caricature of a man he was, but as he is fleshed out as a character, it becomes too much. For Shin it is when she is trying to portray light-hearted happiness - it seems forced on occasion. It is most natural when she is with young Jung Yoo-geun. Aside from these instances, the two actors are holding their own.

Director Kim Yong-soo-I adds animated sections during storytime and films from unusual angles, which heightens the fantastical aspects of "Blade Man". When Hong-bin sniffs at Se-dong, we get an up close shot of his nose, which makes the habit seem even more bizarre. The repeated gesture becomes a distinctive trait of the relationship between Hong-bin and Se-dong. He is aware of her smelling fresh, like his beloved, Chang's mother, but that is all. As time goes on his awareness of her goes beyond her smell and expands to her kindness. There has been little reciprocation on her end, but one can hardly blame her - he is a man who sniffs her. It's creepy.

The ending of this episode was peculiar. Very sweet, but peculiar. It shows off Se-dong's amazing ability to empathize and understand what people need, but episode 5 needs to clarify the situation. The scene again associate Se-dong with Tae-hee, Chang's mother, but at some point the show needs to have both Hong-bin and Chang see Se-dong as her own person. It is part of the adventure to be had.