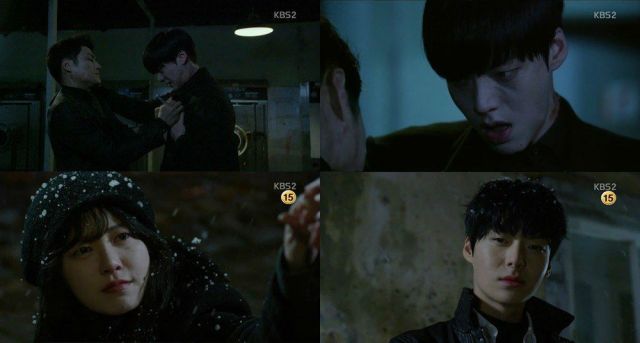 This episode opens up with Ji-sang making one last random, pointless violent attack against Jae-wook's forces. Which inevitably comes down to nothing, and inevitably results in Ji-sang being let go. I guess this one was just for old time's sake- "Blood" has been pretty dedicated to its rather arbitrary format, and there's no reason for that to end in the last episode. It's just that this time the second half rampage actually manages to accomplish something, mostly because the drama has to end somehow.

By the way, we don't get to see what happens to the patients. Like, at all. I was sort of expecting some kind of resolution there, given that the patients are what Ji-sang and Jae-wook have been fighting about the entire time, but no. We don't find out whether they recovered from the psychotic medicine, or even if they're alive. It's more important to just have Ji-sang and Ri-ta watch the sunset. 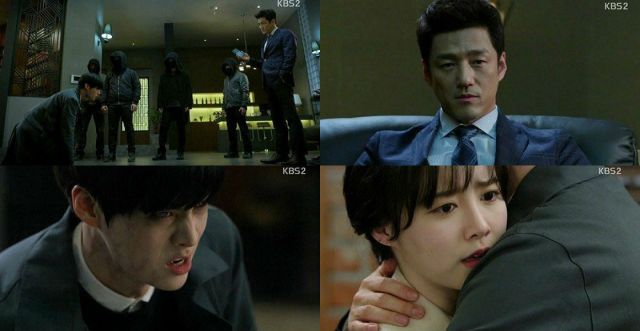 If Ji-sang and Ri-ta watching the sunset is what "Blood" was trying to lead up to I could accept that. The issue here is that as far as I can tell the actual plot of this drama does not and never has had anything to do with anything. Even the hurricane of death and betrayal that marks the final confrontation feels more perfunctory than anything else, for the simple reason that it's hard to remember the last time any of these people had a serious conversation.

Oh, and as for the police, they end up not being all that helpful. Corpses corpses everywhere and...ugh, the worst part about "Blood" is that it's so repetitive it forces me to be repetitive too. Any criticism I can make regarding this episode is probably a criticism I've already repeated several times in previous reviews. There just isn't anything left to write at this point.

I'm struggling to come up with anything about this drama that can really be complimented, but at best they're all kind of backhanded. Like, I find it kind of odd that out of all the cast members Ku Hye-sun is the only one who really looks like a vampire. I'm not sure whether it's because her skin is naturally this pale or if it's an effect created by the dark, moody lighting. Which mostly just served to make the fight scenes harder to see. Well, no matter. "Blood" is over and done with. It's not the worst drama I've ever seen, but...yeah, that's the best I can do.