There's an awful lot of recapping in "Blood" considering the drama doesn't seem to have any actual plot. I'm really not sure why we keep getting reminded of Ji-sang's basic motivation. I thought the entire point, of dedicating the first episode to his origin story was that we wouldn't need to keep referring to it again and again. By contrast, the main interesting hook of the first episode (how vampire powers can help to make a better surgeon) is barely even explored at all here. We just get more banal conversation about how Ji-sang is probably a psychopath.

Even as a medical drama the focus is rather strained. I had quite a bit of difficulty caring about the surgery that's supposed to make up the climax mostly because I wasn't totally sure who the patient even was. Huge swaths of the cast remain largely undefined as characters. This includes Ri-ta, bizarrely enough. I didn't think it was even possible for a drama to go five episodes without giving a clear portrait of one of its starring leads but it would appear that "Blood" is determined to prove me wrong. 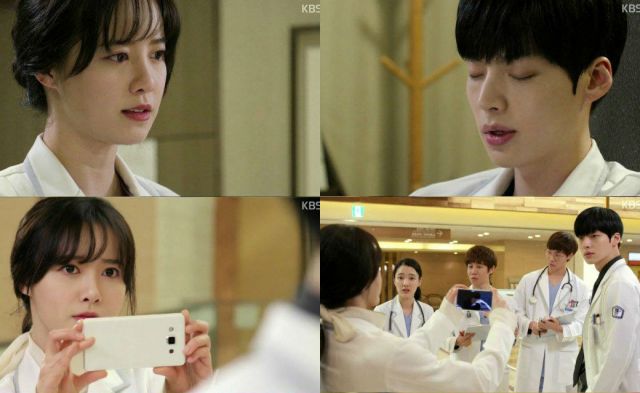 What little plot we do get is mostly just boring exposition regarding what Jae-wook wants, and the extreme ends to which is he willing to go to get it. This isn't as exciting as it sounds. Jae-wook still mostly just comes off as a tough but fair boss. Who granted might violently murder you with his vampire powers, granted. But I'm sure there's plenty of viewers out there who would still consider this an improvement over plenty of real-life bosses.

With so little of interest going on I have little choice but to nitpick the world-building here. How exactly has Ji-sang, or any other vampire for that matter, managed to keep vampirism a secret for so long? Especially in the modern world of CCTV one would expect that they'd show a little more prudence. At least Jae-wook is smart enough to use his abilities indoors.

I've tried lowering my expectations for "Blood" but it doesn't seem to be working. About the nicest thing I can say write about the drama is that it has yet to get enragingly stupid. But this is less a function of the quality of the writing so much as its general conservatism. Something really needs to actually happen soon or else "Blood" won't be useful as anything except a sleeping aid.