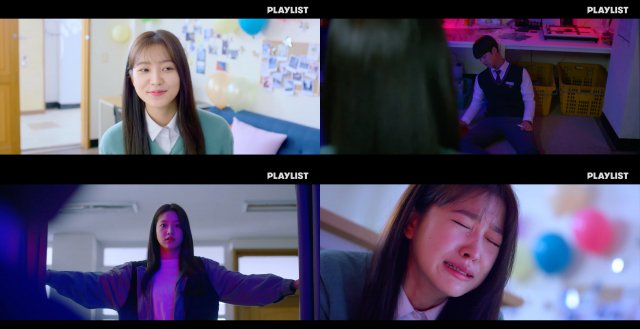 Ha-rin (played by Yeri) is a perky teenage girl living in 2011. Ha-rin's about to have the best birthday ever, because she's finally resolved to confess to her best friend Seo-joon (played by Hongseok), a taciturn boy who takes film photos but rejects his friends' requests that he take photos of them. In a particularly grim opening we learn that Ha-rin never does get to tell Seo-joon how she feels. Ten years later, she works in animal rescue.

The latest project from Playlist Studios, "Blue Birthday" sticks out for having appealing leads and a markedly effective wardrobe department. The older Ha-rin actually looks like a markedly different person than the younger one, a feat so difficult to achieve with the same actress that most productions don't even bother trying. I was likewise surprised to learn that Hongseok was twenty-seven years old. He nails the nuance of a teenager who feigns world weariness to look cool to his friends. 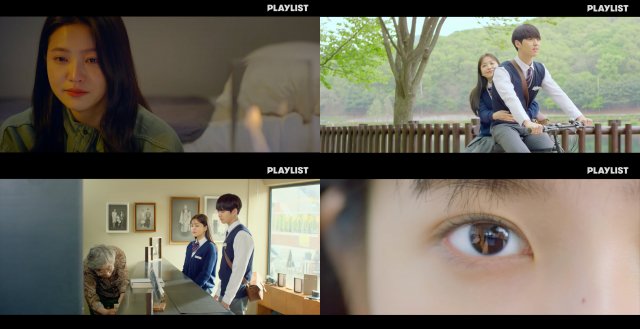 The actual story is light and fluffy, as might be expected from a Playlist Studios joint. The drama's attitude toward grief is actually fairly healthy. Ha-rin doesn't fixate on the past. She has a fulfilling personal and professional life in the present day. It's just, she has trouble moving on from Seo-joon in part because the circumstances of his death are inevitably haunting. That it happened on her birthday also effectively turns that day into a memorial service among their friends.

Some of the finer points of the premise remain more difficult to pin down. It's not, for example, all that clear how or why Seo-joon died. Perhaps most cryptically, when Ha-rin does finally figure out that she's actually traveling through time and not just dreaming, the idea of using this power to save Seo-joon's life isn't the first that comes to mind. It's hinted that Ha-rin either can't or shouldn't use the time travel to make major changes, but there's no real indication as to why.

For the most part "Blue Birthday" works as a two way mirror. It's both a nostalgic look back at being a teenager for older viewers and an optimistic look forward for teenagers dreaming of becoming functional adults. The tone is being built up to be of greater interest than the finer points of the greater narrative. The effect is sweet, yet not saccharine. The first two episodes of "Blue Birthday" are interesting enough although I'm doubtful they'll be that intriguing a week from now.