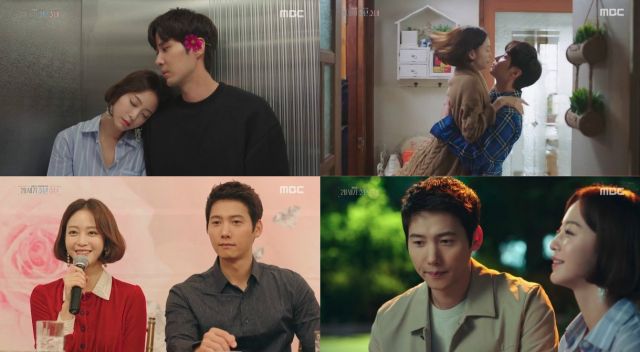 Between the thirteenth and fourteenth episodes, Ah-reum and Woo-seong are mid-scene on an airplane. Even knowing the dividng of drama episodes into half-hour ones was done for technhical reasons the lack of a scene stopgap in that storyline really bugged me. That was a lazy design decision. Which incidentally turn is the main problem with "Boy and Girl From the 20th Century" overall. The whole production is just really lazy.

Consider how the entire storyline of that same plane flight is just that there's a pervert on the plane, Ah-reum shuts him down and Woo-seong watches. There's no sense of dramatic tension or anything because the whole problem is solved so easily without so much as the pretension of risk on the part of any named character. If the purpose of this sequence was to make Ah-reum look cool, it's really late in the drama for basic character establishing scenes.

But then that's all "Boy and Girl From the 20th Century" ever does is just character establishing scenes. We still aren't anywhere near the main romance between Jin-jin and Ji-won evolving beyond mild flirting. They can't even kiss each other on purpose. Everything that happens in the plot has to be completely contrived because the characters refuse to use agency for any purpose except refusing to take action. It's all very bizarrely paradoxical.

This much is necessary because again, there are almost no obstacles preventing the lead characters from reaching any obvious goals. The closest we get to that is the fake marriage show So-ni and Jin-jin are doing. But the very fact that this is a fake marriage show, where their actions should be calculated for ratings anyway, is such that it would be trivially easy to walk back So-ni's plausibility as a competing suitor.

Presumably this is all to set up a conflict around Jin-jin and Ji-won's real relationship becoming public knowledge while she's still doing the fake marriage show A pity the big mean paparazzi storyline we already had was hugely overwhelming. Also, note the irony of the press conference here with its reporters clapping, ooing, and aaing at a press conference as if they are sincerely impressed. I've been to those events, and that is not how they go down. They're a lot more dry and technical than that, as the cast and crew of "Boy and Girl From the 20th Century" must surely know, given that they did one too.

"[HanCinema's Drama Review] "Boy and Girl From the 20th Century" Episodes 13-14"
by HanCinema is licensed under a Creative Commons Attribution-Share Alike 3.0 Unported License.