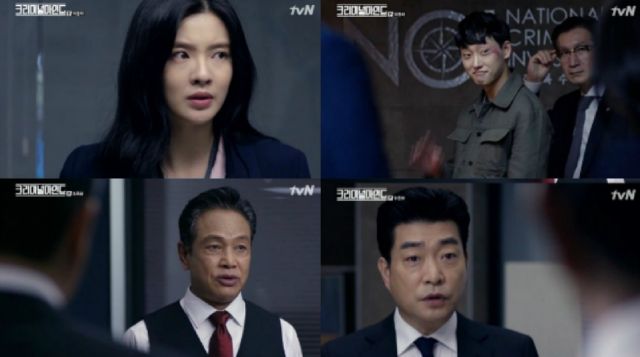 Right away the finale for "Criminal Minds" tips its hand by accidentally pointing out the stupidity of its own premise. The suspect is in custody and there is...not actually any evidence linking him to the serial killings outside of the website, which he claims is a fan website. This is a completely plausible explanation. Yes, people have died from a serial killer who is imitating other serial killers' patterns. But how do we know the website isn't just a play-acting intended to help future forensic pathologists think like serial killers?

I mean, if such a web site existed in the real world that would be my assumption anyway. Which is how "Criminal Minds" fails to come to reach any level of compelling storytelling. I have to pretend to be ignorant about how actual crime investigations work, and view everything through the very narrow lens of the drama's crime procedural formula. I have to do this, even as the story goes to increasingly comical and stupid places while the Reaper uses magical powers to commit perfect crimes and then escape from them.

And even if I pretend like this is not contrived and idiotic screenwriting, that leaves another problem. This makes the main characters look completely incompetent. When even the stupid serial killer fanboy is able to easily predict their moves, it's hard to hold any credible hope that they'll get one over on the Reaper. The suggestion that maybe the main team is not the best fit for the job is absolutely on-point, just not for the reasons we end up being given.

Even in the context of mass leisure entertainment, crime procedurals are a fairly explicit waste of time, and "Criminal Minds" makes no effort to at least let me pretend like the story I've just seen had any kind of insightful moral point to be made. The Reaper sure was a bad dude. The end. There, I just spoiled the entire thematic arc. I mean really, what is there even to criminally profile in a villain whose only apparent character trait is his sheer omnipotence?

That's not even getting into how bizarre it is that the Reaper's path to power ran through an Internet message board of all things. Also, let's consider for a moment the saga of random cop with expository dialogue, who somehow ends up being the lynchpin of the entire case. Or how the Reaper and his allies face none of the logisticial issues the original serial killers did. Or how about just...everything.