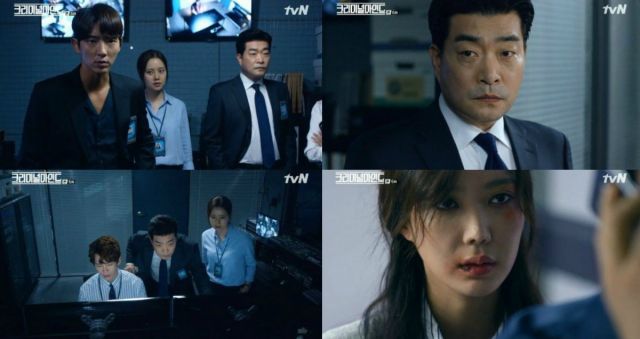 In contrast to the weird and random gimmicks that have characterized "Criminal Minds" so far, the big case this episode is structured more-or-less the same way the original American program is. The team discovers an active serial killer, and pieces together the clues to try and find the serial killer, emphasis on the criminal profile. A lot of discussion is made about mothers, since the crime in question seems specifically designed to horrify mothers.

That might not sound like much but after the last four cases I'm relieved to even have stereotypical Freudian psychology at centerpoint. By starting from the criminal profile and working backwards, every breakthrough the team makes immediately struck me as obviously logical. Even more mundane breakthroughs, like the identification of a chair, are mainly a testament to the team being thorough in their work and investigating every possible angle, however minor.

The down-to-earth nature of the villain is also oddly comforting. Whereas previous villains were nuts and psychos who persevered largely in the face of the cast's incompetence, the culprit this time actually makes an effort to be a good criminal and not get caught. While this is somewhat at odds with the modus operandi of sending video tapes to the parents of the victims, that contradiction is, among other things, how the special criminal profiling team got involved in the first place. Why create evidence of crimes that can be used against you?

Questions like that are what make criminal pathology interesting. It's what makes serial killers in general interesting, because the main factor working to the advantage of a serial killer is that since their victims are chosen apparently at random. With no obvious motive at play, an investigator has to resort to less intuitive means of solving the crime and making sure to prevent future ones.

Even with that added creative element that are still limits to the format, and it did occur to me that at a full hour, it was taking probably a little longer than absolutely necessary to go through the full plot, especially since it doesn't actually resolve by the end. Still, that was a pretty good cliffhanger, and a pretty strong episode overall, even if I am wincing somewhat at the implication that the next one will feature car chases. For reference sake, this story was an adaptation of episode three from season two of the original American series.