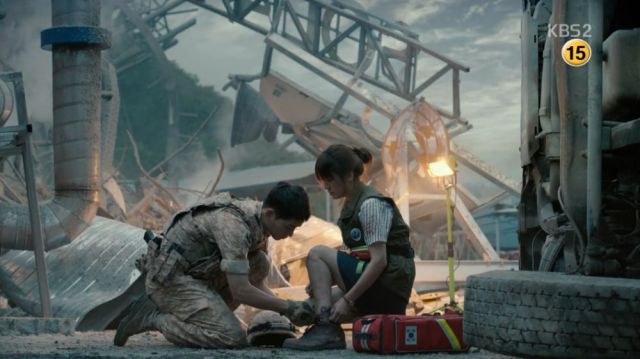 The Korean drama industry is constantly looking for hits, like any business does. As pre-produced shows have not done well in the past, creating something like "Descendants of the Sun" was a risk. In this case, the risk paid off in a major way. The series is a big global hit. As a reviewer, however, my job is not to gush over success. The drama has its virtues, but it is definitely not on the meatier side of entertainment. So here is my own take on it.

"Descendants of the Sun" portrays the struggle of its leading soldiers and doctors to do their respective jobs and stay true to their calling while falling in love. Yoo Si-jin (Song Joong-ki), Kang Mo-yeon (Song Hye-kyo), Seo Dae-yeong (Jin Goo) and Yoon Myeong-joo (Kim Ji-won) are assigned to a country in war where their relationships and dedication to their duties are tested. 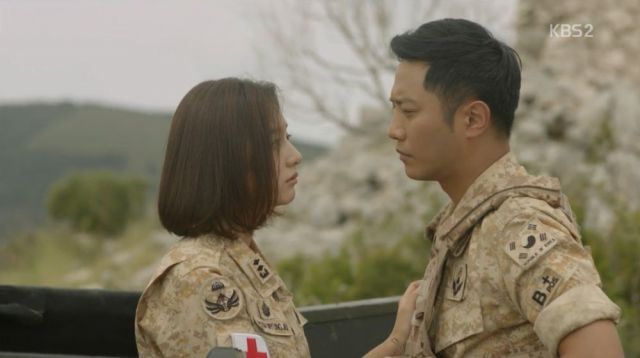 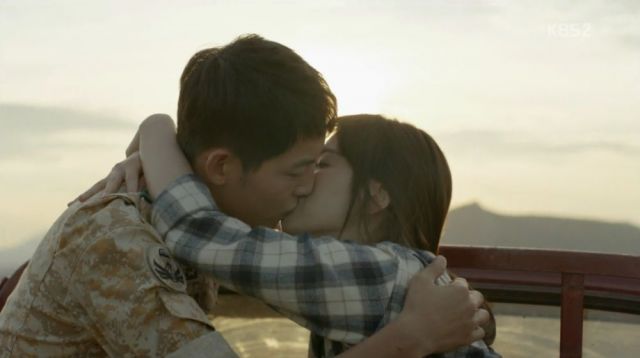 When I consider what makes the drama get through to me at times, the cast is definitely it. The actors have to deal with mostly no story, cheesy dialogue and little development, yet I feel for their characters when I see them act to the best of their abilities. I especially appreciate Song Hye-kyo, because as someone who has watched enough Korean cinema, I consider her lack of the theatricality so deeply ingrained in drama acting a good trait.

For a big part of the drama, Mo-yeon is locked in a loop of being charmed and hesitant. Yet every time that repetitive conflict arrives, the actress nails it. One thing which I do give the writers is that despite being too ideal, their main characters think and feel like real people. Kim Eun-sook has been criticized for her women a lot, but most of the female roles here are good role models, which is a great improvement.

Even so, I wish the promising basic characterization had better development, which is something I wish for the plot as well. Aside from the end goal of the couples hooking up, there is really little point to this story. Instead of using mothers-in-law and other typical elements, they simply choose to constantly dangle their characters over the gaping mouth of life-threatening danger to keep them apart and keep the show going. 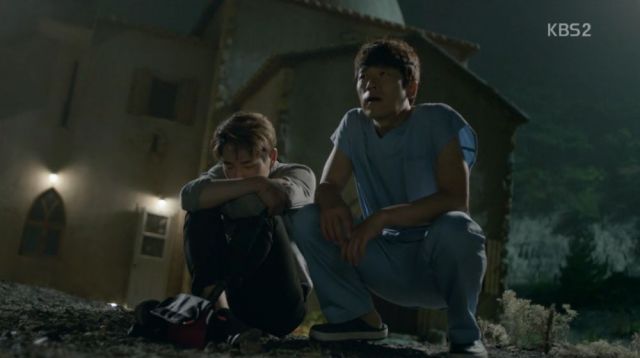 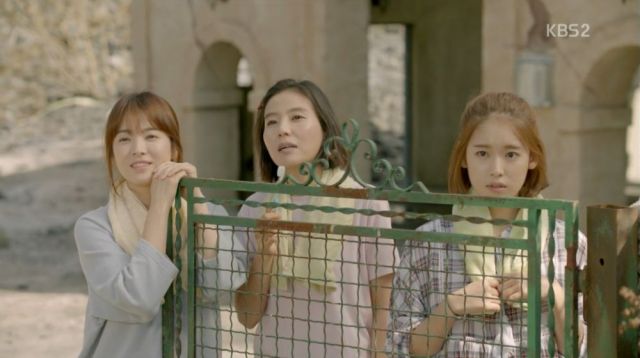 From literal cliffhangers to many non-deaths, too much happens in too small a time frame. Even in a war-stricken country, it would not all happen to the same people. The villains are silly and underutilized, the presentation is overly enthusiastic, but often cheap. With the exception of a few episodes and a few moments, there is very little substance and cohesion in the grand scale of this production, which is a shame given they had the time and funds to do so much more.

One will not mind these issues if they see dramas as fluff. Personally, I believe entertainment, including televised fiction should have variety. This does include light entertainment, which we all need sometimes. "Descendants of the Sun" is one such relaxing work; aesthetically pleasing and offering escapism to a perfect world. I just wish it understood the magic of stories as well.

"Descendants of the Sun" is directed by Lee Eung-bok and Baek Sang-hoon, written by Kim Eun-sook and Kim Won-seok-II, and features Song Joong-ki, Song Hye-kyo, Jin Goo, and Kim Ji-won.

"[HanCinema's Drama Review] "Descendants of the Sun""
by HanCinema is licensed under a Creative Commons Attribution-Share Alike 3.0 Unported License.