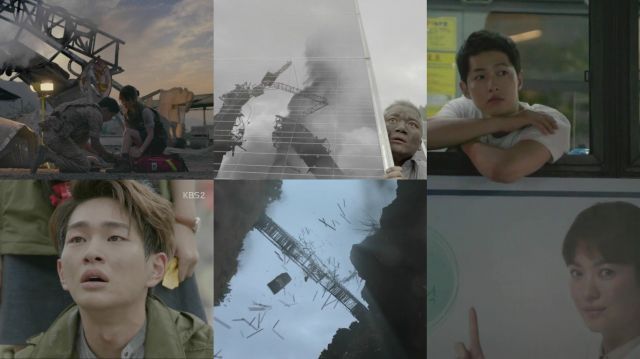 This is seriously baffling. "Descendants of the Sun" episode 6 blasted ratings precedents with 28.5%. The drama is most definitely not about action and is all about the romance, the Song Joong-ki stare, and the manufactured drama. I admit to welcoming the earthquake and the chaos it fosters because it pulls the drama out of its extremely romance heavy focus.

What detracts from the high-budget beauty of the episode is the circular happenings between both couples. Si-jin and Mo-yeon have the same fight every episode. Mo-yeon cannot accept his dangerous, unpredictable life style, and he cannot change it to suit her needs. She constantly rejects him, and he constantly puts his foot in his mouth. As for Dae-yeong and Myeong-joo, they are separated by status and family demands, but that doesn't stop them from moping around each other and missing each other. I wish we could see them more like they are with Si-jin. Individually, Myeong-joo and Dae-yeong are just delightful when they're hanging out with the precocious soldier who is madly in love with Mo-yeon. 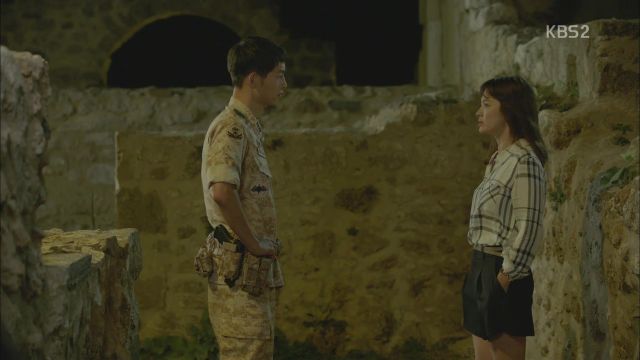 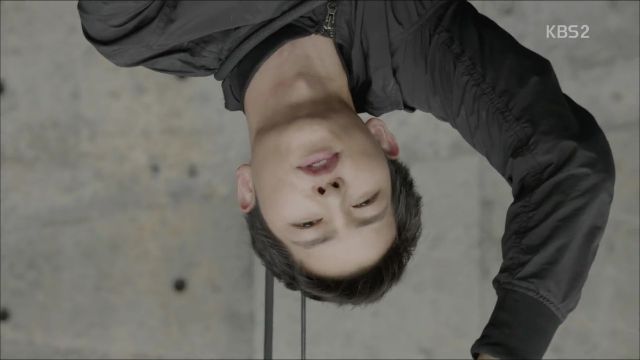 As for the earthquake, that was a very magnificent scene in its high-budget beauty and overwhelming in its devastation. It heralded in a lot of reflection about what it's like to be a medical professional and the agony one feels when life is lost. Inexperienced and naive Chi-hoon sobs when he loses (what seems to be) his first patient. It would be quite a moving scene if it wasn't for the sweeping background music that almost scoffs at Chi-hoon's emotion - as though his emotion is a paltry nothing in comparison to the music's grandeur. Onew does a good job crying after all of his adorable aegyo.

In general, I believe this drama romanticizes war and natural situations in the literary sense. It is this epic happening that changes lives. It could delve more into the nitty gritty of that rather than focus so much on the back-and-forth of the romances. With the Song-Song couple at the helm, they will never become forgotten should they not be the focus of every scene. There is also a lot of time taken up by all of the flashbacks. I'm not sure if that is meant to fill time or is supposed to effectively bolster the narrative. 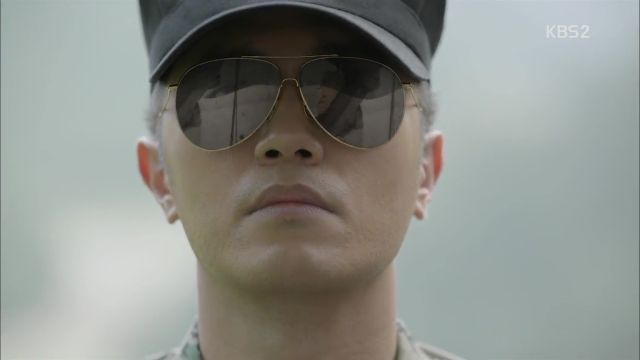 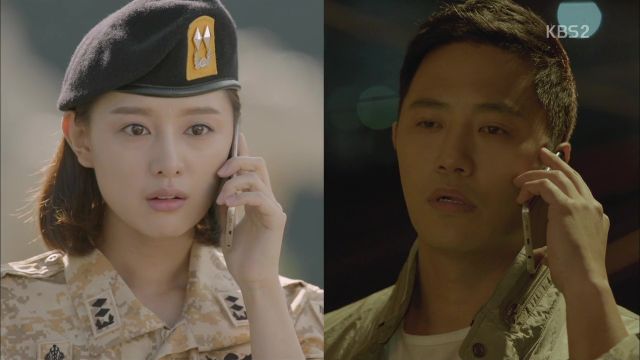 There were a few directional shot frames that were, for the first time in the show, very jarring and ungainly. The split screen between Mo-yeon and Si-jin was so haphazard. But then we get the scene that inspired the poster for the show: when Si-jin ties Mo-yeon's shoe, tells her he is glad she is safe, and then they part...again. It would be more effected if these two parted less and got along more.

Although I'm a bit disillusioned by the hype, the show still holds this magnetic appeal. It's written so that the romance, despite its faults, is engaging. We want to find out what happens to our couple, the people they care for, and the land they have decided to stay and protect. What did you think, HanCinema viewers? Is episode 6 deserving of its enormously high ratings?

Trivium by: Orion from 'Orion's Ramblings'

"[HanCinema's Drama Review] "Descendants of the Sun" Episode 6"
by HanCinema is licensed under a Creative Commons Attribution-Share Alike 3.0 Unported License.