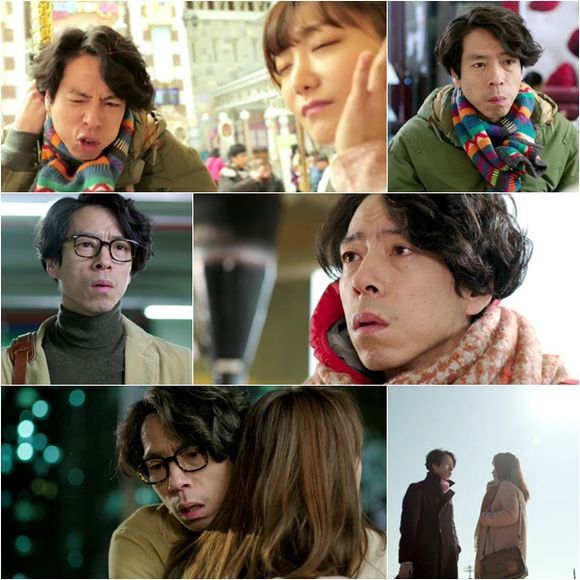 Goong-sang (played by Kim C) is a man in his forties. That's pretty much his entire conflict. Consequently "Drama Special - Playing Games" can be a bit difficult to really grasp as a narrative. There's not really anything in here that could be called a romance even though ostensibly Goong-sang's main conflict is that he's in his forties and still alone. A peculiar funeral visit doesn't really do much to significantly change that.

Which is kind of odd, considering that the situation which plays out bears an astonishing similarity to, well, most romantic comedy storylines really. What makes "Drama Special - Playing Games" seem different is the clear sense of resignation we get from our lead characters. Optimism and intimacy just feels like way too much work. It's way easier to act generally surly.

Perhaps I make it sound flippant when described like that, so just to be clear- "Drama Special - Playing Games" actually make a pretty persuasive argument for why cavorting around like a young person is a bad idea. Sure, cheerfully minded youth are bright and fun. But they're also horribly clueless and tend to invite disaster for the dumbest reasons. This is not a good time. Oh sure, for a young woman like Jin-ah (played adorably, as always, by Shin So-yul) this will just become a nostalgic memory. But Goong-sang is too old for this nonsense.

This feeling is also accurately reflected in our other female lead Eun-hong (played by Woo Hee-jin). She's also younger than Goong-sang, albeit only by a few years, and exudes the same general sense of meanness that he does. Nothing they do together is particularly cute, or even seems to make them like each other that much. And yet...well I'm not going to ruin the ending here, but the direction these three characters end up moving seems, I don't know, comfortable?

Perhaps I'm too young just yet to fully appreciate the malaise that comes in later life. That moment of kind of wishing there was more exciting drama in life, only to find some and realize that drama is terrible and just playing around with jigsaw puzzles is a lot more fun. If nothing else, I have to admire that Goong-sang is set enough in his ways that he can do a jigsaw puzzle, and genuinely enjoy it without a care in the world that someone might think he looks silly. Jigsaw puzzles are fun- what sane person would give that up just to live in a romantic comedy?