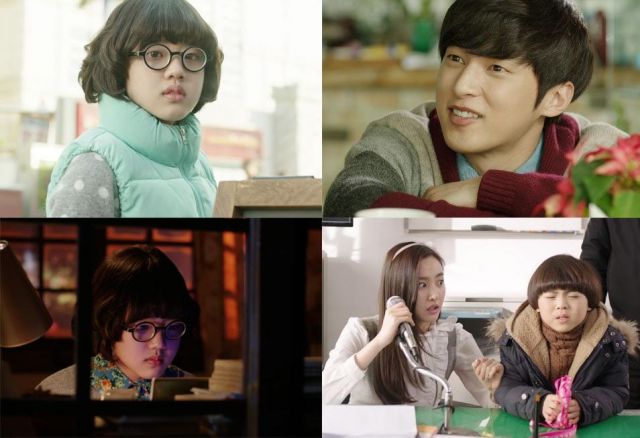 Man-bok (played by Kim Hyang-gi) is a teenage girl living with an nontraditional family, and she knows it. The funny thing is, none of this information really bothers her all that much. Man-bok lives a cheery day to day life with her foster parents and the various other surrogate children they've taken in over the years, and for the most part just appears to be a normal happy girl with no real worries or anxieties.

This changes...well no, it doesn't really change all that much when Man-bok is suddenly seized by the desire to find her birth parents, taking an offhand clue to heart and wandering about the world to try and find it. There's never any serious sense of panic or tension in Man-bok's journey. Obviously she's emotionally engaged in the process, but for the most part there's always this sense that Man-bok will have a home to go back to, that she's not really missing or losing anything.

"Drama Special - Pretty! Oh Man-bok" is about the background elements in life that we take for granted, and how these are always much more essential props than so-called correct living. Man-bok is the only character in full focus. We only ever see any other character the way she seems them. But even in these casual interactions there's astonishing warmth and love that's impossible to ignore. This is well established quite early on, when we see that the delivery man for the family's Chinese restaurant is clearly not Korean- and this makes absolutely no difference in the way the character is treated.

Somewhat perversely, the drama sends the message that love is about not caring. Man-bok learns that what she needs to do is just accept the world as it is, realize that for other people it moves on without her, and that maybe she'll have that choice to be a part of someone else's life and maybe not, but she still has something very precious to her. Man-bok knows that these emotional connections are valuable to her precisely because she does not have to consciously remind herself of this fact.

As far as narratives go "Drama Special - Pretty! Oh Man-bok" treads ground that's been done before. What makes this drama so special is the very clear lack of negative feeling and conflict, while still recognizing that feelings can get hurt. But in the end that's OK. It's something made all too clear in the ending, when for the first time we get a good look at Man-bok's family all at once- and then realize that while it's fine for her to want more, Man-bok is all too fortunate to have been raised in a situation that was able to make her into a happy, perceptive, ambitious young girl to begin with.