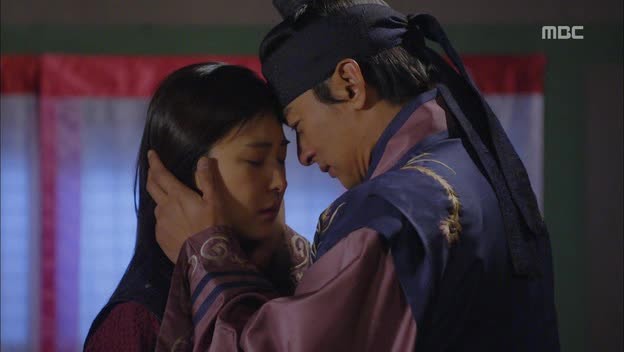 As if the plot wasn't already thick enough, the plot of "Empress Qi" thickens even further as more schemers are added with hidden agendas fueled by greed. Old schemers become more ambitious and our main players struggle to stay on top.

This episode dealt with the attempt to poison El Temur and the aftermath, which is a very complicated, tangled web of misinformation and shifting alliances. Most of the characters believe him to have passed and the resulting chaos is a well-written and filmed chorus of power-hungry people trying to achieve more power. "Empress Qi" manages to make all the secret dealings interesting without becoming long-winded or heavy-handed by interspersing it with the development of the love triangle.

That love triangle is finally starting to feel more like a triangle than a tug of war between king and emperor for their Amazon-like woman. Seung-nyang is showing conflicting emotions towards Ta-hwan and all I have to say is, "It's about time!" It took twenty episodes for the character to be clear how she feels. That revelation makes the triangle so much more interesting and tantalizing. What also fleshes it out is the time Seung-nyang and Wang Yoo have finally gotten to spend with each other the past few episodes to solidify their relationship and make it something we, the viewers, can really root for.

The love that has shot Ta-hwan into this political as more than a puppet may or may not be enough to give him the courage he needs to stage in it rather than reverting back into being a puppet. This time, he would be the dowager's puppet. As of the past few episodes, I've looked forward to the altercations between Ta-hwan and Wang Yoo because Ta-hwan has finally grown enough to be a worthy opponent. Watching him grow and change despite his major flaws is one of the most enjoyable parts of the show.

I must mention that whoever scores the background music uses a lot of cello, and that makes this cellist very, very happy. It's so well suited for the heavy mood that hangs over "Empress Qi". There is a moment when Seung-nyang is quietly brooding in her mood where a cello accompanies her thoughts that is particularly poignant. It's a wonderful use of a modern instrument to convey timeless feelings that are experienced in the past. 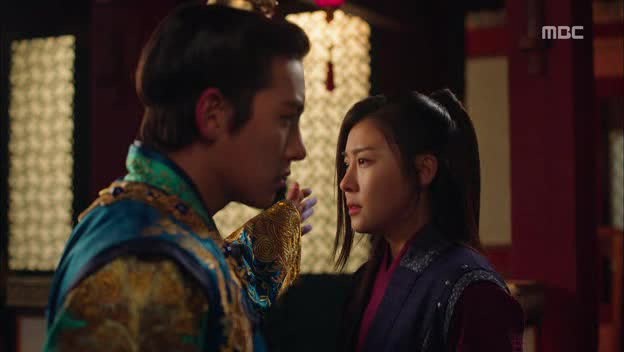 I'm glad that the politics are becoming more complicated and have more than one wrench thrown in the workings of everyone's plans. It keeps the story interesting and the characters on their toes and gives "Empress Qi" fodder to last for thirty more episodes. It also is allowing Seung-nyang to show the strengths of character that will allow her to become The Iron Empress. She's finally, finally blossoming as a character. All that's needed now is for the next episode to air.